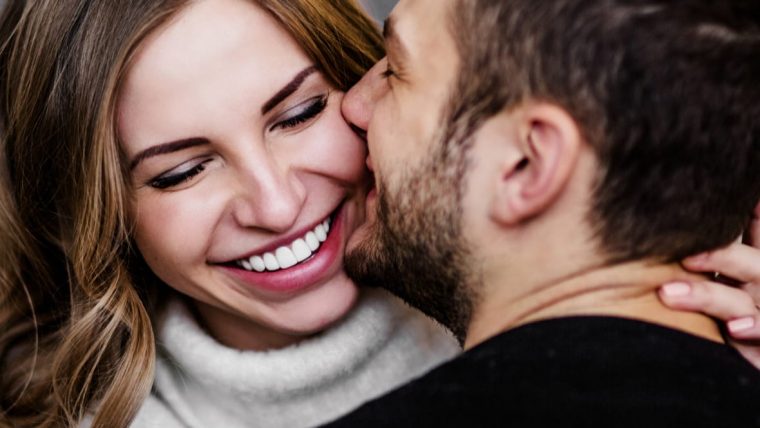 Hi lovelies, how are you? Are you ready for November and all that it brings with its transits? I know that I’m not… I’d rather skip it entirely, but let’s see what it has in store for the Capricorn man, shall we?

The beginning of the month is looking good for his romantic life, alas it’s not looking so good where his friendships are concerned. He might be thrown out of whack due to the changes that will happen within his trusted circle of friends.

The New Moon in Scorpio will highlight some rotten structures in the Capricorn’s life that need to change (and should go right out the window, truthfully). Now is the right time to lay all the cards on the table and come clean about emotional topics.

The middle of the month presents even more difficult challenges on the Capricorn’s path. November will truly test his mettle, and it is as if he just can’t catch a break. His saving grace will be found in daily work and obligations at this point in time. Hang in there, dear Capricorn, you’ll pull through!

I will only say that the Full Moon Eclipse in Taurus will have an earth-shattering effect on the lives of all closely involved with the Capricorn man. This Eclipse won’t be pretty, and it won’t be easy – but things have got to change, and there’s no backing out now!

The end of the month will be quite beneficial for dates and romantic activities, such as wine and dining, but the shadow of past events (and even future ones) will still linger and block the sunshine from the Capricorn’s eyes.

If this intro left you intrigued, then you must keep on reading!

The Fellowship Is Broken

The beginning of the month will put the Capricorn man in a good mood as the gas giants in his second house of income are finally direct; thus, his income will finally get to see some better days.

Venus is creating some pressure from his twelfth house due to a conjunction with two fixed stars and Juno, and that pressure he might not like, but in the long run, it will be good for him. Because it is forcing him to follow his heart’s true desires, despite the fears rising in the back of his mind.

The Capricorn man’s ninth, tenth, and eleventh houses are illuminated by current transits. His romantic communication will be flirty and charming in the coming days, and he will be softer in his approach than his love interest or partner is used to.

There is a lot happening in his house of friends, and he will be prone to cutting off some toxic people from his life, as well as rearranging the friendship structure. The Capricorn man is the sort of a person who prefers to keep it all inside, but this change in his friendships might shake him to the core.

If possible, it would be good to be kind towards him and be gentle in the upcoming period. His heart is in the right place, but he might try not to show it.

Got To Start Making Changes

Can you feel the tension? For the Capricorn man can certainly feel it at this moment in time. This New Moon transit is going to tie his love life to his friendships somehow. His eleventh house, the house of noble causes and friends, will be put under a harsh spotlight.

Combined with that, his ruler Saturn will find itself in a tough spot, and Jupiter, the planet of luck, won’t bring any luck to his door. Instead, this lunation will be a time of trials and tribulations.

This is the time of big emotional, personal, and professional change for the Capricorn man. Venus is conjunct fixed star Sinistra on the 29th degree of Sagittarius, and this brings great emotional drama and turmoil right to the Capricorn’s doorstep.

He’ll have to let down his guard and let go of the detached attitude that he’s been nurturing towards romance, and he’ll have to lay all of his cards on the table for all to see if he’s to be happy in the future.

This won’t be a time of fun and games, but it is a good moment for coming clean and confessing, as the great changes and turbulent restructuring is supported by Fortuna in his fifth house of romance and love.

This lunation is a once-in-a-lifetime opportunity for the Capricorn man (and his love interest or partner) to turn his luck in love around.

When It Rains, It Pours

As the middle of the month approaches, the Capricorn man won’t be able to catch a break, especially when his love life is in question. You see, Venus has moved into his first house, but Venus does not feel good in Capricorn in the first place.

Additionally, she conjuncts at this point in time Facie – the most violent object in the visible sky from the Sagittarius constellations. What this brings to the Capricorn man’s life is misfortune and sorrow in love. He really can’t catch a break in November, poor guy.

If it’s any consolation, Fortuna will bring luck in the financial field for him, but it’s not likely that it will be the kind of money that can overshadow the love troubles he’ll be going through at this time.

His eleventh house is beginning to bring meaningful realizations into his life, and the light at the end of the tunnel is starting to show – but it’s not over yet! There is still a ways to go for him, there is more evolution left hidden in this lesson.

His fourth house, the area of home and family, will take a hard hit. He might even receive some ungodly news about a friend or a family member that will put him in an even deeper emotional hole.

What he needs to do at this moment in time is focus on maintaining his health and his daily chores. There’s a saving grace in doing his job right now, and doing it right. If he manages to focus on his work and does the best he can, he can overturn these harsh energies into something productive.

The Full Moon Eclipse in Taurus in his fifth house, the area of romance, fun, and pleasure, will be intense. Against his sound reason and symbolically against his friends, he will seek out the fulfillment and a promise of love in front of him.

This Eclipse really bears the “alone against the world” symbolism for the Capricorn man. Especially since the Full Moon conjuncts the most maleficent fixed star of them all, Algol from the Perseus constellation. This can cause abnormal stress to build up in his body, and he might even pinch a nerve in his neck that will make him unable to see his feet.

As well, the events that take place during this Eclipse are destined to happen, as the Full Moon conjuncts the North Node. November is a very karmically charged and destiny-induced month. The only saving grace is that the Capricorn man is not alone in it (the Scorpio man doesn’t have it much better either).

I dare not say that this moment is good for either this or that, as these events are all predestined according to the stars. But it is a beneficial moment for the Capricorn man to open his heart and communicate all that weighs heavy on his chest.

And most of this will be directed at his love interest or partner. I would also say that if you go out together to stay away from water at this time. Even if it starts raining, find cover and stay out of the water’s way.

This Taurus Eclipse will change the course of many lives, and the Capricorn man is just one of them who will feel it first and possibly the most.

The end of the month approaches, but the intense situation is still going strong for the Capricorn man, and it will go on until the end of the first week of December, I’m afraid. The difference is that his twelfth house (fears, dreams, and seclusion) is becoming active, and he will have time to digest all that happened in November in peace.

Venus is drawing closer to Pluto in his rising house, and all the love that begins now for the Capricorn man will be fatalistic and possessive in nature.

But even still, both his fifth and seventh fields are active, which means this is a fruitful time to indulge in a date with his love interest or partner.

Activities like going out to the movies, having a dinner date, or exchanging soft words and romantic confessions are excellent for this moment in time.

The Capricorn man will feel encouraged to pursue his passion and desire to the fullest, so his love life can expect to take a deeper and more serious turn from now on.

Read next: 4 Proven Ways To Win A Capricorn Man’s Heart

The Capricorn man has been a true soldier this month, and he does deserve respect and applause for weathering all that rests on his shoulders without budging.

If you’re in doubt about your relationship with a Capricorn man or are looking for more specific guidance in love, then it’s time to check out my special offer. I’m providing my lovely readers with VIP consultation where I can answer all your personal questions in love and life.

>> Check it out right here!

Stay safe and hopeful my dears, the end of the tunnel is near. Until next time…