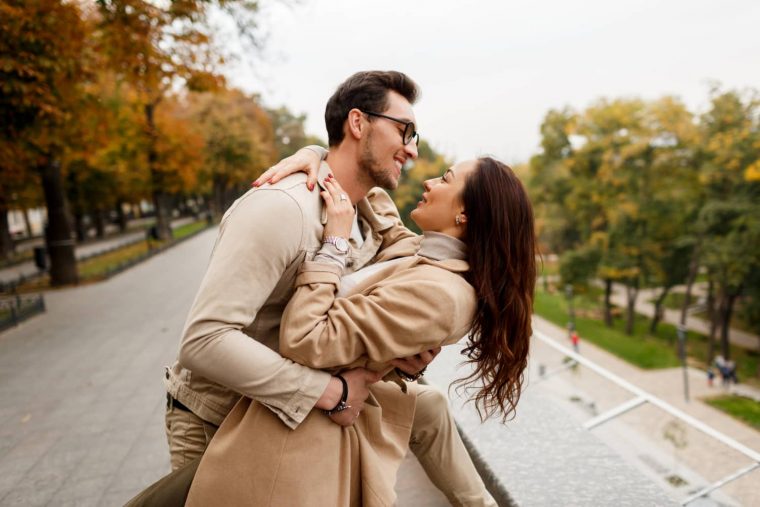 October is a… complicated month for the Capricorn man. He’ll have a great opportunity for career growth and he will be seen out and about, with a sparkling smile on his face.

But the New Moon might be more than just good news in the long run for Capricorn man… There are deeper layers that this New Moon brings for him that will only be discovered at a later date.

The Full Moon will see him wanting help – but never admitting it out loud. He’s going to feel the full weight of the Full Moon that might be followed by insomnia due to some heavy emotions. His intuition will be sharp as a blade, but will he listen to it or be stuck by his own hard shell?

The end of the month will reveal its cards and give a preview of the culmination of his twelfth house transit that will be in its peak during November.

If you want to find out what happens to the Capricorn man this month, then dive right in and see what the stars have in store for him. All I can say is that it is juicy…

The beginning of the month will be excruciatingly busy for the Capricorn man. He is used to hard work and difficult life challenges as his ruler is the lord of Karma, but he is unusually active for such a “slow” planet at the beginning of October.

There’s going to be an unpleasant or challenging event that concerns his finances and inheritance at the beginning of the month as well. Some kind of a hurdle is going to throw him off course, but he’ll overcome that too, as he has everything that has come before.

But he won’t be in a great mood, despite other positive aspects that are activating his fifth house of pleasures and his third house of communication. He’ll want to spend time with his love interest or partner, but it’s as if he simply won’t have the time until he settles the matters concerning his finances and inheritance.

Good news will come from his career area. There’s going to be some positive action there. You know how they say, “when one door closes, another opens?” Well, his opening door will come in a form of something positive tied to his career.

Despite him being busy at the beginning of the month, this means that there’s going to be cause for celebration – and that celebration will come later in the month. This certainly is good news!

This New Moon will be totally colored with the career accomplishments for the Capricorn man, which is great because this means there’s going to be a lot to celebrate. He’ll be in a great mood due to his success and he’ll want to celebrate, so off to celebrate you go! Capricorn man works hard, and no one parties harder than him.

He’ll be happy, (you might even struggle to recognize him as his face is so used to frown) and he’ll be all smiles and laughter. He’ll be in such a good mood that he will probably want to celebrate publicly. There’s a high chance that he will invite his love interest or partner to a professional gathering or a celebration that requires formal gala attire.

The Capricorn man will be in the mood for special-occasion-celebration, and he’ll feel the desire to dress up. This could be an amazing opportunity for you to see him in a totally different light, and under scarcely joyous circumstances.

This New Moon is one of the best for Capricorn man. He might overspend a bit in the heat of the moment, he should be careful not to spend too much because that can make him a bit moody later on. He should also watch what he says if alcohol is involved, because he may end up saying something that he will regret!

Sending Out An SOS

The Full Moon will be a mixture of a lot of different influences and aspects for the Capricorn man. From one side, his focus will be on speeches at work or even remedying something he possibly messed up during New Moon, and from the other, some matter of his home life will culminate.

Some of these matters have gone unnoticed by the Capricorn man, due to his laser-focus on his career and work matters. So much so that there might be quite a mess to clean up… On the other hand, his finances will improve and he’ll feel much freer than he’s felt in the last couple of months as Pluto that is residing in his first house will finally turn direct.

He’ll need some help with his daily obligations and chores, and there’s a window for his love interest or partner to jump in and “prove” her devotion to him. The Capricorn man will never ask for help, that’s something that has to be offered freely, or even pushed on him, so mind your steps and act wisely, this advice is not here by chance.

It’s very hard for the Capricorn man to weather the storms all by himself, but it’s even harder for him to admit he needs help, and this Full Moon will require all the help that he can get. It’s not fair, but then again, little is in his life, such is his karma. If you can help him out in any way, no matter how small or insignificant it may seem – do it! If not, just stay out of his way and don’t add to his already heavily burdened shoulders.

Read next: How To Make A Capricorn Man Feel Appreciated And Loved

The end of the month will activate his eleventh and twelfth houses of friends, teamwork, deep emotions, and seclusion. He’ll find himself feeling more spiritual than usual, and he might even share some intimate thoughts and feelings with his friends and love interest or partner.

The end of October will be like the silence after the hurricane has passed. The Capricorn man will want to spend some peace and quiet, with his friends and a crackling fire by his side. If possible, it would be great for him to could go out into nature for a couple of days, to spend the evenings next to the bonfire, roasting marshmallows, drinking hot chocolate and talking deep into the night.

If that’s not an option, then YouTube fire ASMR videos will have to suffice with homemade hot cocoa and some pumpkin pie. It’s a great time for him to lay back and rest, whether in nature or at home, it doesn’t matter – as long as he surrounds himself with his loved ones.

He’ll feel extra open for emotional talks, so he’ll call his love interest or partner to share in that private coziness and intimacy he’ll create around him.

If you feel like you need some more guidance with your Capricorn man, then why not take a look at my new VIP consultations. Let me help you get the love life you deserve using my knowledge in Relationship Astrology. I can answer questions and easy worries that you may have in your relationship. What are you waiting for?

Wishing you light and love on your journey.