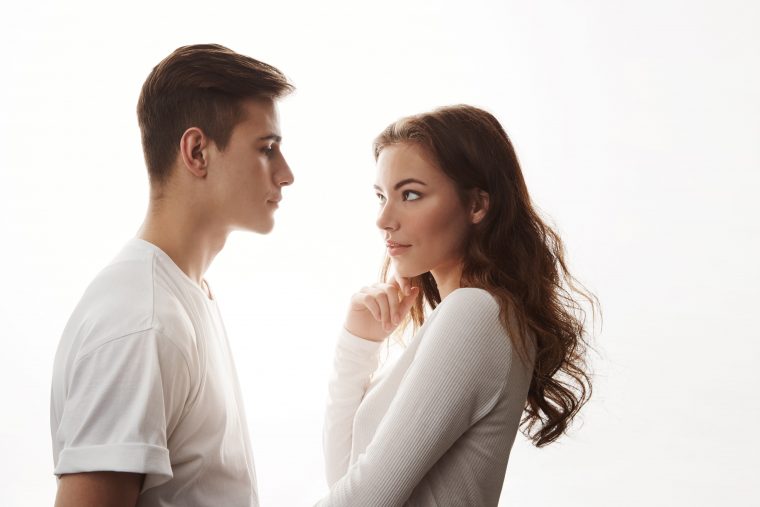 Is your Capricorn fella acting jealous with no obvious reason why? Jealousy is something all of us feel from time to time, and it has its roots in many different reasons. Usually, it’s got to do with insecurity, but there may be other causes, too. Find out why he’s letting the green-eyed monster take control!

Has your Capricorn guy started acting jealously, and you can’t for the life of you figure out why? In my experience as a Relationship Astrologer, these can be one of the signs that are prone to this uncomfortable feeling. And of course, it’s never nice to be on the receiving end of it!

Capricorn men are usually quite insecure, which can end up looking like controlling and jealous behavior. Many times, he’s hurting inside and doesn’t quite know to handle it. Of course, that doesn’t excuse bad behavior.

But, if you can understand where it’s coming from, you can have more compassion for his behavior, or at least, handle it better. You will always need to assess on what scale his jealousy is, because, sometimes, you’ll need to withdraw in order to make him realize it’s not okay.

These are some of the reasons why he’s acting jealous, and what you can do about it – especially if it’s the milder version of jealousy!

Why Is He Acting Jealous?

He’s Been Betrayed Before

Capricorn men are the types to love deeply and love hard – especially the first time they love. And often they are let down, which makes them close up and shut down. If he has been betrayed before, it’s very possible and likely he will project that on you.

Of course, that doesn’t make it okay, but it can bring you some insight. Ask him or find out if he has experienced betrayal before. This will definitely shed a light on things!

He Feels Out Of Control

Capricorn men feel the need to be in control. And when we are with someone, having strong feelings for them can make them feel dangerously out of control. This may reflect in acting jealously, wanting to dictate where you go, what you do.

Hopefully, this passes with time as he begins to feel safer with you but if it’s too much, you have the right to set boundaries! 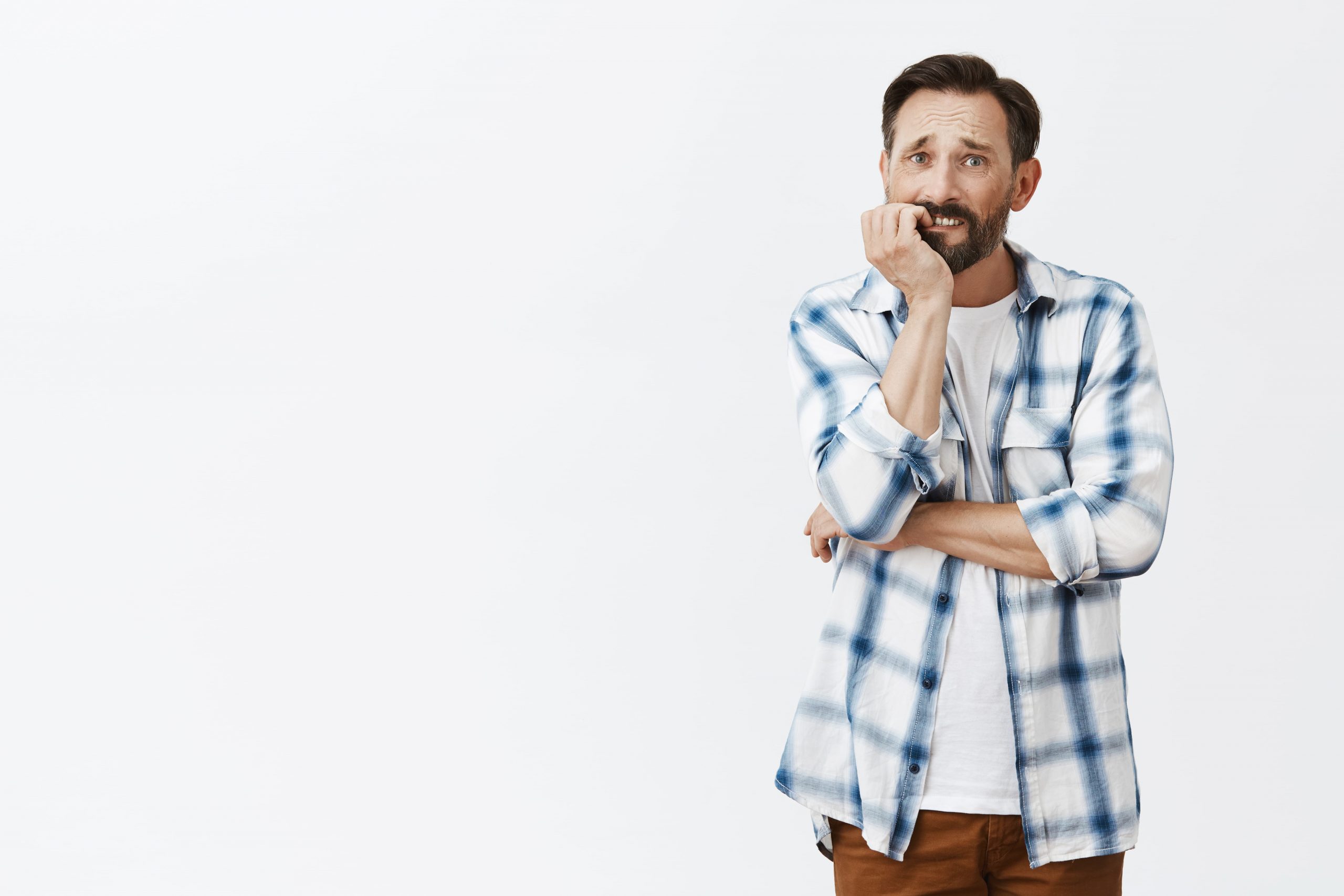 Almost all the time, jealousy is caused by insecurity. For example, he doesn’t feel good enough for you. Strange, right? He may come across as ultra-confident and in control, especially when he’s in his safe space – his career.

However, this is very often a sign that feels unworthy, and hides it very well. He is ruled by Saturn, after all, the planet that does indicate fears and insecurity at worst – strength and authority at best.

He’s Scared Of Losing You

Finally, one of the reasons why he may be acting in a jealous way is that he’s just scared of losing you. That’s natural and normal, and very human. Of course, it’s hard to tell when he’s throwing his weight around, so again, giving it time can help!

So now that we know a few reasons why the Capricorn guy may be acting jealousy, what can we do to handle that and have an enduring, happy and healthy relationship?

1. Draw Closer To Him

The first thing you can do when your Capricorn man is feeling afraid, is to simply draw closer to him. develop a deeper sense of intimacy and be open and vulnerable with him. This can help him to feel safe and secure with you, which should work to lessen his jealous behavior.

This also looks like spending more time together, especially in the beginning. Working on the foundation of your relationship can go a long way to making the jealousy go away. 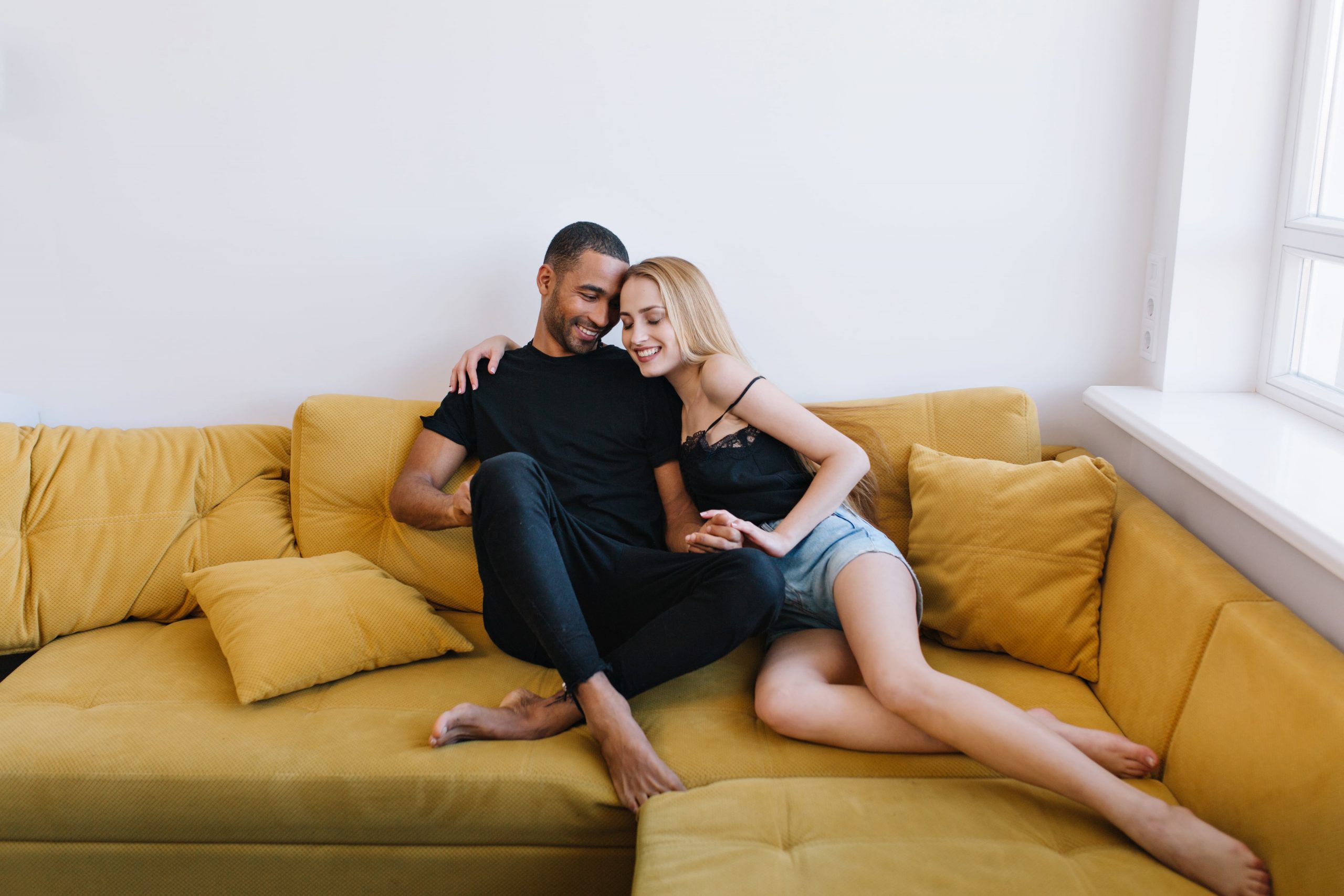 Everyone wants to feel loved, right? Even if he comes off as cool and nonchalant, the Capricorn guy needs as much love as everyone else. There are very good chances that he grew up fast and that his inner child hasn’t been well looked after!

Telling him you love him, getting him gifts, making him a meal or spoiling him can make him feel – you guessed it – safe and secure. And safe and secure people don’t act in jealous ways!

3. Boost His Self Esteem

One of the best things you can do to help this situation is by boosting his self-esteem. Tell him he’s the man, and that there has never been any other like him. Reassure his manly ego often, so that he really begins to believe he is as awesome as you see him to be!

People who are confident and sure of themselves, don’t need to be jealous – they know that they are fabulous people, and will be happy to give you all the freedom you need, too. You can even leave him little notes, send him messages and write him letters to remind him of why you chose him!

4. Prove You’re Reliable And Can Be Trusted 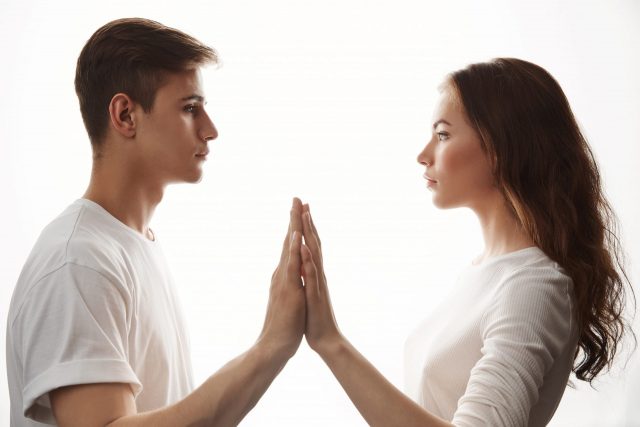 Capricorn men commit to women who are reliable and trustworthy. He often does have some trust issues, at which can make him behave in strange ways, such as being controlling, or even acting like he doesn’t care (but still behaving jealously).

If you show that you are always there, always on time, keep to your plans, and are transparent and honest about your movements, he can begin to relax and let go of the need to try and track your every movement or watch every conversation you have with other men.

This will take work, as all good relationships do. Consider this an investment, of your time and your energy!

Now, ladies, what may seem hard to do but is very important for your own wellbeing is to set boundaries! Let him know what’s okay behavior and what’s not. For example, a little bit of insecurity is totally okay, especially if it’s around an ex of yours or a guy who is openly flirting with you.

But obsessive behavior around where you are at every moment, trying to control your friendships, your phone or anything else is classes as somewhat abusive. There’s just no time when that is okay – so set your boundaries.

Invite him to talk about who he feels this way, but let him know he needs to sort it out to be with you. Guaranteed, he will admire and respect you more for it. He ultimately wants a strong, independent woman, believe it or not! There needs to be consequences for his behavior.

So – has your Capricorn man, or Capricorn ex, behaved in a jealous way before? What were his reasons, and what did you do about it? I love hearing your stories, so feel free to share them (anonymously) in the comments box below!

If you want to know more about this sometimes tough-nut-to-crack sign, check out my Capricorn Man Secrets book right here. This will help you to win (and keep) his heart for good!

How To Attract A Capricorn Man In May 2021

A Capricorn Man With A Scorpio Moon: What Makes Him Different?

How To Attract A Capricorn Man In April 2021

7 Ways To Make Your Capricorn Ex Regret Leaving You