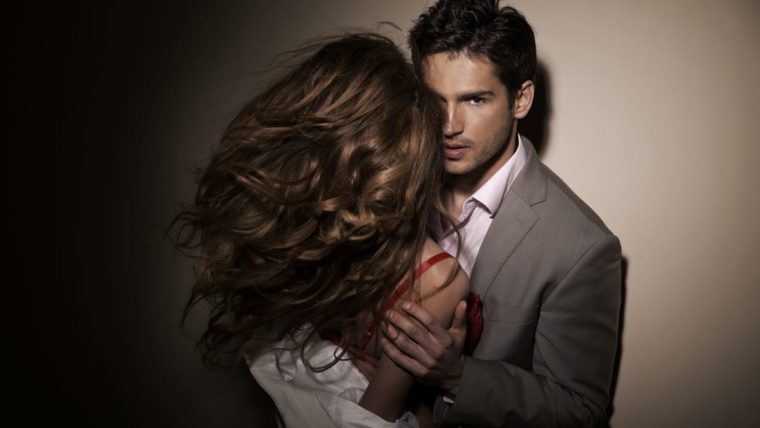 Hello, my darlings, how are you? I hope you’re ready to delve into the horoscope for the Capricorn man for December 2021.

The beginning of the month and the New Moon are very prosperous for the Capricorn man, and they don’t bring just monetary gain and raise, but also affairs and more romance on the horizon. Except the romance is hidden behind the curtain – he’s keeping it down on the low (for now), so let’s hope that this is not his permanent solution…

Midmonth puts him in a very romantic mood, in fact, so “romantic” that he won’t be able to control his impulses and objective decisions. For the first time in a long time! So, if you are the center of his attention at this time, you will know that his feelings are serious and are here to stay.

The Full Moon has him under a lot of physical pressure, and he’ll be wise to coup up at home and rest properly. But, it’s quite possible that he won’t be willing to do that, and instead, he just might call his love interest or partner out on a very peculiar date.

The Capricorn man will end 2021 with a bang and start 2022 in the same victorious spirit. He’ll be very open about his emotions and romantic inclinations, and he’ll most likely be the host for the New Year’s party. He’ll be the Cinderella Man of his own ball.

1. May All His Wishes Come True

So, at the beginning of the month, the Capricorn man is in an intense mood. Venus and Pluto make strong conjunction in his first house, the house of self, so if he has a glow up and a bit of mysterious and dark aura about him, you’ll know what this is.

The planet of expansion and luck (Jupiter) is in his second field, which governs finances and monetary gain, alongside his planetary ruler Saturn and Venus transiting his first house, his budget is on the rise.

And we all know that Capricorn feels happiest when he has money to lean back on. So, he’s in a good mood at the beginning of the month. Additionally, his twelfth house is active, and there’s a New Moon happening on the 4th that will influence it.

He’ll be prompted to act, and his wishes and desires will find a sudden way of coming true. And that’s very good for the Capricorn man, very good indeed! Some hidden affairs are possible at this time, and there’s also a chance he’ll renew an old flame, which may result in the start of a secret relationship.

Since Uranus is residing in his fifth house of romance, pleasure, and fun, I would say that it’s more than possible that the Capricorn man will be on the most wanted list starting December and delving far into the first trimester of 2022.

At mid-month, the Capricorn man finds himself to be truly irresistible. Mercury has joined the party in his first house, and Venus makes exact conjunction with Pluto. Venus, being the dispositor of his fifth house of romance and pleasure, speaks volumes.

He’s most likely to seriously fall in love at this time, and he’ll be forced to reevaluate his emotions. What’s more, he’ll be deep in thoughts about his relationship with money, too.

It’s very possible that he’ll come to realize that he has put a lot of value on material gain, and somehow, someone managed to sneak behind all of that, right into his heart.

The more time progresses, the more he’ll become desperate as all that he held dear and valuable (money and luxury) will start to fade compared to the feelings he’s becoming to develop towards that special someone.

If you’re his love interest, you can expect sudden calls to dates and outbursts of romance from his end. Most of the time, he won’t be able to be calculated and calm during this time.

His passions and a sudden rush of emotions will get the best of him, and he’ll act on his pure instinct, which is not something he’s known for (he’s not an Aries, for goodness sake).

Come to the Full Moon on the 19th, and the Capricorn man will feel his daily routines disrupted and overwhelmed with intrusive thoughts about his love interest or partner.

The transit factors are such that he might experience some health complications at this time. Some respiratory problems due to a cold or the flu he caught at the job. The best thing for him, for now, would be to rest alas, the Capricorn works until he drops dead.

He will be very love-oriented during this lunation, so much so that, in fact, he probably won’t be able to sleep. This won’t help his health, but that’s just the way he is.

It’s a good time to stay at home and have a good rest. If he opts to go out on a date, it will be something sudden, something unlike him, spontaneous and adventurous. It’s possible he’ll call you out on horseback riding.

If you go out for dinner, the restaurant will have a certain horse theme. It is very possible you’ll get to see him ride a mechanical bull around this point in time, and you’ll have a blast.

But health comes first; be wary of going out if either of you doesn’t feel up to par. The best thing to do during this time is to stay warm at home, be cozy and rest. If you can do that together, even better.

4. Everybody Loves A Happy Ending

The end of the month and the end of the year are looking just dandy for the Capricorn man. There’s an entire party in his first house – the Sun, Juno, Fortuna, Venus, Pluto, and Mercury – oh-la-la! Oh boy, it’s gonna be a wild ride!

He’s going to feel very good about himself, powerful even. He’s going to exhibit very romantic behavior and a charming demeanor, which is very unlike him. The conjunction between Pluto, Venus, and Mercury will help him open up about his inner romantic and blatantly say his feelings.

It’s very likely that he will be open for celebrating New Year’s in a bigger crowd, he might even host a big party, and he’ll be the star of the evening, for sure. Luck will follow him, especially in his verbal approach and dealings with others.

The Capricorn man is not used to Lady Luck being on his side, but he’ll use it and make the most of it. His libido will be very potent right now, and so you can expect a lot of romantic surprises and generous gifts you did not expect.

Well, there you have it, my darlings. What a good month for Capricorn man and his romantic life! I’ll say…

Some of these transits are going to feel different for individuals than I have explained here. While generally accurate, these predictions don’t reflect the entire depth of information found within your partner or love interest’s birth chart.