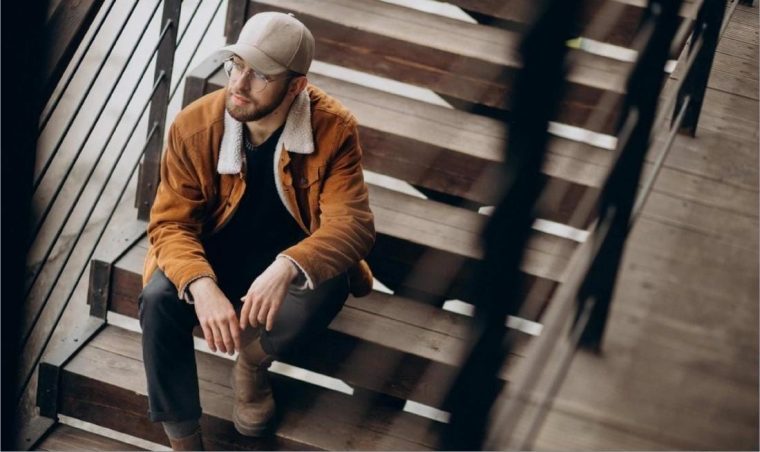 Hi my lovelies, how are you? How’s 2022 thus far? Exciting, I hope… Or interesting at the very least. Are you ready to dive in with me in the February horoscope for the Capricorn man? Let’s go!

The beginning of February holds nothing but praise, victory, and advances for the Capricorn man. There’s a hefty stellium in his first house of self, and Saturn is in a good mood, holding hands with both the Moon and the Sun. He is not slowing down his roll any time soon.

The 8th of February marks a very simulative and fertile time for the Capricorn man. His fifth house is lit up like a Christmas tree and he just can’t keep it in his pants! His personal winning streak continues, and his words are smoother than the fine wine. Take everything he says with a grain of salt at this point in time, don’t let yourself be deceived just because he hits all the right spots.

Then the Full Moon brings quite a culmination – no joke. Brace for impact and make room for recovery. This lunation will reveal hidden truths that might sting more than expected, but the Capricorn man still feels unfazed as his “invincible” role continues on.

The end of the month peaks his libido and high-voltage energies, but he continues on his winning streak. It’s a perfect time for romance and dating, so if you’re warmed up to him, do suggest and try out anything that comes to mind, he’ll go with the flow and provide you with a good time.

The Capricorn man has a lot going on, I have to tell you right off the bat. His first house is jam-packed with planets and asteroids, and it’s a party!

To begin, there is a New Moon conjunct Saturn in Aquarius on exactly the same degree – imagine that! Saturn is important because it’s the dispositor of his entire chart and it colors the entire stellium that is happening in the Capricorn man’s first house of self.

So, what does he have in his first house? The most prominent thing is Mars conjunct Fortune on a very prominent degree, the Kaus Borealis degree. Not only is Mars exalted in Capricorn, but it’s conjunct a fixed star that amplifies its abilities and strengths. So, the Capricorn man feels like he’s on top of the world come February.

There’s also Venus conjunct Vesta on Nunki’s degree, which means that he’ll receive a lot of favors from the opposite sex, make new friends with powerful ties and connections, and rise through the ranks at his work.

Then there’s also Mercury conjunct Terebellum, a fixed star, and Pluto. This gives him sharpness of mind (as if Mars conjunct Kaus Borealis wasn’t enough), cunningness, and a chance of winning at whatever he starts.

Saturn conjunct the Moon (and the Sun) in Aquarius, his second house of income, means that he is about to receive a serious upgrade in his salary and recognition whether he’s earned it fair and square, or not. Wow, what a roll for the Capricorn man…

Even his fifth house is amplified through the North Node and Ceres activating it. He will be a fan-favorite with the ladies, and many panties will drop on their own! He’s looking good… better than ever actually.

Uhh, so… dating advice? You don’t have to do much except show even the slightest interest in the Capricorn man and the opportunities for dates will rain left and right. Word of caution, though, if you get down and physical, do wear protection because his Capricorn junior has been places and has seen… things.

2. No Rest For The Wicked

Around the 8th of February, the Capricorn man’s fifth house is active thanks to the North Node, Ceres, the Moon, and Uranus who’re making a party in Taurus like it’s nobody’s business. The dispositor of this whole conundrum is Venus conjunct Mars in, you guessed it, Capricorn, his first house.

Venus is conjunct Mars, which is exalted, as well, Mercury conjunct Pluto is there, as well as Vesta in the mix.

All of this means that the Capricorn man’s romance hunting list will be active and he is ready to drive the nail home, so to speak. On top of all this, impregnating his lover or partner is very likely during this time, so be warned if that is not something you’ve had planned all along.

Thanks to Jupiter in Pisces, he’s very smooth with his words and generous with compliments, but be mindful of what he says, because we mustn’t forget about Neptune, too. He’s in there, with Jupiter, and Neptune is the lord of lies and illusions.

Some good dating ideas are to go with the flow, enjoy hedonistic activities and cozy times spent in the intimacy of your closed quarters. Going for a spin to a tasty restaurant, shopping, or just enjoying a good dancing party, are all valid options at this point in time.

On the 16th of February, there’s a Full Moon conjunct Regulus in his eighth house. This Moon opposes the Sun in Aquarius in his second house of income. Some financial situations will reach their culmination. Some money might be lost, and his temper might flare up.

Mars conjunct Venus, Vesta, and Vega in his first house. This gives him power over others and his head will be in charge, not his heart.

Mercury moves to Aquarius and his 2nd house, giving speed to the flow of money in his daily life. He might lose it as fast as he has gained it. His thoughts become more abstract and he is fast on his feet, so to speak. He will think ten steps ahead and be a lot more in his head than he was a couple of days ago.

A serious note overcomes the Capricorn man’s fifth house due to the North Node conjuncting Algol – the Medusa’s head, a fixed star. This means that whatever happens in his romantic relations now had to happen and there was no way around it. As the North Node is involved, this is something that karma served quite cold to him based on his past behaviors and choices.

Brace for impact, for you might find out some very disturbing or unpleasant truths about your Capricorn man.

If all is good and dandy, then some good dating advice would be to enjoy the animalistic rise of his libido and go down to town if you feel like it. It’s a good time for debauchery and succumbing to passion and wild desires.

4. No Lesson Was Learned That Day

The end of the month brings forth a seismic culmination of the entire romance conundrum which the Capricorn man has let simmer over the past weeks.

The North Node and Fortuna conjunct Algol in his fifth house of pleasure, romance, and fun. We mustn’t forget about Uranus residing there either, for he is the disruptive force that forces changes.

Vesta, Venus, Mars, and Pluto are all in a tight embrace on the closing degrees of Capricorn in his first house. This means that he still feels very powerful, maybe more than ever, but karma is closing in on him. His passions and desires run amok, with nothing to keep them at bay.

Mercury conjuncts both the Moon and Saturn in Aquarius, his second house of income. This means that a short trip is almost certain for him. Money will find its way to his deep pockets, no doubt.

The Sun conjunct Jupiter and Jupiter conjuncts Neptune in Pisces, his third house of short travel, communication, and verbal experience. This means that now more than ever, he will be prone to twisting and bending the truth for his own gain. And the planets are on his side, he has the upper hand.

In other news, these transits are perfect for dating and date opportunities. Traveling somewhere together, spending time in closed, cozy quarters, watching fantasy movies and shows together, and even exchanging good books are all valid ideas for this point in time.

Read next: How To Properly Communicate With A Capricorn Man

There you have it, lovelies. No one should like this prediction more than Capricorn man. He really is blessed during this month. The only question is will he make the best use of it, or will he squander it on short-lived pleasures… remains to be seen.

As always, some of these transits are going to feel a little different than what I have explained here. While generally accurate, these predictions don’t reflect the entire depth of information found within your partner or love interest’s birth chart.

Enjoy your month of romance with your Capricorn man, you both deserve it!