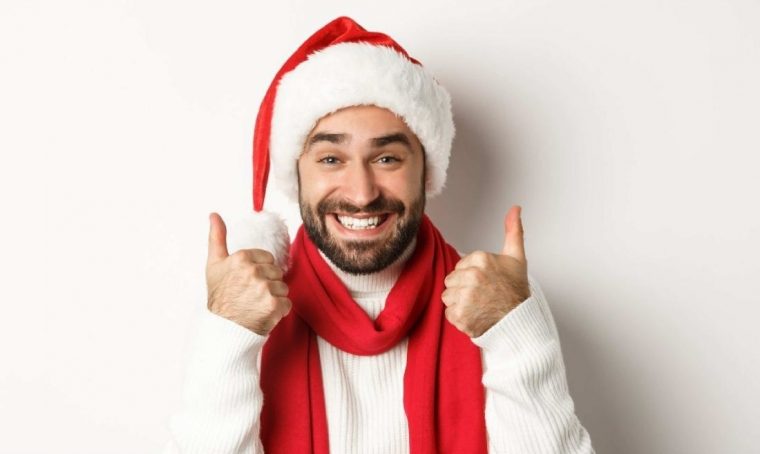 Hello darlings, how are you? All is well, I hope. New Year’s was in order and you’re all set and ready for the new year to begin. If that is the case, then let us delve into this month’s predictions without further ado.

The beginning of the month puts all the spotlight on the Capricorn man, and him alone. He’ll be in a bit of a paranoid and elusive mood, especially when his money is concerned, so he’ll require all of the attention and love you are able to give him. Spending time near the body of water can be very crucial for his mental health at this point in time, so that’s something to think about when planning dates.

The end of the first trimester is such that he is better off spending it at home, or at a secluded location where he can retreat to his man-cave, play video games, exchange lighthearted texts and watch some movies that will put his mind at ease.

The Full Moon creates an explosive atmosphere with his partner or spouse, and that is fortified with growing tensions with colleagues at work. He needs to retreat to his man-cave at this point in time, and he needs to clear his head in order to function properly again.

The end of the month provides a breath of fresh air, and things are looking up for the Capricorn man, again. Dating opportunities are plenty, and his finances have recovered (thank goodness), so his mood is definitely doing much better and he’s much more relaxed than before. Make adequate use of it.

1. Working Toward The Finer Things In Life

On January 2nd, we have a prominent New Moon happening in the Capricorn man’s first house. The Moon conjuncts the Sun and Juno, but both Venus Rx and Pluto are there as well. This means that the Capricorn man is experiencing a preview of what’s to come for him in 2022.

Mars, Vertex, and Vesta are traversing through his twelfth house of hidden enemies, dreams, and illusions, and this means that he is prone to being a little bit paranoid during this time. Thanks to Venus Rx conjunct Pluto, he’ll be a bit more on the edge where the money and his heart is concerned.

The Capricorn man will be prone to protecting both with all his might, and he might even overreact to some benign jokes and minor inconveniences. Rulers of both his romance and love houses (fifth and seventh) are residing in his sign and his first house.

This means that he’ll be more focused on himself and he’ll expect the same focus and dedication from his lover or partner. He has a lot of worries and paranoid thoughts right now, so he’ll want that extra support and attention even though he would never ask for it out loud.

His third house is getting pretty lucky with Jupiter on the 0th degree of Pisces and Neptune has been residing there for quite some time now. This means that he will be smoother with his words and that he’ll visit the seaside more often. This will be very beneficial for his psyche and subconsciousness.

On the 9th of January, we have an Aries Moon in the Capricorn man’s fourth house, together with Chiron, this means that some painful family topics are going to be triggered for him. Further then, the ruler of his fifth house of pleasure and romance, Venus, is in retrograde and conjunct the Sun and Juno in his first house of self.

Taking into account the current state of his fifth house with Rx Uranus conjuncting Fortuna, and Ceres moving retrograde as well, to him it would seem that all things concerning love are going backward and in the direction he’s not ready to deal with at the time being.

His money is going well for now, but Mercury is in its shadow phase, plus it’s conjunct Saturn, so he senses that something will turn for the worse so he might be on a saving spree. He’ll be unwilling to spend money at this point in time.

So good activities for this transit include staying at home, cooking together, exchanging lighthearted messages and memes, playing video games online or in person, and avoiding heavy subjects for the sake of his mental state.

Even the placements in his third house are indicating that he is better left alone at home, to his own devices than he is outside and spending money.

3. It’s Time For Peace And Quiet

The Full Moon taking place in his seventh house indicates that falling out with his significant other is quite possible, especially if we take into account the ruler of his fifth house, Venus, that is retrograde on a very combative degree in his first house of self.

The Full Moon makes an unpleasant opposition with the Sun and Pluto in his first house, so this is bound to create some friction between him and his significant other. Especially if take into account Mars that is conjunct to a very malefic degree that throws its influence on his cardiovascular health.

This all means that he is more prone to getting worked up and having his blood pressure through the roof, especially about small things. And he is getting even more irritated about his finances and sudden expenses as Mercury has turned retrograde, as well, and is now making its way back to Pluto.

Tough times for the Capricorn man, but not all is lost. His third house promises a silver lining in the form of a day excursion to the seaside or a lake house. He’ll gather his thoughts and have some peace there.

Good activities for this lunation include less talking and more hand-holding, taking in the peace and quiet of nature, listening to music, driving around, and playing smartphone games that offer lighthearted fun without long-term consequences (like gambling).

4. Blue Skies Are Peeking Through

The end of January makes a nice promise of things to come in February. Mars has finally moved to Capricorn where it is exalted, and it conjuncts both Vesta and Venus. Venus has turned direct, and all of this is very good news for the Capricorn man.

This means that his psyche is better, and he is ready to take back control of his daily life and exercise routines. He’s feeling more himself, and that means his libido is back and he is ready to spend some very romantic time with his lover or partner.

He still needs to pay attention to his health, but that is on the way to getting better, as well. His second house of income is now in very good shape, and he can expect a sudden money influx, which will definitely put him in a good mood. Very good mood.

His third house holds such placements that romance is in the air around him, thus good activities for this point in time include romantic dinners, movie nights, dressing up and going to fancy occasions, spending time in public, and going shopping.

His appetite will open up, so going to good wine and dining almost every night of the week can be a good hedonistic idea and foreplay. Things are looking better, and his mood is definitely on the rise. A very nice finish to the first month of 2022.

Read next: How To Show A Capricorn Man That You Really Love Him

There it is darlings, the prediction for the first month of the New Year. Hopefully, this made some necessary clarifications for you. If not, you always know where to find me.

Some of these transits are going to feel different for individuals than I have explained here. While generally accurate, these predictions don’t reflect the entire depth of information found within your partner or love interest’s birth chart.

If you’d like to get the FULL roadmap to making 2022 an amazing year with your Capricorn man, you don’t want to miss this special 2022 program here.

Stay healthy, stay well, and stay sparkling, until next time!