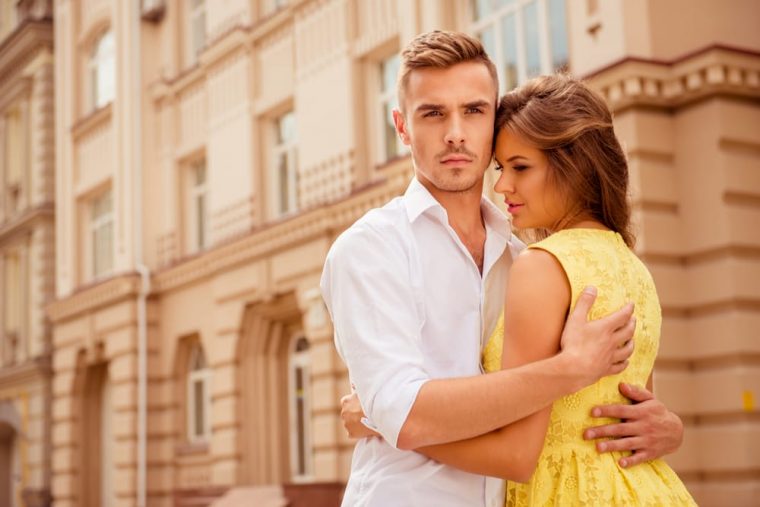 How to Attract a Capricorn Man in August 2020

Every month, the planets change signs and affect our relationships. Depending on the planetary movements, it may be tough to understand the needs and desires of the Capricorn man. But with my tips based on the monthly energy, you can draw the attention of a Capricorn man or improve your relationship with one in August 2020.

Attracting A Capricorn Man In August 2020

If you asked a Capricorn man to describe Leo season in his own words, he would probably respond, “a season of mystery and desire.”

This can be a mysterious time for the Capricorn man; the Sun in Leo transiting his eighth house of soul transformation until August 22 causes the Capricorn man to be more withdrawn and secretive than usual.

Because the eighth house rules the underworld, during this period the Capricorn man is most attracted to the woman who is sensual and alluring. He wants to be with someone he finds intriguing and seductive.

The most important thing about the Capricorn man in August 2020 is knowing how to give him his space.

If you find that he’s acting distant and moody, don’t press him for answers. Perhaps you can leave him a note with lunch and a cup of his favorite beverage instead.

By acknowledging his mood without words, he recognizes your respect for his mental health and physical space. Your ability to honor his boundaries without conflict will turn him on.

Whatever you do, just be mindful that the Sun in Leo can influence the Capricorn man to be less disciplined than usual. If you find that he is being too stubborn or emotionally withdrawn, let him know how you feel. Encourage him to find a healthy balance of self-reflection and isolation.

At the same time, his withdrawn mood will be very short-lived.

With the Sun in Virgo moving into his ninth house of exploration on August 22, the Capricorn man’s focus will shift back to fun and adventure. Virgo season is a time of expansion and visualization. Wait until September to make a serious move.

After three months of Venus exploring the Capricorn man’s sixth house in Gemini, the planet of love will enter his seventh house of Cancer on August 7.

During this period, focus on catering to the sensual and intellectual side of the Capricorn man.

Although Cancer is a cardinal water sign, the seventh house is an air house associated with Libra. Because of this, I’ve found the Capricorn man will want to talk and stimulate your mind.

If you and the Capricorn man are not in a serious relationship, this transit is an excellent opportunity to see if you’re a good match.

Because Cancer is Capricorn’s opposite sign, there may be some tension when it comes to seeing things eye to eye. This is especially true if you are a cardinal sign (Aries, Libra, Cancer, Capricorn).

For example, you may have the same values but share different beliefs. And because you are so used to agreeing with each other, you may struggle with accepting a disagreement.

However, by getting to know him, where he comes from, and what he wants for his future, you decrease the risk of having a failed relationship later.

Be cooperative and work it out.

When it comes to love and life for the Capricorn man in August 2020, it can be somewhat complicated.

On August 4, Mercury, the planet of communication, will enter the Capricorn man’s eighth house of Leo until April 19.

With Mercury in Leo highlighting his eighth house of intimacy and transformation, the Capricorn man is more reactive to the words of others. This isn’t the time to ruffle his feathers with rude comments.

To avoid conflict, be mindful of your words and body language. Make sure to always think before you speak.

During this transit, the Capricorn man is attracted to the woman who is emotionally mature and mentally stable. He is turned on by the woman who can speak her truth without sharpening her tongue.

I’ve found that this transit can also increase the level of intimacy in the bedroom. If you know your man is a fan of sexy talk, send him a frisky text and tell him how excited you are for him to come home after work.

Even if it’s a simple “see you later, handsome” text every morning, remind the Capricorn man with your words (and actions) how much you like him. He wants to hear how much he turns you on.

With Uranus, the planet of innovation and technology, stationing retrograde in Taurus on August 15, the Capricorn man is ready to make positive changes to how he expresses and shares his love.

Instead of being cold-hearted and withdrawn, the Capricorn man is learning to be more transparent with his feelings. He’s learning that being consistent and a great provider isn’t always enough.

Because of his ability to stay committed in a long-term relationship, he is attracted to the woman who is fun-spirited, trustworthy, and sincere.

If you are a Taurus, Scorpio, Libra, or Gemini woman, this transit is an opportunity to get to know the Capricorn man beyond his ability to provide. How do you connect mentally, emotionally, and spiritually? Make sure you both have what it takes to make it long-term

If you are a Cancer, Pisces, Aquarius, or Capricorn woman, this transit is an opportunity to experience the more light-hearted and playful side of the Capricorn man. During this period, try to be more spontaneous and forward-thinking. Instead of doing what you always do, find some new hobbies, restaurants, and fun activities to explore.

If you are an Aries, Sagittarius, Virgo, or Leo woman, this transit is an opportunity to build an intellectual connection with the Capricorn man. During this period, focus on getting to know his likes and dislikes. Pay attention to how you can best fulfill his mental and emotional needs.

Overall, if you want to attract a Capricorn man in August 2020, I suggest giving him space to self-reflect, get to know him one-on-one, watching your words, and being patient.

For those who are ready to dive deeper and start your journey to unconditional love with a Capricorn man, my guide Capricorn Man Secrets is better than any daily, weekly, or monthly horoscope app you’ll ever read.

Instead of just giving you the basic knowledge of the Capricorn man, I share real-life stories and examples of women who have been where you are and now have the relationships of their dreams.

In this intuitive guide, I’ll share with you my top secrets for winning the heart of the Capricorn man. If you’re ready, purchase Capricorn Man Secrets here.

And why not take my free love and compatibility quiz to find out if you and your Capricorn man are a match?

I’d love to hear your results in the comment section below!

Your sister and relationship astrologer,