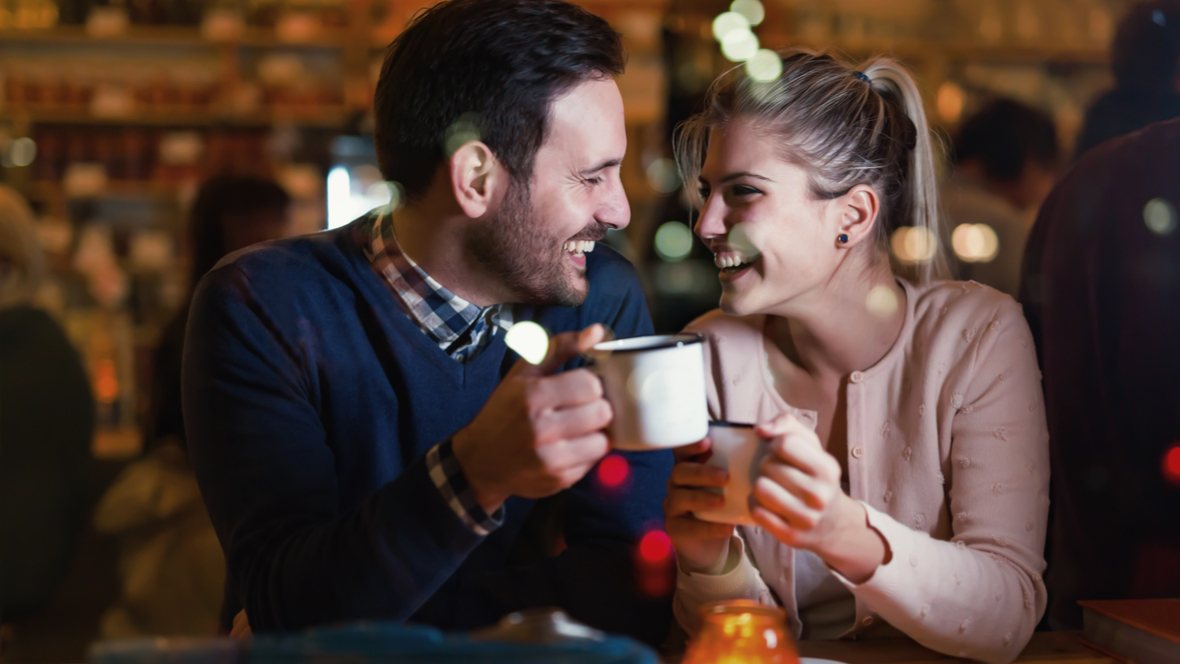 So you’ve found a clean cut, stand-up type of guy who you find out is a Capricorn. How in the world do you get him to notice you let alone go out with you on a date?

I am going to help you lure that delicious man in with these few easy ways. Keep reading to learn how to ask a Capricorn man out and get him interested in more of you.

Should I ask A Capricorn Man Out?

This is probably the first thing you’re asking yourself in order to figure out if you should go for it or hold back. Is it best to let him know what’s up to asking him out for coffee?

Should you play it low key and just wait to see if he’ll ask you out? What to do and how to do it starts to consume your mind because he is after all; irresistible.

That being said, I think that if you’ve gotten relatively close to a Capricorn man with friendship, you shouldn’t be afraid to ask him out. Take it slow and try to do it in a friendly way.

You can ask him to go to a movie with you or something that’s out in public so it doesn’t feel too much like you’re trying to get him alone. You may want that but you’ll have to wait on that part.

Asking him in a group setting with friends isn’t a bad idea either. He’ll feel part of something and he’ll be really happy you asked. Again, I mentioned coffee but you can also do dessert, or anything that’s not serious.

If you’re still asking yourself that question then you need to explore why you’re so nervous and work on it. Sometimes a Capricorn man requires risk. If you don’t take the chance then you may not ever win him over. 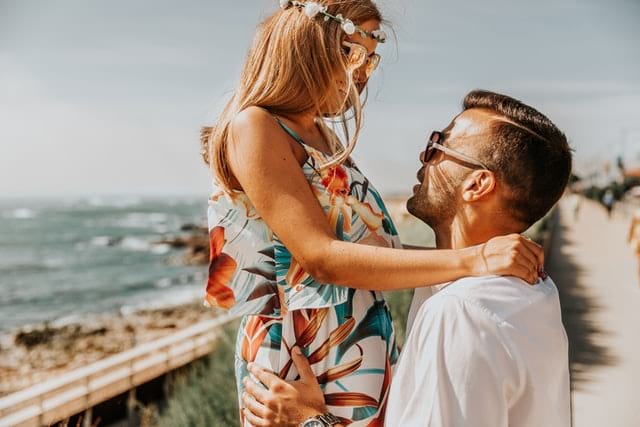 How To Ask A Capricorn Man Out

Here are some definitive ways you can dive on in and get around to asking your beautiful Capricorn man out. Below are some ways how to ask out a Capricorn man. Pay close attention because it’s important for you!

There is no fast movement with a Capricorn man. He likes to take his time to get to know someone before he will decide if he wants to actually go out with her or be more than friends.

That means that you have to start with friendship. Get to know him; talk to him, ask him out as a friend and see if he’ll go hang out with you and perhaps some of your friends.

Luring him to hang out will entice him to have a good time and maybe get to know you a bit better if he is interested in you. You’re going to have to show him who you are and what you’re about.

Be honest, be forthcoming, and let him know that you are a rock for whoever decides to date you. There are other qualities you have that he needs to see as well so be open to him.

2. Hold Off On Intimacy 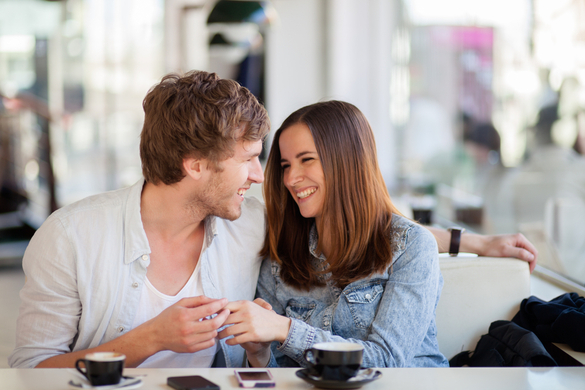 While the Capricorn man may be a bit of a freak in the sack; he’s very picky about who he’s going to let loose with. If he doesn’t know you or just met you recently; he’s not about to open this part of himself up to you.

If he does go to bed with you rather quickly; he may only have friendship in mind. So be careful that you don’t end up as a one night stand or a “friend with benefits”.

Be very clear on your intention with him because he takes it seriously. He has his own moral code that he follows and won’t deviate from it. For him to become intimate with someone requires lots of time, effort, and trust.

This is something that has to cultivate over time. You can talk about your personal life but try to leave sex out of it if possible. Talk about your past relationships and what you’re looking for.

The Capricorn man is sophisticated. However; he does like a woman who can make him laugh and talk to him about things that really matter in life. In fact; if you can get him to talk about his belief system, it will tell you a lot about him.

When you find that you actually do agree with him or have a similar system of believe; you’ll easily find common ground. This is a good start. You can then find jokes to lighten the mood.

You can even try getting him to see the latest comedy at the theater with you; as a friend. Tell him you really want to go see it but would rather have someone with you. He’ll probably take the bait.

Granted; he may not know you’re interested or think of anything other than friendship but the more you build that up; the more he’ll start to see you in another light.

4. Fashion Has To Be On Point 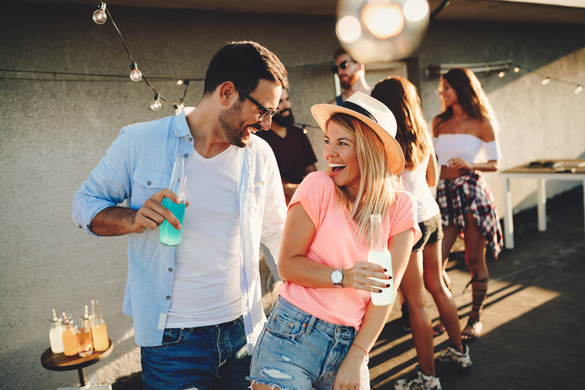 Capricorn men are typically dressed very well. Even if he’s wearing jeans and t-shirt; the shirt will be very clean and maybe pressed. The jeans will look very tidy and he may have a certain style like rolling the cuffs.

No matter what this man is wearing; he will make it look like it’s the most fashionable outfit you’ve seen. He will have his hair neatly combed or slicked back.

It’s important to him to always look his best. Even if he’s a biker; he will look like the tidiest biker you’ve ever laid eyes on. That being said; he’s looking for a woman who will also care very much about her appearance.

Looking professional and neat is something he admires. That means that you’ll want to make sure you’re going to meet someone important. Capricorn man is important though so why not?

The man himself looks like he’s a model. No matter what he’s got on, he looks like he meant to look on top of things and be impressive. I think it’s ingrained in his DNA.

Read next: How To Get A Capricorn Man Interested In You – Capture His Attention

Capricorn guy isn’t going to want to play guessing games with someone. If you’re into him; let him know. Tell him that you find him to be very interesting and you’d like to know him better.

He will appreciate this and at this point he will let you know if he’s into more or if he simply wants to maintain friendship only. Just be aware that once he’s in a relationship with someone; he tends to stop talking to his “friends” that are female.

This is where he doesn’t do the double standard. If he doesn’t want you talking to other dudes; he’s not going to talk to other women. What’s right is right. Capricorn is always good about this.

So as far as getting him to go out with you, tell him flat out that you really sort of dig him and that you’d like to go out sometime if he’d be up for it. He’ll either say yes or he’ll tell you he isn’t into a relationship right now.

Either way you’ll know the truth. Hey, it’s better to put your neck out there though and ask otherwise he may never get around to seeing more about you or may see you as a friend thus not spending time together much.

I will say this, Capricorns are very different and unique. It’s no wonder you want to be close to him. You need to know that he really loves having only a few friends and sometimes they are female.

He  also has female friends when he’s single typically and so being friends first is the best method that you can employ to get closer to the Capricorn man. As long as you keep that in mind; you’ll possibly find success.

Getting to know him definitely helps and of course; showing him how brilliant, beautiful, and trustworthy you are will get him interested. Get out there and show him what you’ve got and win him over!

Oh hey, I have some really cool information to share with you. Did you happen to know that hot to trot actor Orlando Bloom is a Capricorn guy? I was pretty shocked to learn that and figured you might be as well.

It’s really cool to do a search on male Capricorn celebrities. It’s unbelievable the actors that come up. The females are shocking too really. They’re unique for sure. You should check them out sometime. It’s fun.

Have you asked a Capricorn man out and were successful? What technique did you use to win him over? Please share with me!