Capricorn Man Ignoring Texts – Do Not Let It Go Easily!

Why He Isn’t Returning Your Texts

Sometimes it’s true that a Capricorn man will play the hot and cold game. This will include going silent out of nowhere when everything seemed just fine. Capricorn man sometimes does a disappearing act.

He tends to do this when he feels pressured or feels he isn’t getting enough space. He likes personal freedom and rather than make it a point to let his partner know this, he may just take it by vanishing.

He will likely come back if he is really into the partner or is in love with her but such behaviors really shouldn’t be allowed by the woman. Honestly, he needs to learn to communicate and let his partner know when he feels he needs space.

This is just one reason why he would be ignoring your texts. That’s the main thing that drives the Capricorn man and so this is something totally normal from his perspective but it’s still not exactly acceptable either.

In this case, you really want to let him know it’s not alright to just disappear without even so much of a text to tell you he needs some time or space to himself so he can think.

Another reason he might not return your text is that he’s really angry or upset about a conversation or argument you two may have had. When he’s upset, he has to take some time to decompress.

While you’re over there blowing up his phone with texts, he’s looking at how desperate you look and decides to make you sweat it out. He really doesn’t like drama and he doesn’t like feeling pressured in any sort of way.

If you find he isn’t responding to the first couple of texts you send. You need to send one telling him that you’re going to go ahead with your own life and he can reach out when or if he wants.

This lets him know you’re not going to sit around and wait on him. This also lets him know that you have a life and aren’t making him your main priority. This may wake him up.

If he is upset though, you probably want to back off and let him have a bit of space so he can cool off and get his head together. Maybe he just needs a breather for a little bit. 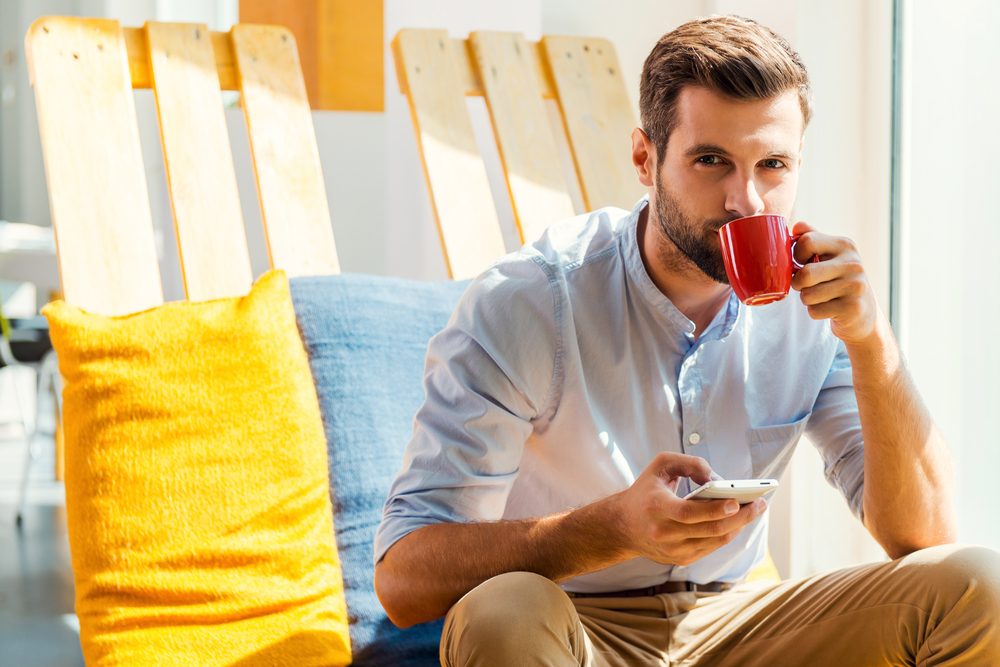 The other option here is that Capricorn man has decided that it is over with you. He may have had one too many things happen that he never bothered to tell you and decided to be done.

Sometimes he will not like something about someone and then suddenly, he decides he doesn’t like anything about them anymore and thus he goes dead quiet.

Typically if he’s honest though, he’ll actually tell you it isn’t working out but it maybe after some time of going quiet. Again, if he goes quiet and you have no idea what is going on, back off and let him know that you’re going to go ahead and do your thing and he can feel free to contact you when he’s ready.

Just remember that if you tell him that, you actually do need to do it. Don’t tell him you’re going to and then sit around pining over him. Put your phone down and spend some time with your friends or family.

Go do things that make you happy and remember what it was like before you got together with him. You don’t need him. You want him but you don’t NEED him. Rely on yourself and show him you are independent.

The odds are, if he sees that you’re not sitting around waiting on him to respond, he’s going to step forward again because he feels confident that you aren’t needy or clingy with him.

Ultimately he wants a woman who has a life outside of him that will take time for herself so that he can take time to take care of his own needs at the very same time. It’s easier for him.

When He Isn’t Responding, Here’s What You Do

Ladies, don’t chase him! Let him know that you’re there for him but you’re going to take care of yourself. By not constantly trying to elicit a text back, you’re backing off and letting him be.

He’s probably not going to expect that you back off so when you do, it will be a nice change that he will welcome. He’ll more than likely respond in a positive way as well.

If he doesn’t and he still doesn’t come back around then it’s likely he’s decided you aren’t the one for him and he’s not going to put any more energy or time into having a relationship with you.

Be firm but don’t be mean. Simply text him and let him know that when he decides to talk to you again, you’ll be there but you’re going to go ahead and start doing your own thing again.

I’m not saying you should break up with him but in some way, you want him to think that you’re going ahead with your life and not sitting around wasting energy or time waiting on him.

He’ll probably be impressed by this instead of running from you. Sending one or two texts indicating your intention and letting him know you’ll be there when he’s ready is more than enough.

Another thing here is that when he does come back, you need to let him know that going silent is unacceptable. Tell him if he’s upset with you, has a problem, or wants time alone that he needs to let you know instead of going dead quiet.

19 thoughts on “Capricorn Man Ignoring Texts – Do Not Let It Go Easily!”

How to Attract a Capricorn Man in May 2020