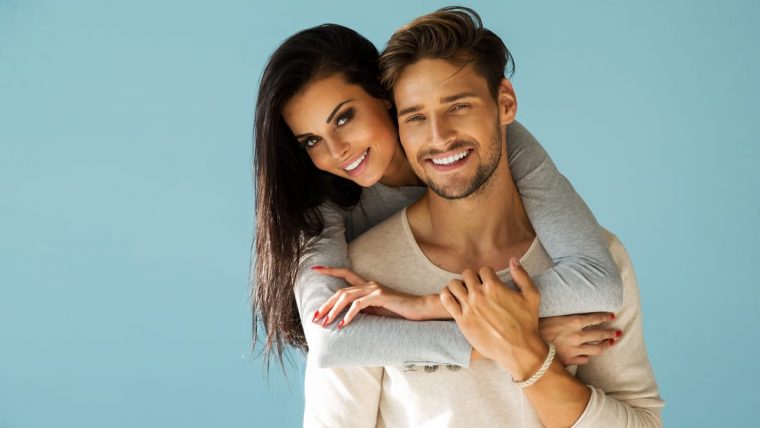 Modern dating isn’t easy for anyone! And while being “friends with benefits” might seem like a great option for a while, there sometimes comes a point where you’d like to take it further. It’s tricky to get your man on the same page, especially the sometimes-intimidating Capricorn fella! Find out how you can go from casual to exclusive with him!

Capricorn men are almost never an open book. In fact, they can be downright mysteries, and it’s hard to know if they’re on the same page as you when it comes to your relationship.

Here’s the truth: all a Capricorn man wants, deep down, is a committed, long-term relationship. But it’s possible that he’s been burnt so many times he’s just too scared to open up his heart again, and he’ll never tell you that!

Capricorn is an earth sign, and all earth signs long for that stability and security. However, some do go through the bachelor phase, especially after a divorce or tricky breakup, and they’re able to switch their hearts off completely. This is when they act with only their primal desires in mind!

In the long run, this may hurt you, especially if you’re looking for something more. Maybe you and Mr. Capricorn started out as friendly sexual partners, but now you’re falling for him and want something more. And maybe more simply looks like exclusivity.

How can you get your Capricorn man to think the same way? Here are a few tips, gathered form my years as a relationship astrologer!

First of all, as hard as it is, if you want to go from being friends with benefits to exclusive with a Capricorn man, you have to take your time. Earth signs never, ever rush anything important, and if you push them too far too fast, they’ll simply close up and shut down.

What kind of time are we talking about? A month? A year? Truth be told, somewhere in between is often best. It’s a balance between not letting things go on for so long that he thinks he can have his cake and eat it too, but not so short that he thinks you’re pushy.

My advice would be six to eight months at the maximum of continuing as FWBs before giving up on commitment. After that, he may just lose respect for you, and a Capricorn man needs to have respect for his woman, first and foremost!

2. Tell Him What You Want

Here’s the scary thing — you need to step up and tell him what it is that you want. So many of us ladies simply go along with something, never realizing we can lead, too. Leading doesn’t mean that you’re pushy or bossy. You can lead in subtle ways, too.

Simply telling him, one day, that you’d like to become exclusive, no frills or sentiments attached, no tears or drama, may be the perfect way to get him on the same page as you. It shows that you respect yourself and are willing to put your feelings on the line.

After all, what’s the worst that can happen, really? He could say no, but it’s information you need to have. In the end, you’ll end up saving yourself so much time and heartache for this one moment of risk!

3. Respect Him — and Yourself

Capricorn men love a woman who’s confident in herself. You might even say to him that you respect the connection you have enough to make it exclusive. That will make him sit up and take notice of what you’re saying and admire you for saying it.

If you don’t, you may end up just being friends with benefits for years. This can create a lot of pain and drama in the long run if one partner isn’t satisfied with the arrangement.

4. Show Him You’re Willing to Commit 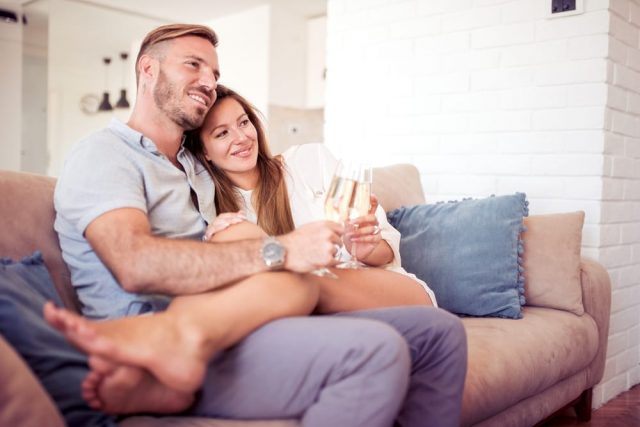 Commitment is a big deal for most, if not all, Capricorn men. As an earth sign, he actually seeks this out, and you may be surprised to hear that he’s typically the type who really believes in marriage.

It could take time for him to believe in it again though, especially if he’s been burnt before, However, you can show him you’re committed. This may simply mean keeping appointments and dates with him, being reliable, steady and stable.

He’ll soon see that you’re someone he can count on. And that means a lot to a Capricorn, helping him to take that next step with you!

Capricorn men love a woman who holds her power. What does that mean, exactly? It’s a woman who doesn’t chase after a man, who has her own life and never begs for love. A woman who knows what she is worth and doesn’t play games with a man.

This will make him want to have you all to himself, trust me! A Capricorn man wants someone in his life who is a match for him in every way!

6. Ditch Your Other Dates

One way to move quickly to exclusivity with a Capricorn man is to ditch your own dates and take the initiative to move forward from your end. Make the effort to stop flirting with other guys or meeting up with them, even if it’s just for a month or two while you feel out whether things will progress with your Capricorn guy.

Mention to him that you’re not seeing anyone else, but not in a way that implies he has to do the same. If he sees he can trust you and that you’re committed, he will certainly start considering his options, too!

Read next: How to Make a Capricorn Man Jealous—in One Day!

Remember, if you want to go from just sexy friends to something more with a Capricorn man, it’s important that you show your worth — and that you believe in it too.

Capricorn men only want the best of the best, the cream of the crop. They are the types of guys who want a woman they can respect, which is also a woman who respects herself. This means taking care of yourself physically and emotionally, eating well, having career goals, and generally taking care of you. It means having your own life and knowing what you want — and asking for it.

When I say “prove your worth,” I don’t mean you need to convince him. You need to treat yourself like the worthy woman you are, and he’ll see that you’re not just booty call but something far more valuable.

So, ladies, respect yourself! Maybe you started off as friends with benefits, but the truth is, unless you’re made of stone or you’ve found that mythical arrangement where neither person truly wants more, FWB is a hard status to maintain.

Have you ever been stuck in a friends with benefits role and wanted to progress to commitment? How did it go? I’d love to hear from you in the anonymous comments!

If you’re wondering whether you’re really compatible with a Capricorn man, try out my free compatibility quiz!