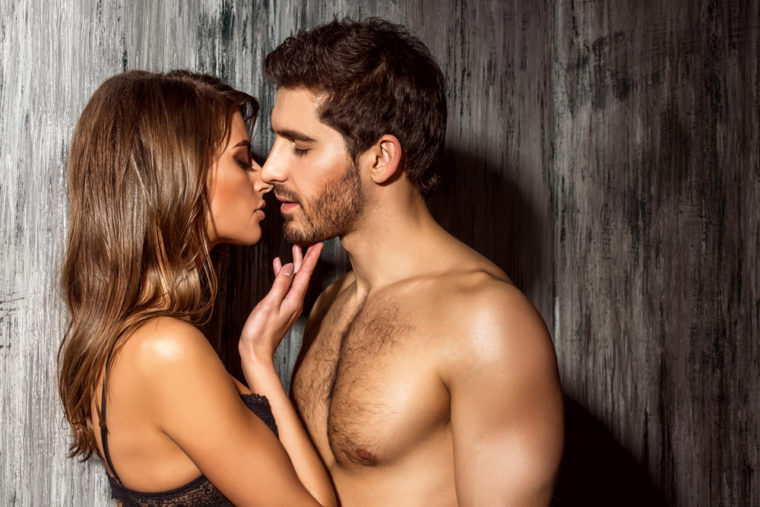 If you’re getting involved with a Capricorn man and want to make sure he’s well pleased then you may want to read though this article. There are some really important tips to what you can do to have amazing Capricorn man sex. Keep reading for some juicy details!

The Capricorn man doesn’t really like women who are easy, trashy, or tacky. He wants a woman who knows herself, shows off her curves but keeps them covered enough so that his imagination can run wild.

You’ll always want to dress appealing and make sure your clothes are somewhat form fitting. They don’t have to be skin tight but enough that he can see what curves you do have.

Part of this is also because he doesn’t want to see everything until he has you in bed and can fully enjoy you. He isn’t into teasing or playing games when it comes to sexuality.

In bed, he may want to play some games but not out of the bedroom. He’s a closet freak but he won’t share that until he actually is in the position to do so with a beautiful woman.

In other words, he doesn’t want to know how freaky or willing you are until he’s the one busting the moves to head toward a sexual direction. He’s a dominant guy so trying to push yourself on him won’t go over well.

Be like a classic woman from the old days who allows a man to court her and romance her. Dress sexy but not in a way that is too revealing. He’ll be taken by your beauty and sense of class.

Let Him Call The Shots

Capricorn men don’t like it when a woman tries to push him into bed before he’s ready. He loves sex just like anyone else but he’s picky and he tends to want to wait for awhile.

Let him figure out when he’s ready and not a moment sooner otherwise you’re going to find yourself pushed away. He will go cold very quickly to a woman who’s trying to bed him before he’s there in his own mind.

He is like the old fashioned gentleman that wants to court his lady before he beds her down. I’m not saying he’ll wait until marriage but I am saying he has to feel like he’s really ready.

He can come off as a bit of a prude but once you are patient enough with him and he finally gives in, you’ll find out how freaky he really can be. So take your time and let him dictate when he’s ready to take the sexual plunge.

He may surprise you and want to play a little bit without actual intercourse in order to form some sort of bond with you but then again, he may totally hold out. It’s all in when he thinks he wants to take another step.

If the Capricorn man presents a time where you can share with him what your fantasies are or what you like in bed, that’s when you can actually be free to open up to him.

I’d wait on the super freaky stuff for when you’re actually finally having sex. However, you can share small things to make his mind get very active. Once it’s in his head he’ll think about it to a point where it may turn him on.

Open up to him about who you are sexually and what you want in bed. Again, this is only when time is appropriate and he’s opened up the door to you with this information.

I wouldn’t just start talking about sex if he hasn’t brought it up or eluded to the fact that he’d like to give it a shot sometime soon. Relax and find the right time then you can open up about what you want.

Once that door is open, you can ask him what he’d like in bed. Ask him what his fantasies are and what would turn him on. Being open will help the two of you be able to have some really intense and passionate sex.

Capricorn man tends to have a freaky side that they don’t let anyone else but his partner knows about. He prides himself on his confidentiality and privacy. He’s a private guy with every aspect of his life.

Let him know what he could be in store for once you finally do get him in the sack. Don’t get too raunchy though or he’ll think that you’re uncivilized and it will turn him off. Be careful about that.

Be Open To Adventure

Once you’ve established a sexual connection with your Capricorn guy, be sure to be open and optimistic. He is one that will want to try new things or try techniques he knows that you hadn’t done before.

If you’re open for a wild ride, Capricorn man will surely bring a saddle. He’s truly unique and has some freaky ideas. Some of them may bring you ultimate pleasure so why not stay open to suggestion?

What could it hurt to talk about what you want, what he wants, what you’re both willing to try, and what you two both want to stay away from? Open up and be totally candid.

You two can reach the pinnacle of ecstasy if you can be forthright with each other when it comes to pleasures in bed. Talk about trying new things, positions, techniques, toys, role play, or any other exciting method of play.