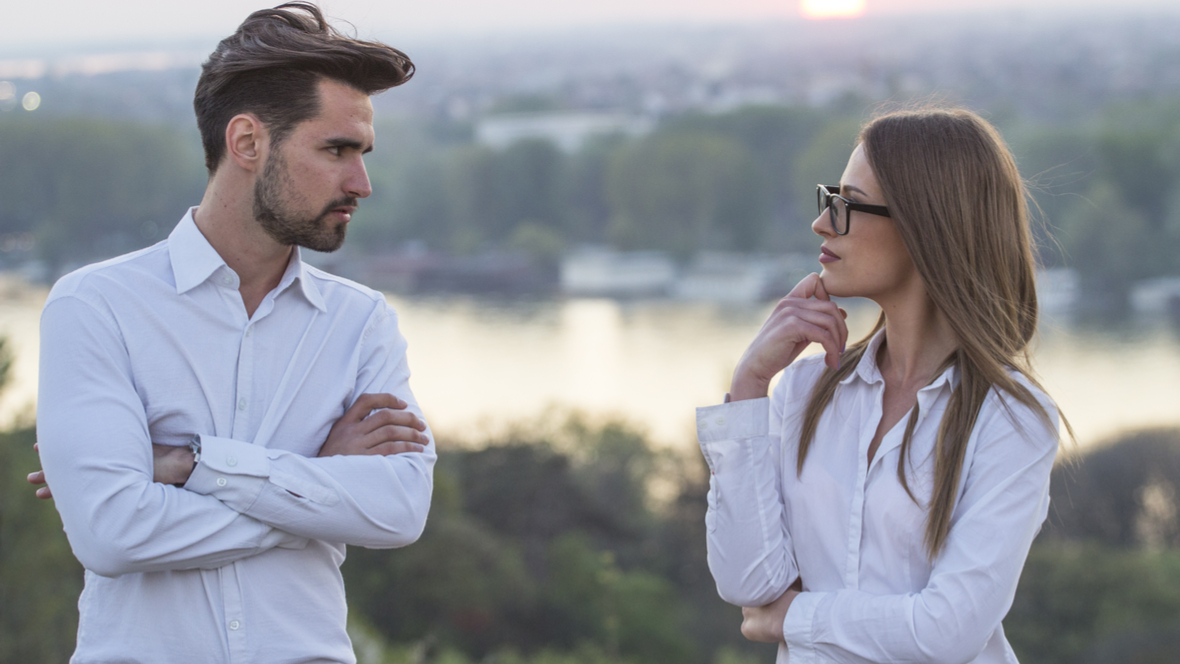 Capricorn man is a very finicky sort of guy and he has high standards. He won’t be with someone who doesn’t meet his standards. What are they and how can a woman a woman avoid turning him off?

What really grinds on Capricorn’s gears when it comes to women? Keep reading to learn what turns a Capricorn man off. It just may help you avoid disaster with your guy.

What Turns Off a Capricorn Man?

There is a list of things that as to what turns a Capricorn man off. It’s important to know what they are. You might accidentally do one of them without knowing then suddenly he goes cold.

Fortunately, you have my help! I can absolutely give you an informed list so that you aren’t navigating in the dark. You’ll know exactly what not to do so that you don’t make a huge mistake with him.

Capricorn man becomes icy cold or can even ghost if he feels uncomfortable with someone. Remember, his morals are normally very exact and he won’t accept nothing less with any woman.

He also doesn’t get involved very quickly because he wants to test a woman to make sure she’s not going to exhibit any of the behaviors that he cannot stand. That being said, let me now discuss with you the Capricorn man turn offs. 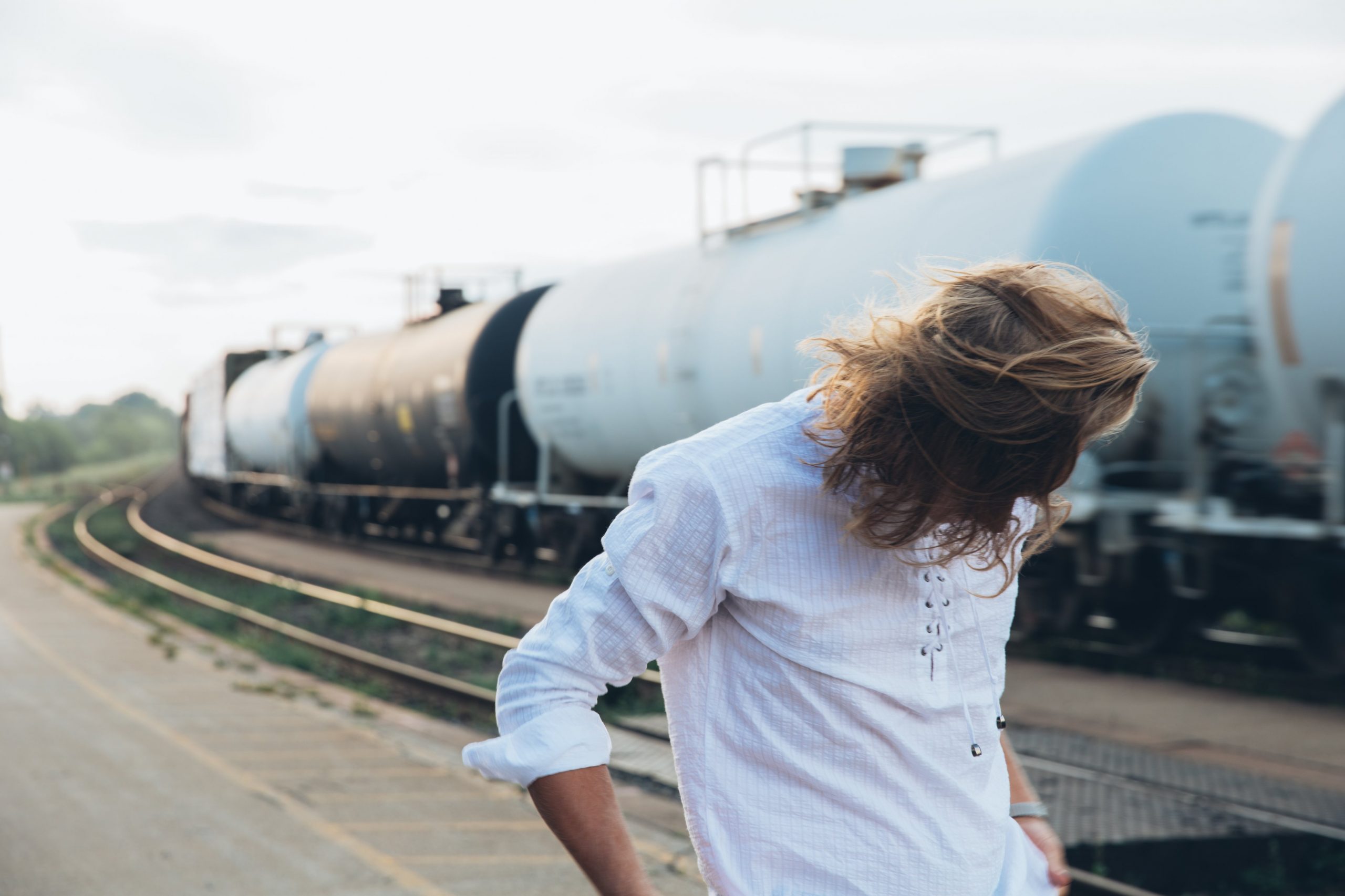 1. Do Not Be Wasteful

Capricorn man believes that you should use whatever you buy. Do not buy outside your means and do not overload yourself. This could mean food, drink, or other material needs.

Wasteful behavior is what turns a Capricorn man off really quick. He loves helping save humanity. There are things you can do to make a difference.

If you know you won’t ever wear that blouse that you really dig right now; do not buy it. It’s a waste of your money and your space. Likewise, if you know that extra few fries are unnecessary; don’t eat them.

Heck; don’t even put them on your plate if you know you’re near being full. Going overboard is a turn off to the Capricorn man. Drinking too much, eating too much, buying too much, or being hoarder will send him packing.

He has no desire to be with someone who cannot live within their means in life. Anything that can be considered to be somewhat wasteful will make him feel as though you really don’t contribute to society, you help harm it.

Put those extra chips back. Look at the shoes in your closet; do you really need another pair? When is the last time you donated some things you don’t really have to have? These are things he looks at.

Recycling will be something that he stands behind. Do your best to keep the environment healthy. Separate your garbage so that it goes to the correct receptacles.

If you shop at second hand stores or consignment shops for your clothing instead of spending high dollars on department stores, he’ll be very impressed. Looking your best doesn’t require lots of money.

Repurposing things will get his attention as well. Instead of throwing things out, try to find another purpose they can fulfill. Have an empty box, turn it into a plant potter. There are lots of things you can do. 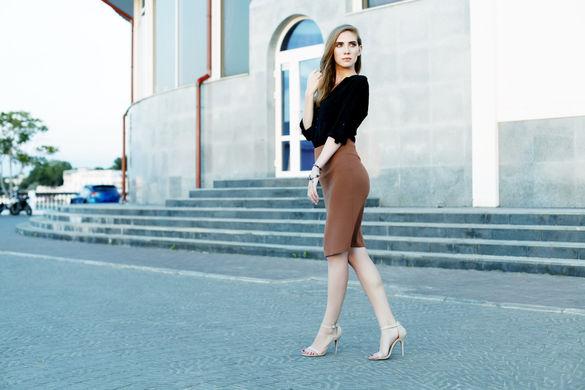 The Capricorn man is rather conservative in ways. He loves women who are cool, calm, collected and can carry herself well. That means that he isn’t into women who are bold, brash, and loud.

The women that act as though they need to have everyone in the vicinity’s attention will turn him off fairly quickly. These types of women are seen as not classy or respectful.

He sees no need for some big hurrah from any woman. Keep it relaxed and respectful is his motto. Showing off or trying to make a spectacle of yourself will turn his head quickly and not in your direction.

This is one of the biggest Capricorn man turn offs. He loves a lady, not a loud boastful woman who loves to brag. He will turn his back quickly.

3. Too Fast Too Soon

Just like the other slow moving signs; Capricorn will not tolerate being pushed to go quicker than he wants to. This will most definitely turn him off. He doesn’t want to be told what to do nor does he want to be rushed.

Trying to talk him into it will not win you any favors either. He has his mind set on what he wants or doesn’t want. He isn’t very flexible so if you have plans to try to get him to listen to why you want to hurry; you won’t win.

You may also find yourself getting frustrated with trying to get him to change his mind. It may be best for you to either abide by his need for patience or you can move on and find a sign that is more open to moving quicker.

Capricorn man cannot be convinced of anything he does not agree with or goes against his moral code. Trying to make a relationship go faster is one of those things that don’t sit well with him.

You could end up heartbroken if you cannot let things flow naturally and with time. There is no other way to succeed with him other than making sure you take your time and put in the effort.

Honestly there is no real need to hurry anyway. Go with the flow, do it day by day, and watch the growth that develops between you two over time. It will be healthier for the two of you.

Read next: Things Your Capricorn Man Is Hiding From People 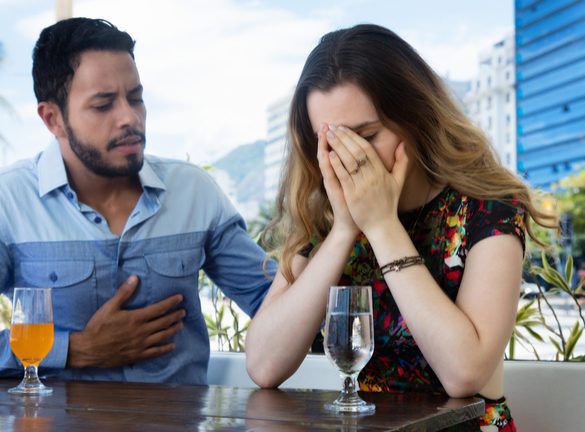 The Capricorn man isn’t one for being emotional. He’s about rational discussions and talking about facts. Talking about feelings is alright but if you become overly emotional; he’ll want to walk away.

If you’re the type that cries at the drop of a hat; the Capricorn may not be the right guy for you. He will see absolutely no logic in the reason why you’re being so over-reactive.

When you argue with him; you have to do it with intelligence rather than emotion. He doesn’t get the whole getting upset and crying thing at all. It makes no sense to him.

If you can talk to him coherently with reasonable conclusions; you’re more likely to win his heart. Go at him yelling, screaming, or throwing a fit will show him that you’re exactly what he doesn’t want.

So that means that if you’re unable to talk to him in a calm rational way; he may not be the guy that fits you for the long haul. Showing too much emotion makes him very uncomfortable.

No need to go over and beyond to win your Capricorn man’s attention or love. Just try to stay mellow, stay classy, and show him you fit well into just about any situation without stressing out.

You are better off being humble in your Capricorn man’s presence. He’s really turned on by a woman who is not making a huge ordeal out of her success. Telling him is one thing but being a braggart is quite another.

Drama is one of the most impressive Capricorn man turn offs. He really despises a woman who can’t get control of herself.

While the Capricorn man may not be a “white glove” type of guy; he is clean. He expects the woman he’s going to be with to be neat and tidy. One of the things that will turn him off quickly is a woman being a slob.

If he goes to your home and there is stuff everywhere; he’ll quickly want to turn around and walk back out. The same goes with your own appearance as well as perhaps even your car.

He wants to see that you take pride in what you look like, that your home is clean, and that your car reflects how you and your home are kept. He figures if you spent more time cleaning; you wouldn’t have lazy time.

Keep a tight ship ladies! You’ll win over your Capricorn man far better by making sure your place is tidy and cozy. This is definitely what turns off a Capricorn man.

Did I mention that he doesn’t like lazy women? Well, it’s true. He really doesn’t. He sees no value in sitting on the couch spending copious amounts of time watching television.

If you want to take life by the horns; you’ve got to get out there. That doesn’t mean he doesn’t like watching movies or television. It just means that there is a time and a place. If your house looks like a dump, it’s not the time for tv. It’s time to get up and clean.

That means if you are trying to impress or attract a Capricorn man; you’re going to have to clean yourself a bit. Don’t be fake though. You have to genuinely want to improve your surroundings including yourself.

Speaking of tidy and neat, did you know that the sexy talented actor, Bradley Cooper is a dapper Capricorn fella? He dresses up quite nicely. If you notice, the roles he plays, he always does an impeccable job.

Get to know your Capricorn guy better by clicking here. It could help you avoid some embarrassing situations or improve the possibilities depending on your own actions.

Did you really disgust a Capricorn man? What did you do? Tell me all about it.