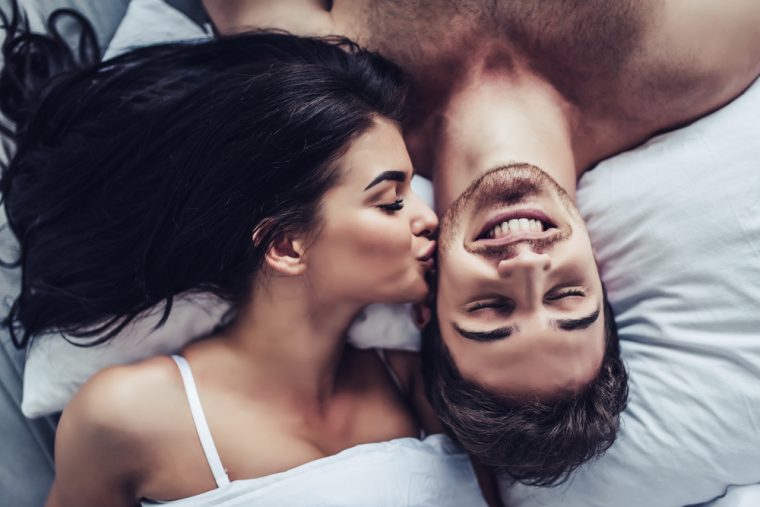 Capricorn Man And Aquarius Woman Sexually: A Delightful Match or Not?

Are you an Aquarius woman who is considering dating a Capricorn man or even just having a sexual relationship with him? There are some things you should know about this match therefore you just may want to keep reading for more information on the Capricorn man and Aquarius woman sexually.

The Attraction with Capricorn Man and Aquarius Woman

It’s very clear that these two will physically be attracted to one another. The Aquarius woman is appealing because she’s independent, takes care of herself, and is visually quite attractive.

There is an energy that surrounds Aquarius woman that lets a man know that she doesn’t need him but rather she chooses him. This is a total turn on for such a morally upstanding type of guy.

Capricorn man appreciates a woman who is passionate about her life and loves to have personal freedom as he does. She’s sexually charged and many men are very magnetized by Aquarius woman’s charms.

She’ll see something in him that she recognizes and this makes her want to get closer to him. She wants to talk to him, perhaps get to know him, and possibly bed him down.

The chemistry before they actually get together is strong but this will change with time and effort. The two may actually clash more than they get along. Sexually, this match leaves much to be desired.

Where the Capricorn man and Aquarius Woman Work Well

These two really don’t have a whole lot in common which makes it hard for me to point out the common ground between them. One thing I can say is that they both really enjoy personal freedom.

Both of them like having time on their own and away from their partner to be either alone or with friends. It helps keep things fresh between them. They both are likely to have a life outside of each other. This will be especially true with Aquarius woman.

Capricorn man with time will start to lose the urges to be alone and when the Aquarius woman becomes comfortable enough, she may lessen the desire to be alone as well.

The problem will be with the fact that they have so very little in common that they may not actually make it to the point where they are both comfortable. They have similar life values but not enough in common to really “get” each other.

This leads to them being able to talk about regular everyday stuff without too much strife. They may also be able to talk and agree on things like the news or the world’s issues.

There is no lack of intellectual conversations between these two and so this is one area that really thrive on. The things they do have in common may be enough for them to want to work hard and find middle ground.

How Capricorn Man and Aquarius Woman Do Not Gel Well

While these two have high intellect and can talk about a great many different subjects, they seem to fail when it comes to communicating with each other regarding their feelings.

Both of them tend to want to hold stuff in and will wait a really long time before they feel they want to open up and share their feelings with each other. This could cause conflict or a feeling of walking on eggshells.

Emotionally they just really don’t connect very well at all. They may have different ways of seeing things and just generally they don’t like opening up to talk about deeply personal emotions.

As far as shared activities, they may not have a whole lot in common there either. They will have to work hard to please each other, take turns in what they can do together, or find new hobbies they can both get into.

This relationship takes work. They can make it happen but it will take some really powerful love to make them want to actually do what it takes. The hard part is figuring out if they think it’s worth it to try or not.

As much as I want to tell you that these two have a passionate path between them, I’m sorry to say that they really don’t line up with each other very well. Aquarius woman likes to do things “outside the box”.

Capricorn man is rather regimented and will not open up for experimenting until he’s been with someone a good long while. Ironically, he can be a bit of a freak in the bedroom but not until he is 100% with someone and is comfortable.

Both of these signs tend to take a long time to build something as far as love. Sex may be quick but it won’t be gratifying unless they decide to have a relationship and again, it may take a good long while.

Aquarius woman doesn’t mind having a “friends with benefits” situation but typically Capricorn won’t go for it. If he does, he won’t be as fulfilling when it comes to sex with her.

So as much as I’d love to report that this match up has all the bells, whistles and possibly whips, this sexual union is less than desirable. Maybe if they decide to love, it would be different but if they don’t, this really may not be worth it to them.

5 thoughts on “Capricorn Man And Aquarius Woman Sexually: A Delightful Match or Not?”