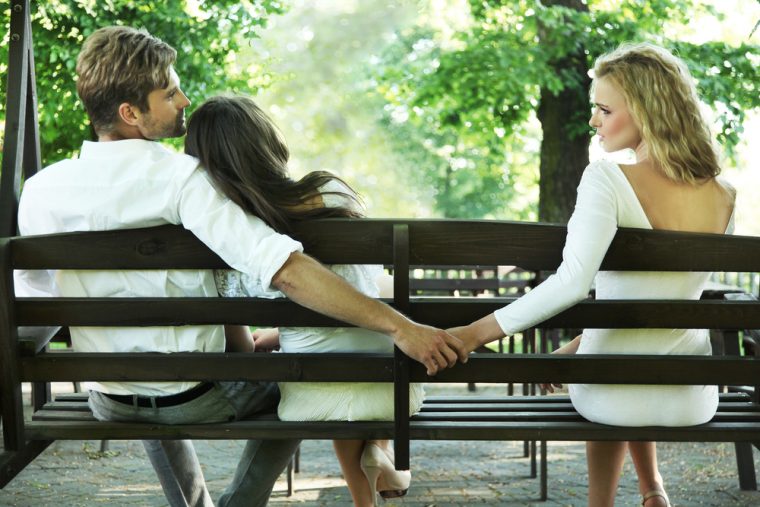 Married Capricorn Man in Love with Another Woman? Find out Now!

The Capricorn man is typically quite selective and has a high moral system in place. It’s highly unlikely for him to fall in love with someone else or even sleep with anyone else if he is married. He’d have to be pretty unhappy to do such a thing even then; the guilt would get to him. Would a married Capricorn man be in love with another woman? Keep reading to find out more!

Why Would a Capricorn Man Stray?

It’s a very rare situation that a Capricorn man would have sex with someone outside of his marriage much less fall in love with someone else. He’s pretty dedicated and holds his head high with integrity.

With that in mind, what would make a normally loyal Capricorn man find interested in another woman? There are some fairly rare situations that may make him look when he normally wouldn’t.

One of those things would be if he’s been married for many years and his wife has become sexless with him. This could make him seek out to satisfy his sexual urges. He won’t feel good about it though and it likely won’t last.

The Capricorn man is still a man. That means he has certain desires that need to be met and if he doesn’t take care of the matter himself, he may look or be vulnerable to a woman that comes on to him.

Capricorn men develop emotions for women they sleep with because typically they don’t have sex unless there ARE feelings there. This can swing the other direction though if he’s in a rare situation.

He’d find someone he’s really attracted to via social media, bar, etc. He may get to talking to her with pure intention but then she starts coming onto him and he finds he’s starting to become attracted to her.

The wife at home is very cold toward him and wants nothing to do with him. So he is eating up the attention he’s getting from this new woman who is intriguing and very sexy.

She convinces him to have a fling with him and even though he knows it’s not right, he gives in to temptation because he thinks that maybe this could work. He starts developing feelings for her, however.

If he really still loves his wife and has no intention of ever divorcing her, he will likely break things off with this other woman because he knows he can’t live with himself if he continues.

Other Reasons a Capricorn Man May Tempt Fate

If the Capricorn man is still fairly young and got married before he could actually explore life and other women, he may start to feel pent up or trapped. Again, this is sort of rare so bear with me.

Perhaps he goes out places with his wife and he starts eyeballing other women just because he wasn’t able to spread his seed before he got hitched and closed himself off.

These other women are irresistible and quite drawing him in. At some point one of these women may approach him and start giving him some attention that maybe his wife isn’t giving him and he feels very turned on.

He confuses this being turned on with having feelings for this woman. He may have a brief fling but seems to develop love or what he thinks is love. Even if they don’t keep it going, he may still carry this feeling with him.

There is also the possibility of him still having love for an ex of his that never left his heart. Now he’s gotten married but still keeps missing her. What does he do? He may try to get together with her to find out if she still loves him too.

When the Capricorn man isn’t happy in the marriage he’s in, he’s susceptible to women who may seem rather tempting or that they could be a better match for him which puts him in a position to figure out what he should do next.

He may fall in love with another woman who seems to be a far better fit for him. It’s likely he’ll carry on a friendship with her and he may never actually tell her he loves her nor sleep with her.

In other words, his love for her may remain a big secret that he holds for many years because he knows it would hurt his wife and knows that he would be betraying her.

He keeps his mouth shut, he has this friendship with the woman he actually fell in love with and is able to talk to her without fear of consequences since it’s sexless and he hasn’t crossed any lines.

If the Capricorn man starts to act colder toward you, flippant, or as though he’s too busy to spend time with you, there may be something going on. He’s not really that good at hiding himself when he’s in love.

He can pull it off but he’ll have to work hard to convince you that he’s still all yours. Sadly, if you see him checking his phone often as though he’s waiting on a call, there may be something there.

Naturally if it’s something work related it won’t become a habit. However, if you notice that he now has a habit of carrying his phone very close to him at all times and always on it, there is something going on.

Also if he stops having as much sex with you out of nowhere, something is up. If he’s in love with another woman, he’s not going to give you as much time or attention physically.

He may be on the computer more than he was before also. Watch his social media activity. If he went from barely posting to suddenly being very present, something may be up.

You can even check into what he’s posting, what photos he’s liking, and if there is someone he’s seemingly talking to more. Trust the red flags you see or feel!

If you want to better understand would a married Capricorn man be in love with another woman, and how to stop this, click here and find out everything about your Capricorn husband.

13 thoughts on “Married Capricorn Man in Love with Another Woman? Find out Now!”