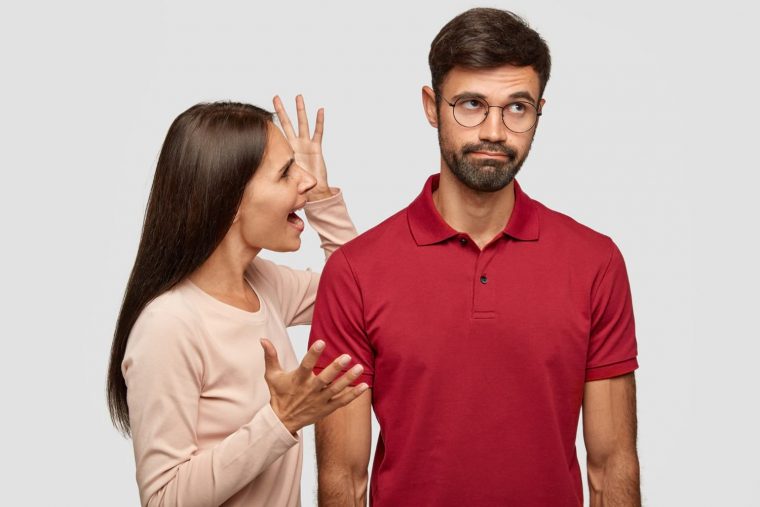 Is He Really Worth All The Effort?

Are you hopelessly pining over a Capricorn man who appears to be dismissive at times and hot for you at other moments? What is his deal?? And what should you do?

You may want to keep reading to find out everything you can about this Capricorn man, so that you can either defeat his difficulty to win his commitment, or you can simply throw in the towel and move on. It’s your choice either way, and I’m here to help you choose!

Why Won’t The Capricorn Man Commit? 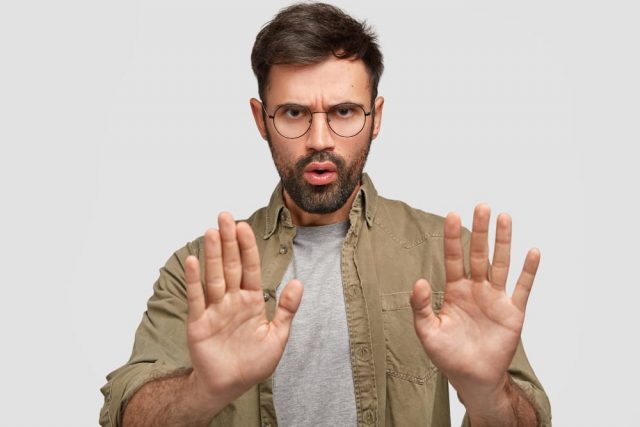 It seems that the Capricorn man’s relationship is the hardest to obtain. He’s the champion at being “hard to get.” He is slow moving, wants to be besties, and he wants to have what is nearly impossible… perfection.

Why is he so dang difficult? You love him, you want him, and you want commitment but while he gives you tenderness and care, he just won’t give it to you! He wants you to jump through hoops.

While he’s looking for the perfect mate, he’s putting you through tests. They’re annoying, painful, and may make you want to run screaming for the hills. Check out my eight reasons why Capricorn man is so hard to love:

The Capricorn man tends to be very thoughtful with his money. He is one to watch every dime he has. He doesn’t want to go out to eat too often because he wants to save his money.

If you’re dating him, then you’ll see this for sure. He’ll take you to a fast-food restaurant but will be squeamish about what you order because of the cost.

It’s not often at all that he will take you to a nice restaurant with all the trimmings. He will have won the lottery or gotten a huge bonus check. He is always worried about his financial future.

2. His Glass Is Half Empty

A Capricorn man likes to think of himself as a realist. All the Earth signs tend to think this way. What they don’t get is there is a fine line between realism and pessimism.

You’ll notice that he’s either complaining about things or he’s just being flat-out negative. If you call him out on it, he will tell you that he’s “just being real.”

The truth is, he sometimes drags you down because you cannot even seem to watch television or a movie together without him making a negative comment. “That would never really happen,” while watching a fictional flick. Thanks, Sherlock!

Yes, you know it’s not real but he has to always point it out. He isn’t one for hope and optimism. He thinks being hopeful is weak and will leave you out to get hurt. 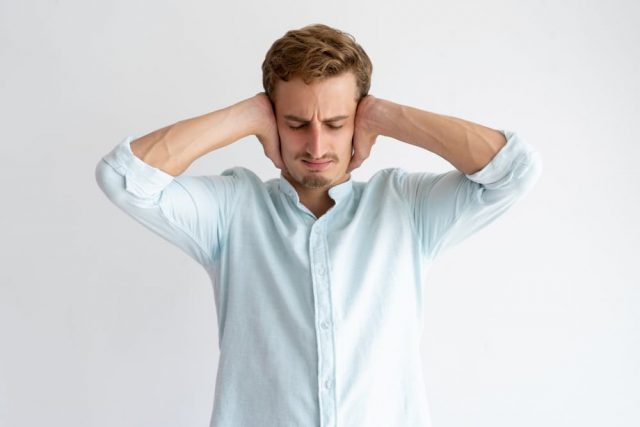 Capricorn men can be really loving and sweet… and they can also be very stubborn about your suggestions. He could be stubborn with advice you give as well.

When he’s being like this, he can come across as quite mean. Again, Earth signs are the type to tell you what’s up without you asking. This means criticism that was unsolicited.

Heck, even if you do ask him about something like “do you like my outfit?” he’ll point out that the colors don’t really match up that well and make you look chubby. Yes, he will tell you the truth you don’t want. You should be prepared for his honest opinion about everything – for better or worse!

On the flip side, you ask him the truth about himself and sometimes he clams up. He is righteous so watch out for this one. Sometimes that’s good but other times it plays out like cocky.

4. Life Has No Grey Area

The Capricorn man doesn’t believe in there being other options outside of black and white. There is either this or there is that. There is no in between. He’s pretty hard nosed about it.

Sort of like the old saying: “you’re either with me or you’re against me.”  He may use this when he’s gotten into a mess with one of his friends. You can see both sides and try to point it out.

He doesn’t want both sides to be looked at; he wants you to take his side always even if he is wrong. That’s how he lives. That is how demanding he is of loyalty from you.

If you ever try to defend someone else against him, you will lose. This includes when you stand up for family and friends. Unless he deeply cares for them and admits to his own error, it will go badly. 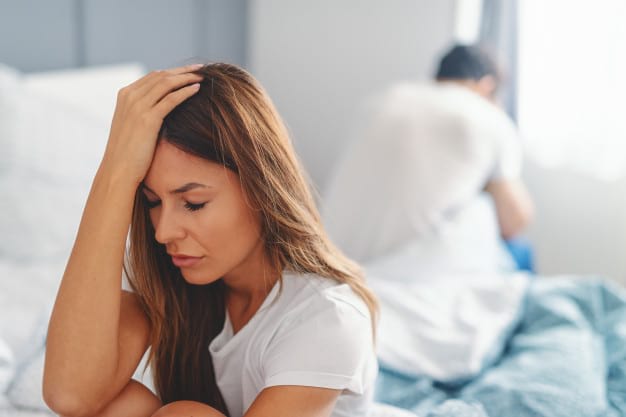 The Capricorn man tends to operate on logic and what makes sense. He doesn’t relate to feelings. He feels awful having his own feelings really. This is why he tries to suppress them.

He thinks that if you feel, then you are weak. While he may love that you are a giving person with lots of love to share, he won’t like it when you cry or are sad. He’ll see it as a problem.

He will try to give you advice to your situation instead of just holding you and telling you it will be alright. This is another one of those things that make him look cold or distant.

6. He Expects Too Much From You

He may look for someone else, he may spend less time with you, and he may tell you that you’re not who he expected. He truly can be very cold at times. Even if he loves you, he will see you as weak.

The Capricorn man has a hard time expecting other people’s flaws. He barely accepts his own. He sometimes projects his feelings as well because he can’t conceive that they’re his.

This can cause him to be mean and also be very moody. Watch out for his mood swings because they are colossal! He can make a small issue a very big one. This causes breakups sometimes.

7. Not A Go With The Flow Type Of Guy 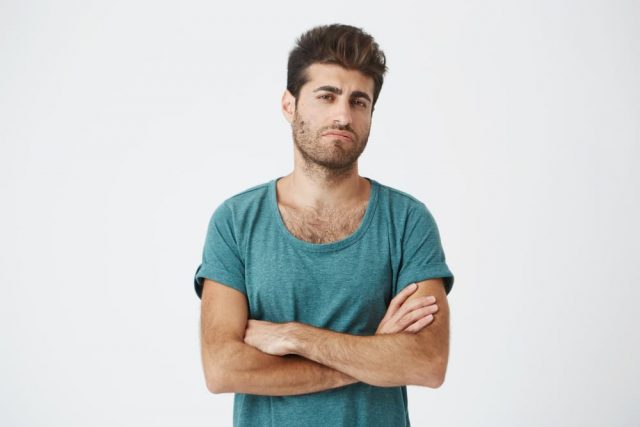 A relationship with a Capricorn man can be difficult when he is incapable of being spontaneous. He wants to know what is going on at all times and plans have to be made.

He’s not good with you showing up on his doorstep to spend time with him. He sees this as a breach of his privacy. He has no control over what you’re doing. That’s not good in his mind.

Don’t ever look to him to just up and going somewhere exciting and fun. No, he wants to know where it is, what there is to do there, and wants to plan when you will go. He wants the control.

8. He Takes Forever To Commit

This is the biggest issue for most women dating Capricorn men. They don’t like to dive into a relationship. If they do, the figure out it’s a mistake and cut it off without much advance.

He will ghost a woman if she’s not who he wants or who he thought she was going to be. If you find he’s dragging you through the mud before committing to you, this is normal for his sign.

Earth signs make women wait. They want to make sure everything is in order, you’re perfect, and he can see a future with you. That’s honestly how he operates.

This is often why he opts to try to work toward being close friends first. Then he’s assured by how you are with him, that you are serious and you’re worth the effort.

He doesn’t ever want to try to be with someone he has to put a lot of effort into. He loves women who are independent and motivated. He doesn’t have to take care of them.

He wants you to make your own money and not expect him to take care you. This is another reason you may notice he hardly buys you gifts (if ever). You have to be self sufficient.

He won’t deny it though when you offer to pay. That saves him money he can put away or buy himself something nice. He loves living the high life with the very best in fashion.

Yes, these are all very difficult to deal with when it comes to a Capricorn but, do his good traits outweigh the hard ones? If so, then you might find a way to compromise. If not, then sadly it’s time to cut your losses and move on.

Have you found Capricorn man to be difficult? Tell me why you feel that way. I’d love to hear about it.

And if you’re still ready to brave a relationship with the Capricorn man, then you have to try my free compatibility quiz to see if it’s meant to be!  You can find it right here.