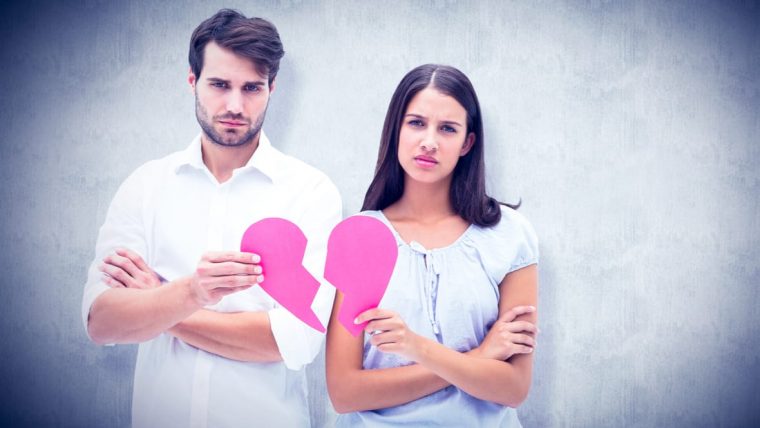 It really doesn’t take too many signs from your Capricorn man for you to know that he doesn’t want you back. He’s pretty blunt and obvious with his actions when it comes to expressing how he feels.

This is especially true if you’ve been with him a while, and you know exactly how he acts and why. You’ve gotten an understanding, but perhaps there are some things you haven’t noticed. Keep reading to learn 6 obvious signs that your Capricorn ex does not want you back.

This one is the big one, and it’s most noticeable if he’s completely disappeared from the phone, text, social media, etc. If he isn’t talking to you it’s because he’s done with you and wants nothing more to do with you.

When you’re texting him or trying to call him and he doesn’t respond anymore, he’s finished. He’s not going to reach out to you ever anymore. When he’s totally done, he’s done. It’s final.

You can pretty much bet that if he’s not talking to you then he doesn’t want you back and probably won’t ever want you back. It’s time to let go and move forward.

I hate to be that blunt, but unfortunately this is often the case and no matter how much you try to reason with his actions, you can’t justify this one. Though, I have seen some women still not “get it.”

This is why I have to add to the pot and give you more signs to look out for. If you still don’t accept his disappearance as being “the end,” then you definitely want to keep reading. 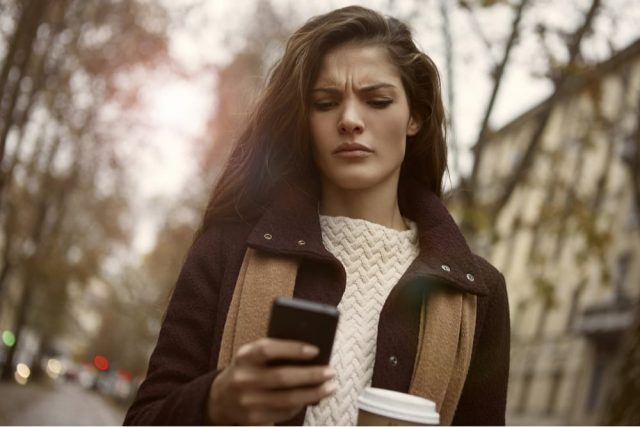 The Capricorn guy may try to block you in every way possible. This is especially true if he is absolutely done with you. This may be due to infidelity or if the relationship ended badly.

You better believe that he’s going to go above and beyond to make sure you don’t get through to him at all. He will block you in every which way he can and that includes all social media.

If you met on a dating website, he may block you on there even. He no longer wants you to know anything about his life or what is going on with him at any point in time.

Truly he’s adamant about making you a figment of his imagination. He doesn’t want to think of you or have you entering his life through any crack you might find. He will see you as an invader.

If you still manage to get through somehow, maybe with a fake profile or something sneaky like that, and he finds out; he will definitely blow up. So, I wouldn’t suggest catfishing him if I were you.

Besides, why would you want to keep trying to infiltrate his life when you know he doesn’t want to talk to you or see you? It’s probably time to work on releasing your feelings for this guy for your own sanity.

3. He Returns Your Things

You had better hope you didn’t anger your Capricorn ex too much, because he might throw your stuff out. Most Capricorn men are a bit too good for that though, and it’s more likely that he will box up your stuff and return it to you that way.

In some extreme circumstances he may mail it to you or have a friend take it to you so that he doesn’t have to have any contact with you in the process. In fact, that’s typically the way he would handle it.

If your breakup wasn’t too terrible, he may still talk to you enough for you to get you your stuff back. But, as I said, if he’s ignoring you and treating you like you’re the plague, then he’s not going to personally deliver your things.

It’s often best to get things that are important to you right away after the breakup because he’s not going to want to deal with your things at his place.

If you’ve got anything of his, he’ll probably just write it off, unless it’s something really meaningful to him. At that point he may stay “friendly” with you just so he can get his stuff back.

4. He Tells You About His New Woman

In the event that he has stayed in touch and is still talking to you, but he starts talking about his new girlfriend, he’s letting you know he’s over you. He is rubbing it in so that you know there’s no chance trying to get him back.

He wants you to know he’s moved on, he’s happy, and to back off. The thing is, he may act really nice toward you like there are no hard feelings. This can be confusing and may be seen a “mixed signal.”

If he has a woman, then you need to accept it and let go if you have some sort of hope that he may dump her and return to you. Accept that he’s moved on so you can finally do the same.

You may end up needing to cut him out of your life so that you can move on without him throwing or flaunting his new found happiness in front of you. There is nothing more painful than when he wants you to know he’s happy without you.

Know that you did your best and that if he found someone supposedly better, you can find someone better too. Stand strong and do what you know is right for you! 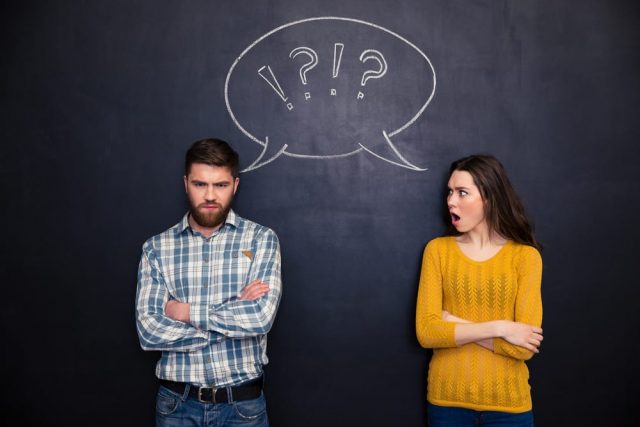 So, you know that if he’s begun to shut you out, he’s done. What’s even worse than not talking to you at all, is when he does talk to you but leaves you out of things.

He makes posts on social media that have nothing to do with you so that you can see how great he’s doing and how he’s not sitting around in distress at all that you broke up.

He’s out with his buddies, he’s hanging with co-workers, he’s traveling, or he is doing things that he wouldn’t do with you. These are salt in the wound types of tactics.

Being excluded is painful and he’ll make sure that you know he’s having fun without you. It’s a dirty trick and it’s mean but he stoop to this sort of thing, so don’t try to hit him up to patch it back together.

Capricorn man isn’t the nicest guy when it comes to break ups and especially when they have no desire to get back together. They are hard core, ruthless, and someone not to be messed with.

Just to wrap it up, you’ve got to realize that if the Capricorn man is making it impossible to contact him or talk to him then he’s moved on and he really isn’t interested in reuniting.

If he’s ignoring you, cutting you out, sharing his new lady and happiness with you, or making it hard for you to reach out then he’s done. Accept this and find yourself someone better.

I know it hurts and I know it’s hard to let go of a Capricorn man but he’s not giving you a choice in the matter. He’s showing you and telling you that being together again is not an option in his world.

When he’s done, he is absolutely done. It’s kind of a rare thing to actually get back together with a Capricorn man. He’s a bit hard-assed about it. He doesn’t like going back to what has already failed.

He wants to try something new and fresh but he’s likely jaded, and so he’ll just go ahead to push to take things very slowly or he’ll rush in with attempting to date someone to get over you.

He would rather search for a rebound than to deal with the pain of trying to move forward from it. On many levels this doesn’t make sense for him but that’s the complicated Capricorn man for you.

Read next: 5 Things Your Capricorn Man Is Hiding From People

Capricorn guys are very hard to forget because when they are in love, they are amazing partners with lots to offer. Once they end it though, they’re extremely hard to get past.

I completely understand and empathize with you. However, if he’s displaying any or all of these signs, it’s time to let go, as hard as it may be. And you can do it; you just have to work on yourself and focus on your own life again.

You’re going to need to take some time to grieve, and then you can start to rebuild your life and know that there is someone out there who will not let you down.

Speaking of a new someone, did you know that the intelligent and sexy basketball talent LeBron James is a Capricorn man? Yep, he is!

Did you successfully get a Capricorn man despite all of these signs? Please tell me how you did it!

And if you’re dying to know more about what makes your Capricorn ex tick, check out my Capricorn Man Secrets here: