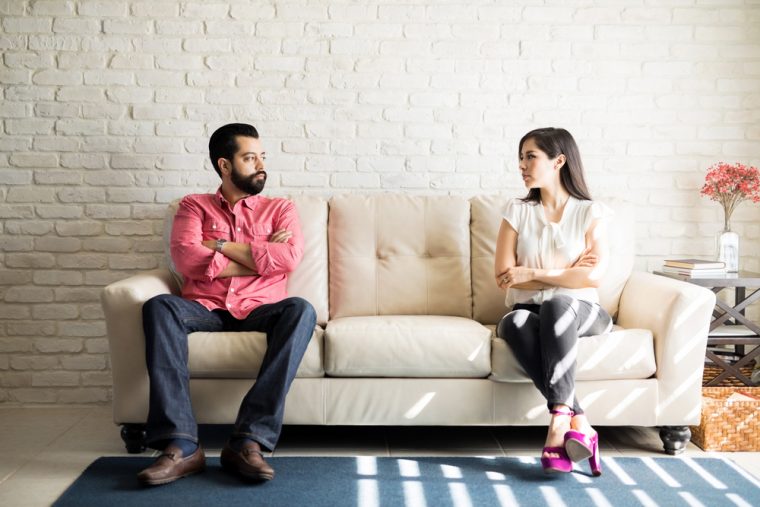 Capricorn Man And Scorpio Woman Break Up: How It Will Go?

Do you know that it’s just not working out but are concerned with how things will go when you as a Scorpio woman want to end things with your Capricorn guy? Perhaps you feel he’s going to break up with you instead. What is likely to happen when the Capricorn Man and Scorpio Woman break up?

Why Would a Break Occur?

If you aren’t sure why a Capricorn would break up with you but yet you feel it coming, you probably need to know a few things. There are a few reasons why a Capricorn man would call it quits.

With Scorpio woman, he has a lot in common and it makes for a fun connection. However, your values may not align all that well. Emotionally speaking, you also may not be on the same page.

Capricorn man may be a bit more closed off than you are when it comes to expressing emotions. These are possible problematic areas you two may encounter while having a relationship.

The strong willed Capricorn man typically doesn’t move very quickly. He wants to progress slowly to let things build and so that the two of you really get to know each other. If you pressure him or try to get him to take things up a notch before he’s ready, he’ll call it quits or go cold.

Scorpio women aren’t typically pushy when it comes to getting into a relationship but they are a bit more outspoken than the Capricorn guy. Just her telling him what she wants may cause him to feel as though she’s asking too much.

Another thing that could be a huge catastrophe between Capricorn man and Scorpio woman is when she keeps getting emotional or moody. He absolutely hates drama and will avoid it the best he can.

If you have a tendency to be temperamental or overreact to things, he will not like this at all. He likes having a woman who can stand up for herself but remain relatively cool as a cucumber much of the time.

He loves Scorpio woman’s strength but he sometimes gets overwhelmed by her feelings and that makes him shut down or back off. This could lead to break up if it happens too many times.

Can You Avoid A Break-Up With Capricorn Man?

It’s possible if you haven’t been together for too long, you may still be able to recover what went wrong with proper communication. You can talk to him and be as honest as you can without being too emotional about it.

Go at him with logic and tell him what happened that made you feel the way it did and then possibly suggest a solution that both of you can live with. Perhaps when you get overwhelmed emotionally, you can step out and calm yourself.

This may help you to better talk to him effectively and without too much drama though, you may not like how he responds which could set you off again. You two seem to butt heads more often than not.

While this match has some potential, it’s also not high up on the “make it forever” list. I’m not saying it’s impossible but I am saying that both parties may realize it’s too much work and too much “pleasing” each other. It becomes exhausting.

The only way you might avoid break up is by talking and making sure that both of you have everything out on the table. This way there is no mistaking how you both feel and where things are headed.

For the Scorpio woman, she will feel all sorts of feelings which will make her off balance for awhile. The Capricorn man will do what he does best which is go cold, go silent, and if he is around her, he will probably turn into a turbo jerk.

The Capricorn man is known for acting like he doesn’t care, pays more attention to his phone or television, will make himself scarce, or will be really rude so that his partner knows his displeasure in her.

This is provided he hasn’t already told her how he feels and that he wants to break it off. When it finally does come out, Scorpio woman may be the one who initiates the break.

She will have quite enough of his distance, coldness, and his lack of giving a damned. She will probably pull the plug. She will be quite upset about it and may even try to seek revenge on him depending on how bad he actually was.

Once she’s done what she can to justify her actions, she’ll finally start to move on and put the pieces of her life back together. Capricorn man on the other hand, will probably carry his failure for quite some time.

This will make him colder for other women going forward. He’ll put up more of a fence or a wall to his heart and make the next lady work really hard for his love. He won’t open up easy and he’ll stay on guard.

Would these two ever get back together? If the passion is hot enough between them and they authentically love each other then yes, they could actually get back together if that’s what they both want.

The Overall Picture Of Capricorn Man And Scorpio Woman Break Up

These two can go either way. Either they’ll make fabulous lovers that can rescue their relationship or they will set each other off enough that they will both decide it’s too much and walk away.

The pair can absolutely make it but it will take a bit of tweaking. The trust is there between the two but they have to learn how to communicate without so much emotion coming into play.

Talking to each other frequently and opening up will help them figure out how to maintain the love they have. They CAN avoid break up if they truly want to but it will depend on how bad things were before the break.

20 thoughts on “Capricorn Man And Scorpio Woman Break Up: How It Will Go?”