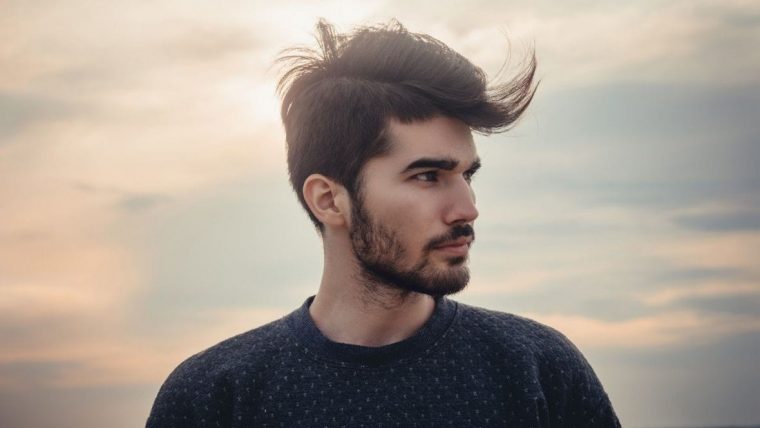 Hello darlings, how are you? Not too serious and too busy, I hope, for I bring you new predictions for June, and I’d ask for your company in exploring the transits of this sunny month!

The first week of June for the Capricorn man can be summarized through that fiery meme – a dog with a hat sitting on a chair with a blank face and staring into nothing as his chair is burning, his desk is burning, his hat is burning, and the whole room is on fire; the only thing he says is “this is fine… I’m fine,” when he clearly is not.

The second week of June will give false hope that things are calming down and the situation is getting better, only to come back twice as strong towards the end of the week and hit the Capricorn man on the head… Forgiveness and letting go is the main theme of this week for him.

The third week will give the Capricorn man time to search for his own emotions and finally express them properly. His mood will lean toward pensive and thoughtful. Journaling or going fishing might be a perfect idea for this transit.

The fourth and final week of June is the “recovery” week for the Capricorn man. The time to pay attention to (positive) emotions has finally come, and there’s going to be a wonderful opportunity for some romance and cuddling as a New Moon takes place in Cancer, his seventh house of love and romance.

The beginning of June puts the Capricorn man in a cross mood thanks to Pluto Retrograde in his first house of self, but also Saturn square Mercury Retrograde. Combine these placements with the transit Moon in Cancer conjunct Lilith and Ceres, in his seventh house, and you get a romantic quarrel and a lovers’ fight.

Jupiter conjunct Mars in Aries, in his fourth house, doesn’t help his mood either. The Capricorn man has a steady, serious, and orderly nature, and Jupiter in Aries will wreak havoc in his family and home life. His pets will be loud and needy, his kids will be spoiled and hyper, and his migraines will come back in big fashion.

All of this puts the Capricorn man in a foul mood, and he is on the quest to regain his peace and comfort in order to be able to be the (responsible and reliable) head honcho at work.

The end of the first week of June might even bring some HR conflict at work, which then can be considered a headache on top of a headache for him. This is the best time to lend him a listening ear and a comforting hug if he allows one. The Capricorn man is under immense stress at this time, and the thing he needs the most is to be able to unwind.

Adding Fuel To The Fire

The good news in the second week of June is that Mercury is no longer Retrograde, and is now moving directly back to Gemini where he’s in domicile. But the crisis is far from over for the Capricorn man.

Saturn Retrograde is creating unexpected expenses and the Moon is opposing both the North Node and Uranus as it moves through Scorpio. Oh-la-la, fun, fun, fun for the Capricorn man, like he wasn’t on enough fire already.

The Moon highlights his friendships and his fears during this second week of June, and he might be forced to see someone from his past who stabbed him in the back. Seeking forgiveness can be very releasing and therapeutic, but the Capricorn man has to search his own heart and see if he’s capable of it at this time.

The end of the second week brings a Super Full Moon in Sagittarius, taking place in his twelfth house of fears, dreams, and hidden enemies. This is a very tense time for the Capricorn man, as he was just recently reminded how it hurts when he is betrayed.

This Full Moon might bring even more betrayal to the table. The Capricorn man needs to choose his words carefully and he needs to comprehend why letting go is so important (for one’s health).

Who Is Mad? Me Or The World…

The third week of the month is giving him some time to digest all that’s happened, and thanks to the Moon conjunct Pluto Retrograde in his first house, he’ll be able to take a long and deep look down into himself in order to realize what is really important to him, and what or who can get the hell out of his life.

This emotional (not to say nostalgic) mood will hold him until the start of the fourth week almost, and he’ll have time to consider, reconsider, and heal from past trauma and betrayals. Which is a good thing, as the Moon moves toward Jupiter and Mars conjunctions in Aries.

When this happens, his pets, younglings, and those young in heart, will be able to move him from ground zero, as far as his emotions are concerned. And although he might act grumpy, the Capricorn man will finally start to regain his composure and emotional balance.

His mood will slowly shift to more romantic and intimate topics; he is opening up for some private time and good old fun between the sheets. Capricorn is a very lusty sign by nature, and his nature was prevented from fully expressing in the previous weeks, and that must and shall be compensated.

Ready For A New Adventure

The fourth and final week of June puts the Capricorn man in a much better mood as the Moon touched upon lighthearted planets such as Venus, Mercury, and the Sun. His routine will be lighthearted for a change, and he will be able to establish balanced and diplomatic communication with his female colleagues and his coworkers.

His head will be much clearer and his heart much lighter, which gives him plenty of time to fulfill the role he loves the best – that of a responsible head honcho who has everything under control.

At the end of the month, there’s a New Moon in Cancer, in his seventh house, and he is finally able to let out a sigh of relief, and his heart’s desires will be fulfilled. Thanks to a harmonic aspect between Saturn and Mercury, he’ll be able to express his gratitude and he might even be a little bit charming.

It’s a good opportunity to spend intimate time together, to let go of the previous month, and welcome July with open arms and an open heart. Watching a heartwarming movie, cuddling, and just talking can be the best thing to do as this New Moon transit kicks in.

Read next: How To Tell If A Capricorn Man Likes You – 5 Signs Revealing That He Is Interested

There you have it, my darlings, phew… This month is not one of the easiest for the Capricorn man, but he’ll manage. There’s a lot of stress and obligations, yes, but in the end, he’ll receive much more gratitude, emotional rewards, and chances to be even more open and honest with himself.

Consider this month as an interlude to better months and occurrences. The Capricorn man is tough as nails. After all, Saturn is his ruler, so he’s been fighting demons his entire life, this is just a “snack” for him.

But, even if he never asks for it, he needs support, and June is particularly emotionally testing, so not asking too many questions and just being there for him can prove to be an excellent strategy for this month’s transits.

If you desire to know more, book a personalized reading with me here and find answers to all of your questions.