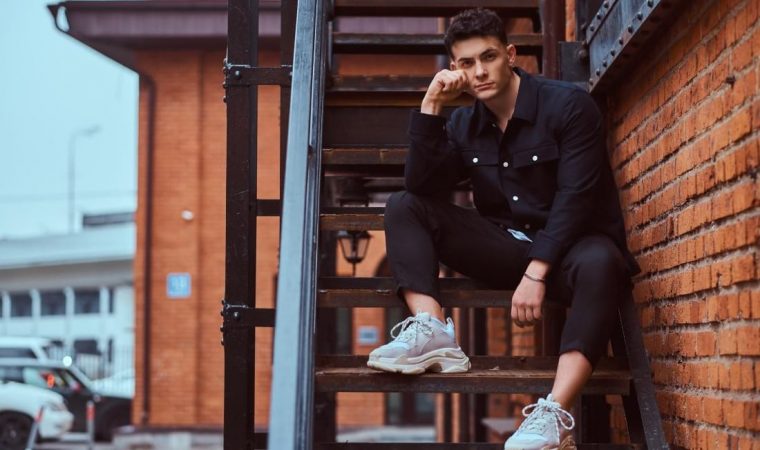 Hello, my dear readers. How are you? All is as planned and right on schedule, I hope, because I’ve come to deliver September tidings, as promised.

The harvest month has a lot in store for the Capricorn man, and it all starts with the Moon in his twelfth house of fears, dreams, and hidden enemies. The Capricorn man will be called to face and transfigure that which scares him, and he will be successful in it, like in everything else.

A cabin in the woods and the proximity to a large body of water sound like heaven on earth during this second week of the harvest month. Your Capricorn man will feel supercharged and ready to release something, but at the same time, he will be prompted to begin something new and align himself with his higher purpose.

The third week is a perfect opportunity to pump up the Capricorn man, as he will be occupied with work, his daily routines and chores, and possibly even his health. So, this week will be a great chance to show off your “support” skills and be a healer to his tank.

The end of the month brings a nice blessing to his social and professional life. The New Moon in Libra on the 25th will mark significant progress that the Capricorn man has been desiring for some time now. It is a perfect moment to indulge him and accompany him in his social conquests.

During the first half of the first week of September, the Capricorn man’s focus will be on his inner world, sleep and rest. The Moon will traverse through his twelfth house of dreams and make a strong opposition to Mars in Gemini.

This means that the Capricorn man will have the opportunity to face his fears, receive powerful messages through his dreams, and make the best out of it only as Saturn’s child can. It’s a very good time for him to transfigure his fears into strengths and enter the new lunar chapter stronger and better.

As Moon moves to his first house of self, it’ll illuminate parts of himself that need fortifying, and here he can use his lover’s or partner’s help. Two heads are better than one and four eyes see more than two!

This is a good time to indulge him in activities he wants to do, and if you’re going to go on dates, do something that focuses on team-building and that puts an accent on discipline and power of will. This is a very good chance to make vision boards together, make plans for the future, and build strategies on how to get better and improve your businesses.

During the second week, his focus shifts to his finances and his communication skills. There’s a strong possibility that he will be forced to pay some debts, or some new receipts will pop up and this will make him uncomfortable because his savings plan will suffer.

This can put him in a foul mood, but the Full Moon in Pisces that takes place on the 10th should help him release extra tension and built-up pressure in a relatively peaceful manner. This is a good chance to make a short trip to a cabin in the woods or to spend some time near the water.

Engaging in meaningful conversations about your philosophies and hypothetical future can prove to be very soothing and healing at this time, and who knows, depending on how immersed you two get in your conversations, you might accidentally manifest a very nice future together.

Remember to be positive and open to anything – this Full Moon is quite magical and esoterically charged, so it has a strong power to align with your vibration and intentions, which is why you should make sure they are good and enthusiastic and have your highest and best wellbeing in store.

The third week of September puts a focus on the Capricorn man’s pleasure and his work. This time is perfect for enjoying spontaneous dates and sudden outbursts of affection. Now is the time to flow with the energetical web, follow your intuition, and grasp the sudden openings and opportunities to spend time together. You won’t regret it!

At the same time, withhold from making promises and firm plans with each other. Some things are just not meant to be, so in order to spare the nerves and each other feelings, make sure to be spontaneous and open to change (in plans) during this time.

Next on the menu is his daily routines and work life. The Moon will highlight Mars’ presence in his sixth house of health and daily chores, which can mean many active things. But he should be careful of arm injuries and generally stay away from sharp objects. Now is a perfect time for him to do something brave and direct at work, but he should refrain from using too harsh words in order to avoid problems with HR.

It’s a great time for dates where he’ll get to vent about his work problems, and you might even get an opportunity to slip in some very good (and diplomatic) advice to him. If he listens to his lover or partner at this time, he stands to gain a lot at work. Especially if he listens to advice from his significant other regarding his health or a systematic check-up.

This week might not seem too fun, but at least there are plenty of opportunities to spend time together.

The fourth and final week will highlight the Capricorn man’s ninth and tenth houses. This means that he will be very open to philosophical debates and activities, which is why you should engage in smart conversations and perhaps even go on some sightseeing adventures that will include cathedrals, temples, and museums.

On the 25th, there’s a New Moon in Libra, and this will mark a beautiful new start for his career and professional life. The Capricorn man will surely make the best use of this opportunity to progress his career and good standing in the eye of the public.

It’s a perfect chance for him to show his worth and put into motion plans he’s been concocting for the previous weeks if not even months. If he was after a raise or a higher position – now is the time to act and seize his chance.

After the New Moon, his social life will receive the Moon’s light and he will be happy to enjoy some quality time with his friends and coworkers. The end of the month is the time for the Capricorn man to let off some steam and build stronger bonds with his coworkers.

Read next: How Does A Capricorn Man Test A Woman?

The Capricorn man’s mood will be, for the most part, balanced and leveled. He might be a little bit prickly at the beginning of the month, but as the Moon progresses through the houses of his chart, he’ll be more and more optimistic and open to nice changes that are coming his way.

There will also be plenty of opportunities for some quality time together and romance, just make sure to set your mind to be able to go with the flow, instead of following rigid schedules and dates.

The end of the month will see the Capricorn man in a particularly good mood as the New Moon will bring blessings to his public life and career.

Are you looking to deepen the relationship potential with your Capricorn man but you’re not quite sure how to go about it? Then why not take a look at my VIP consultations. Let me help you get the love life you deserve using my knowledge in Astrology.

Wishing you so much love and happiness!

One thought on “Capricorn Man Predictions For September 2022”