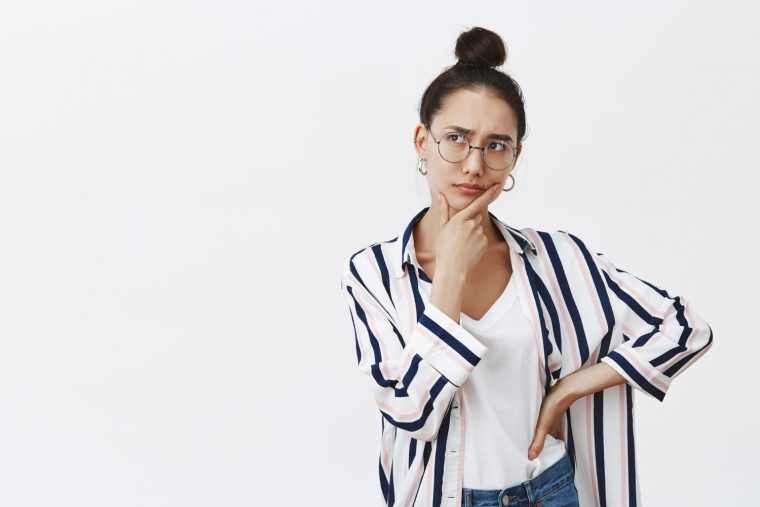 A Capricorn Man With A Scorpio Moon: What Makes Him Different?

There is nothing more perplexing than a Capricorn man. He’s stern, serious, and very responsible – but somehow, he can give you some of the best loving you have ever experienced. He really knows how to take care of a woman.

Now just imagine an already dark and broody Capricorn sun, with an even darker and mysterious Scorpio moon. This sure makes for quite a complex and interesting individual.

And this definitely isn’t a relationship one should walk into blindly. This man is complicated and intense. So, continue reading if you would like to understand more about him with the help of Astrology!

A Capricorn Sun Man With A Scorpio Moon’s Personality

It’s easy to recognize the strength of his character when you first meet him – this man carries a fierce intensity with him.

You can tell that he’s on a mission, and will do almost anything to accomplish his dreams. There is only one position he’s comfortable with in life, and that is at the top.

His self-control is unparalleled. Spending time with him makes it quite apparent that he needs to be in control at all times.

He knows and understands himself deeply, and he only reveals certain parts of himself that he feels comfortable with. He is quite calculated in his actions.

He is extremely dedicated and loyal in everything he does. He’s not the type of man to do anything in half-measures.

When he commits, he commits to the very end. Be that at work, with his hobbies, or his relationships. He approaches all the aspects of his life with a deep concentration.

He’s the last person to give up on a situation, he can tirelessly work towards a goal until he has accomplished everything that he has set out to do.

His sense of pride is extremely important to him, that is why he puts in 110% in everything he is involved in. He simply needs to be the best. If he isn’t, then it really knocks his confidence.

His mind is sharp and analytical. He sits back and perceives the world around him. It might surprise you at how much he can pick up by just observing.

One of his greatest assets is his ability to investigate and problem solve in a matter of minutes. You could say he has killer instincts! 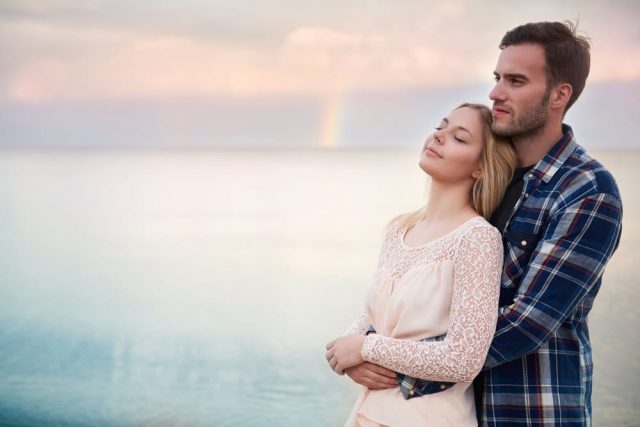 Reading this, you might think he’s all work and dedication. But fear not; this man has a beautiful soft side. He’s extremely sensual and compassionate and has a vast capacity for love.

When he is first confronted with love and romance, he can be rather reserved. He’s the type of man to control his feelings and thinks self-preservation is a way to protect his feelings.

So instead of completely opening himself to love, he thinks it is safer to be self-repressed than get too swept up in a romance that could potentially hurt him.

There is a part of himself that is emotionally insecure, which believes he isn’t deserving of love and joy – but that simply is not true.

Everyone deserves love, some of us just need a little bit more of it and need to work harder to accept it. He is definitely one of those people.

Once he opens himself to love, he shows his practical side. He has a lot of common sense and values the traditional aspects of a relationship.

He is the type of man that expresses his feelings pragmatically. He’s not one for big romantic gestures. But if you need his help, he’ll be there in a jiffy.

It’s good to play the damsel in distress role if you want to get his attention. Acts of service are most definitely his love language.

Part of the reason he is so dedicated to his work is because he wants to be able enough to be the provider for his family.

He’s the type of man who enjoys taking care of his partner, that is why he feels it necessary to have a job where he can earn enough that his family never has to go without.

So, before he settles down and gets married, he wants to feel that he is financially secure enough to provide safety and stability for his family.

It is really important for him to feel that he can protect the ones he loves. He wants to be the powerhouse everyone turns to.

He enjoys feeling like he is needed and useful. This is a prime opportunity for him to show off his dependable and reliable nature.

His sensual nature comes out in simple ways. He takes delight in things like cooking and enjoying a candle-lit dinner with his partner or surprising them with a bouquet of flowers.

He is old-fashioned in his manner of wooing a partner. Like I said before, he is very traditional when it comes to love and romance. So, he goes for the true tried and tested ways to seduce a partner.

His nature is super reliable and committed. You won’t have to second guess his feelings for you, he’s in it for the long haul and definitely not the type to play the field!

The Type Of Woman He Needs 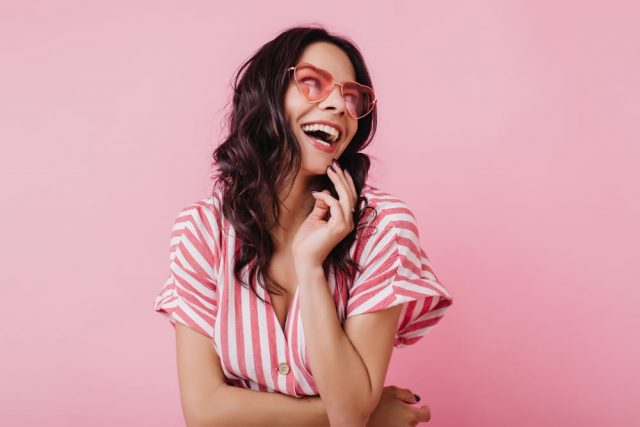 He knows exactly what he wants from life, and choosing a partner is no different. This man has standards, and he needs a woman who can live up to them.

It’s important for him to have a woman who shares the same values as he does.

She needs to be traditional and family orientated; he actually has a rather conservative streak to him, and he would prefer a partner who is similar in this way.

He needs someone who is as serious about their love life as he is. He wants a committed and loving partner who will support him in everything he does.

You know what they say, behind every powerful man, is a supportive woman. He needs to know that his lady has his back.

She needs to be generous with her time and make the relationship as much of a priority as he does.

It’s also important for him to have a woman by his side who has similar hopes and dreams to him. He wants to build and create a future with the woman of his dreams.

The Dark Side Of Dating A Capricorn With A Scorpio Moon 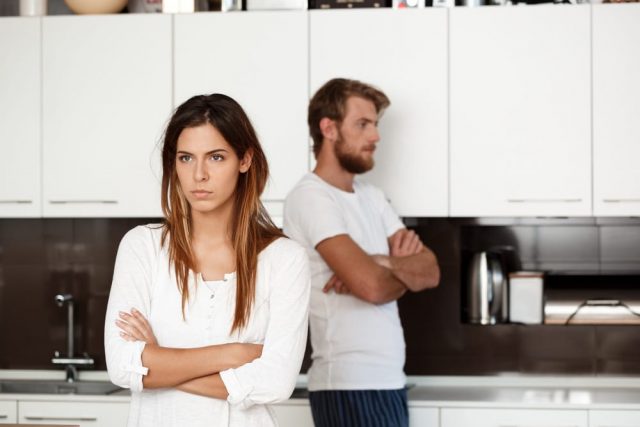 Like I’ve said repeatedly, the man is committed, but sometimes this comes with a dark edge. He can be incredibly possessive and jealous of his partners.

He has a very controlling nature, not only over himself but also those he finds himself in a relationship with. There is a side to him that views his lovers as his “property.”

This can work really well if you’re also traditional, and looking for a conventional kind of relationship with well-defined gender roles. He’s the dream man for a woman who would prefer to be a homemaker.

He is also fiercely private and doesn’t share his feelings easily, which can make it quite hard to reach emotional intimacy with him. But trust me, his emotions run deep, and are sometimes best not seen.

He can be quite dark and brooding. There is a part of him that has a propensity towards moodiness and intense emotions.

In many ways, his Capricorn and Scorpio sides are at war with one another. Capricorn is controlled and reserved, while Scorpio is intense and emotional.

These parts are in conflict with one another. He wants to emotionally express, but at the same time be in absolute control.

Having a Scorpio Moon means that he often needs to through a process of catharsis and transformation. This process is not always easy for him, it is not in his nature to go with the flow in life, his controlling nature simply doesn’t allow it.

Giving in to his emotional needs will help him release a lot of the pressure he puts on himself to always be in control.

Sometimes all he needs is a feminine touch to help him with this process.

This is a very interesting man to be involved with. If you’re looking for something serious and committed, you’ve definitely found the man for you.

He isn’t always the easiest of people to be around, but he sure knows how to work hard to make a relationship work. He’s dedicated, that is for sure!

And he can count his lucky stars to have someone as wonderful as you!

Have you ever dated one of these mysterious men? What was your relationship like? I would love to hear about your experiences below.

Check out right here to learn more about the Capricorn man’s personality and to see if he’s really the right type of guy for you.

Your trusted friend and Relationship Astrologer,