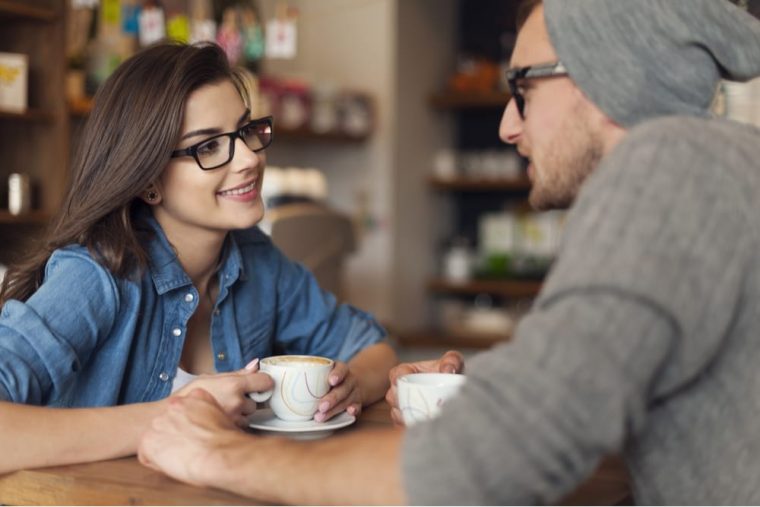 The Pros and Cons of Dating a Divorced Capricorn Man

So many people have been married before—but it doesn’t have to be disheartening. If you have the knowledge of Astrology behind you, dating a divorced man can be a wonderful experience. Here’s what you need to know about dating a divorced Capricorn man!

If you’re dating a divorced Capricorn man or are considering it, you want to go into it with your eyes open. Luckily, Astrology has plenty to teach us about how each sign may be affected by divorcee.

The Pros of Dating a Divorced Capricorn Man

Let’s discuss the positives before we start into what could go wrong! Truly, there are always benefits to dating an experienced man in general, and the Capricorn man is no different.

A divorced Capricorn man has learned the art of being in a serious relationship. Even though it didn’t work out, he’s had a chance to perform the trial and error that you’ll now be spared.

He has likely learned that communication can make or break a love relationship. Capricorn men aren’t known for speaking about their feelings, so any improvement in this area is a plus!

It’s likely he now knows he has to be more open with his future partner.

Your Capricorn guy may have also learned the importance of flexibility and compromise. Normally, Capricorn is very rigid and stubborn sign, but they can improve in this area, and chances are he started that work during his previous relationship.

If he has had a failed marriage or is a widow, he’s quite likely learned that everyone is different and that’s all right. His partner can’t be perfect, but neither is he. Compromise is key.

This means he learns what your differences are and instead of chastising or judging you for them, he will embrace you “as is” and learn to find a way to bring things together.

He and his partner may have a very different look on life values but have similar ideas. He knows he will have to step up his game and make sure that they are able to adapt so that they can last as a couple.

Young, unmarried Capricorn men tend to not know that’s okay for a woman not to be perfect. And they won’t find The One until they learn that. Lucky is the woman who finds a Capricorn past that silly phase.

Divorced Capricorn men understand that everyone is different and a “perfect” woman doesn’t exist but a perfect for him woman does. He gets the differences and acts like it.

3. He’s Learned to Check His Insensitivity

Sensitivity may be something that your Capricorn man has learned—and it was likely a tough lesson. Being married before, he had to learn how to live with a woman and what their needs are when it comes to being happy.

He knows he cannot come off all brash with his lady love, as that would push her away or make him seem callous. That’s no good.

He may have never realized how crucial being sensitive to his partner actually is, but through marriage, he learned it firsthand.

If the divorce was due to him being insensitive, then he now understands what he did wrong and he won’t repeat those mistakes again. He will do his best to be better with a new partner. 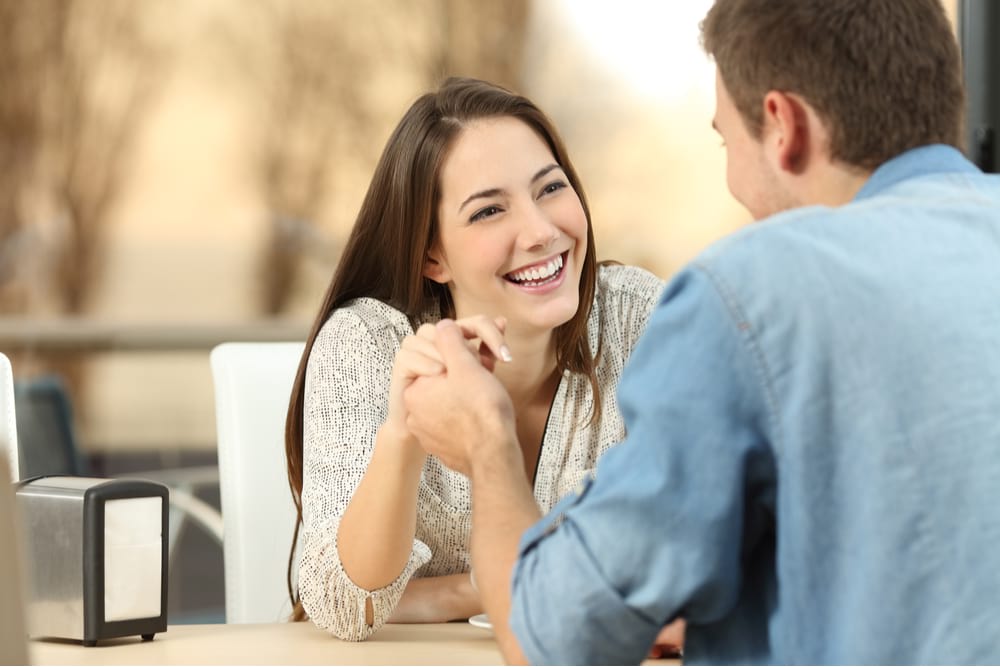 An experienced Capricorn man is often more focused in the bedroom. It doesn’t matter how many partners he’s had—until he’s been in a serious long-term relationship, he won’t actually care all that much about the other person’s pleasure.

When he marries, he has to start paying better attention to his wife so that she’s satisfied. With any luck, his ex showed him how wrong it is to neglect her sexual needs.

If things were done right, he learned by trial and error and is now ready to be more giving and pleasing in the bedroom. He’s ready to be romantic and give as much as—or more than—he’s taking.

The Cons of Dating a Divorced Capricorn Man

It’s not all sunshine and roses—but you knew that. Let’s take a look at the potential challenges.

1. He May Have Fortified His Walls

Your Capricorn guy may not be fully healed from what he went through and is now putting up walls that make it hard for you to get through to him. He may have been hurt pretty badly, and this sign can take a lot to bounce back from that pain.

If he was cheated on or hurt in some other way, he’s going to carry this baggage around with him for some time. He is one to hold a grudge, too, so this can present as a problem when he’s trying to be with someone new.

His feelings get jumbled and confused until he decides to just shut down entirely. Yes, that can and does happen. But with time and understanding, he’ll come out of it.

2. He May Have Turned Into a Grump

Things may have gone really wrong in his marriage and now he’s turned into a really nasty character. He’s mean, he’s intolerable, and he doesn’t speak kindly to you.

He could be very resentful, and it leads to him mistreating you. Be careful of this Capricorn type. He could be abusive whether verbally or physically.

Steer clear if you see a nasty temper coming from him! That Capricorn man is not ready for a new love.

3. He May Have Contracted Commitment Phobia 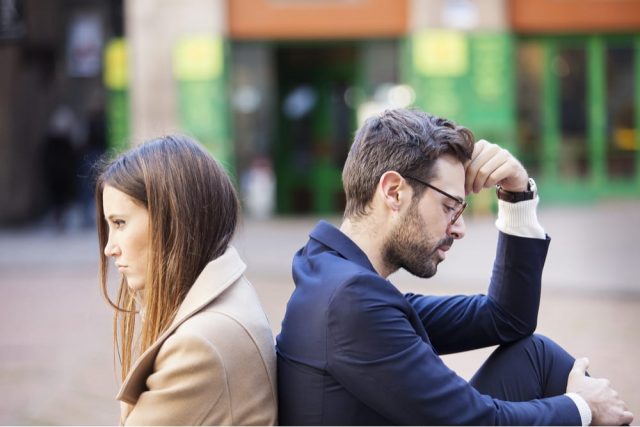 A divorced Capricorn man could become terrified of commitment. He may decide he will never put himself through that again, and so he wants to “hang out” or “be friends” but doesn’t want to have a relationship.

This is the Capricorn man that starts out hot then goes cold. He can develop this from having been in a serious relationship or marriage. He’s been burned, and he’s reluctant to put himself in that position again.

He will drag his feet even if he is interested. He will go out of his way to make sure you understand that he’s not into having a relationship. Know that it’s not you, it definitely is him.

4. He May Have Forgotten How to Trust

A Capricorn man may have some serious trust issues with women if his ex betrayed him. If his marriage ended due to infidelity on her part especially, he may decide all women are capable of this and feel he needs to shield himself from being betrayed again.

While he really likes you and wants to be with you, he may sometimes display some odd behaviors due to his lack of trust. It will take a very long time to soften him up and convince him to trust you, but it can be done!

Go out of your way to show him you’re not going anywhere—and you only have eyes for him.

Read next: Why Do Capricorn Men Withdraw All the Time? Finally We Know!

Capricorn men are complicated as it is, but if he’s been married and it ended poorly, it could change his tune. Either it will make him more positive and able to be better, or it will turn him into an intolerable jerk.

Only you can tell which way it went, and only you can decide if the new him aligns with you. If you see any negative signs in him, such as lack of support, lack of care, lack of understanding, or lack of kindness, then you may want to back off and rethink being with him.

You should trust your gut when it comes to deciding whether or not to get involved with him.

If he displays more positive than anything else, then by all means, go for it and enjoy him! You could have a really excellent man who’s beyond his “rough draft” and on to the “finished product.” If he displays more negative, though, run for the hills!

Have you dated a divorced man? What was your experience? Share your story (or questions) with our community in the comment section (don’t worry, it’s anonymous).