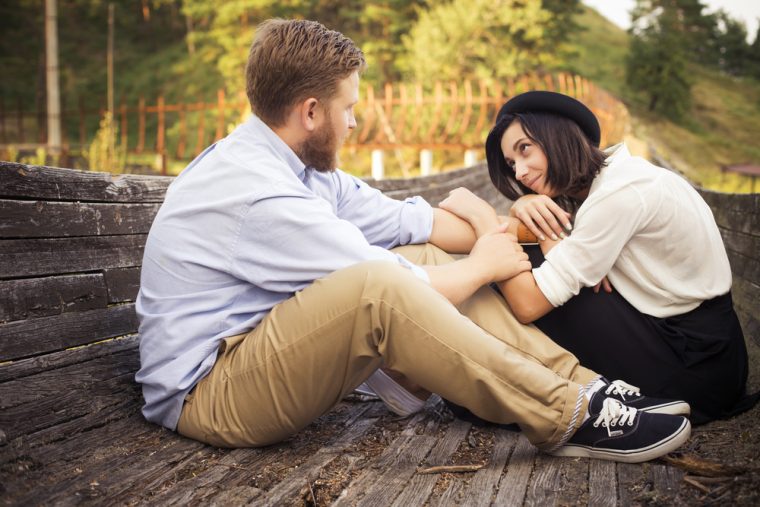 So why does Capricorn man withdraw after he has been hot and romantic?  There are some good reasons that he will do this sort of thing. It may not seem like it but trust me, he has his own quirky behaviors.

I have some things for you to see that may help you have better insight on Capricorn man’s behavior. So, you might want to keep reading to find out what would cause Capricorn men to withdraw quite often.

Why do Capricorn men pull away? This may have something to do with his belief system and how he lives his life. That sounds confusing right? Bear with me and keep reading.

The Capricorn man tends to hold some really high standards and if someone doesn’t meet those standards or prove themselves to not be high quality in his book, he’s not into giving them any more of his energy.

It’s also likely that he has some expectations that may seem almost impossible. Again, if you aren’t living up to what he expected you should be or what you can be, he will likely pull away.

If you lie to him or are dishonest in some way, he will let you go. He isn’t interested in someone with loose morals. He wants to be told the truth at all times and from someone who values life.

He takes a long time to let someone in enough to trust them so you can bet that if you’re disloyal or betray him in some way, he will lose interest. This includes lying about even the smallest of things.

He can’t stand lazy people, people who gossip, or people who don’t treat others right. If you’re someone that constantly complains, treats people badly, or acts better than others, he will definitely turn and walk away. 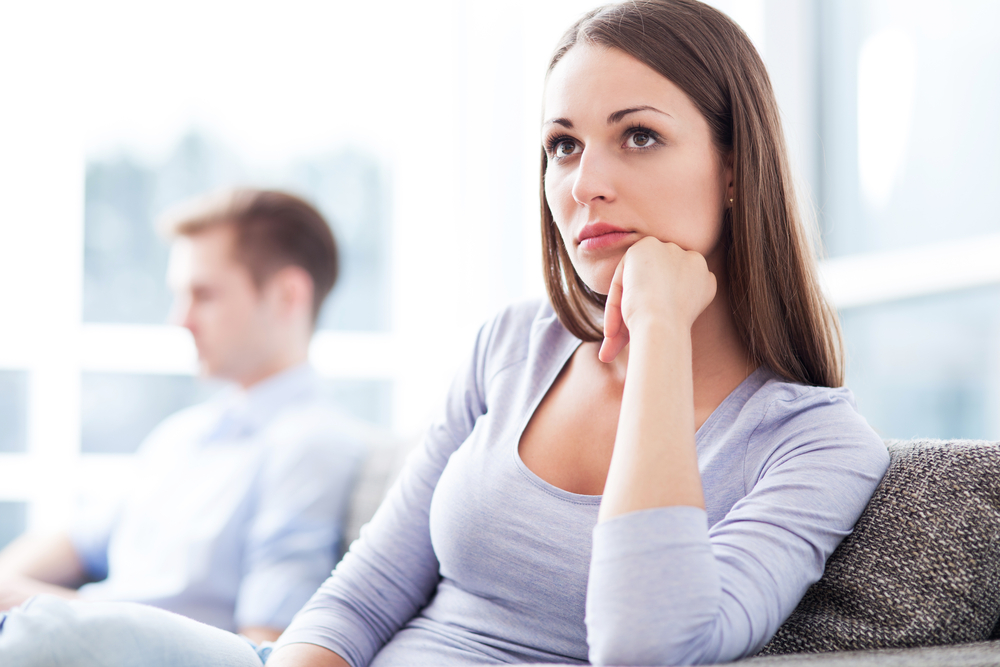 Capricorn man loves having peace. He tends to turn away from situations that seem too negatively charged, and certainly, people who blow things out of proportion.

He cannot stand loud women who have to show off every time they go out. He wants to keep things low key and private. Talk on the phone while you’re out with him, he’ll probably think it’s rude and will hold it against you.

When he’s going out with you, you have to have manners. Complaining about the wait staff at a restaurant will turn him off unless the wait staff really is that awful. Just remember, he’s someone who stands up for justice.

If you’re bashing people, he’ll likely put you right in your place and deservedly so. He cannot stand judgmental people or gossips. If you’re overly emotional about things, he will shy away from you there too.

Truly this guy wants a woman who can conduct herself with elegance, maturity, and our understanding of human beings even if they aren’t doing their best. Talk badly about people, and you will be out the door (or he will).

Be a lady and mind your business. It’s far better for you to take a diplomatic approach when it comes to other people. It’s good for you and he’ll be happy with it as well.

Lack of Supporting Him

When he’s been giving you his all, and yet you cannot get on board with the things he does in his life, he will likely pull back. He wants a partner who is going to be moral support and basically be his personal cheerleader.

He takes great pride in what he does as well as what he is striving to achieve. If you cannot get on board with these things, then he feels he has no use for you and will absolutely withdraw.

The Capricorn man knows he’s good at what he does, and he wants to have a partner that will respect him and his endeavors. Disrespecting him on any level will make him want to walk away.

Certainly, if you criticize what he does, he will go dead quiet on you, and you’d be lucky to ever hear from him again. He’s most likely done with you and will cut ties so good luck with that.

Support anything he does unless it’s something harmful. He’s not likely to plan anything that is intense like that anyway. However, be sure that you are his biggest cheerleader.

Even if you have to put on some sexy but classy clothing and do a cute cheer for him, do it! I’m kind of poking fun but I’m absolutely serious about showing him support. He needs it and he craves it.

Read next: How To Get A Capricorn Man Interested In You – Capture His Attention

Hurting Him or Insulting Him 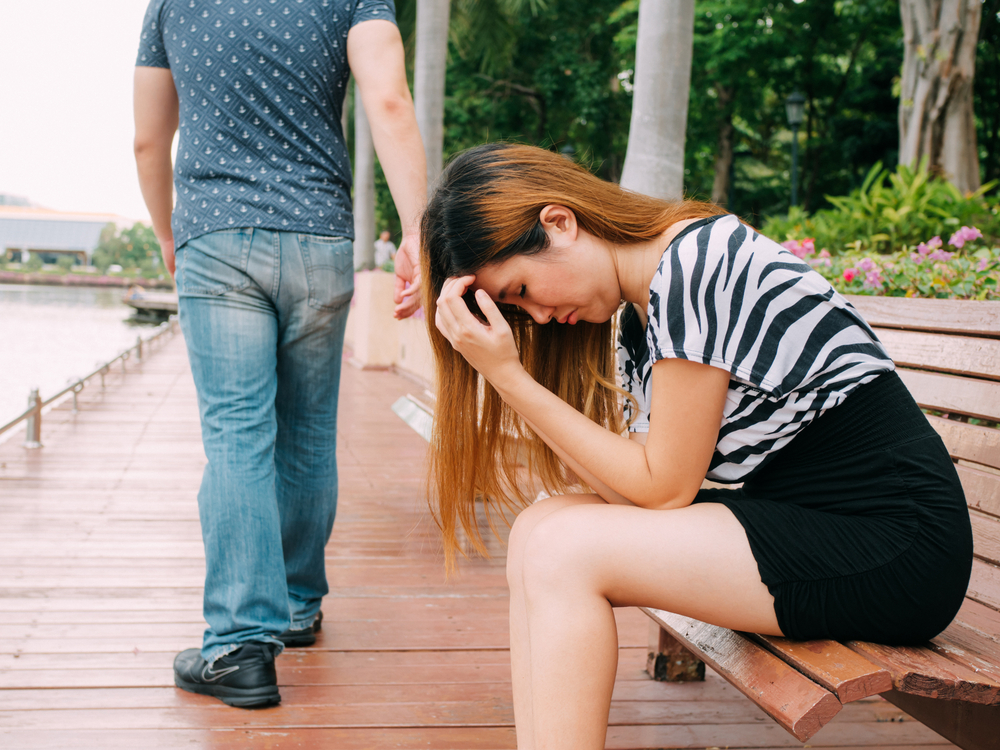 Capricorn man is sensitive to what people say to him. He’s the hardcore on the exterior, and he can certainly handle himself. However, he may not appreciate it if you plan to point out what all he’s doing wrong.

He doesn’t need someone to point out his flaws and make sure he hears all about it. That doesn’t mean he is oblivious to what he does wrong, but there are ways of telling people where they need improvement without being a jerk.

Picking fights with him is also a bad thing to do. He won’t tolerate it, he will absolutely strip you bear telling you what all you’ve done wrong that he didn’t mention before.

The last thing you really want to do is “go there” with Capricorn man. He doesn’t like game playing and prefers to be with someone who is mature. Games are for children, not for grown women.

Hurting him will only make him go totally cold. It may also make him want to get out of dodge before you try to hurt him again. This is why he guards his heart so well and takes a nominal time to commit.

These types of things definitely make a Capricorn man withdraw.  He may not know how to cope and so he needs to actually think about it and figure out what he’s doing from here on in.

Is Capricorn Man Likely To Return?

If you’ve made the mistake of doing any of the things I’ve mentioned, then it’s probably not all that likely he will return. He holds a grudge pretty well, and it would take time and forgiveness to get past it.

When you make stupid small mistakes, you can apologize, and perhaps he’ll get past it with a bit of time. However, if you really went after him in an argument, he will not want anything else to do with you.

You’d really have to prove to him somehow that you’re not ever going to do that again and that you’re working on your own behavior. If you don’t think you did anything wrong, you won’t see or hear from him again.

He can and will return if he thinks you are worth his while. If he feels you will not hurt him or insult him again then he may come back. It really does depend on the severity of what happened.

Why do Capricorn men Withdraw? Well, when they feel they cannot trust the woman they are with, they will absolutely hide out away from her at any cost. However, he will come back if he feels she’s worth it and will correct her behavior.

Read next: 5 Biggest Turn-Offs For The Capricorn Man You Should Know About

While Capricorn man is capable of forgiveness and starting fresh, he’s not likely to do it if you’ve really gone above and beyond to hurt him or disappoint him. Remember, he seeks a mature lady who can conduct herself with elegance.

Be independent, optimistic, and carry out your own dreams or goals. You’re inspiring him by achieving your own successes. He wants to be like you and you’re helping to motivate him to do his own.

It’s important to be the one he turns to when he’s uncertain about his life or where it’s headed. When he can trust you, he will absolutely open up but that may take a great deal of time. If you love him, you’ll wait him out.

Speaking of reserved and private, did you know that certain male celebrities are Capricorn men? For example, tall and sexy actor Tyrese Gibson is one. Perhaps that’s why we don’t see him very much in tabloids. He keeps his lips zipped.

Have you gotten a withdrawn Capricorn man to return? What did you do to make him want to come back? Tell me about it!

7 thoughts on “Why Do Capricorn Men Withdraw All the Time? Finally We Know!”