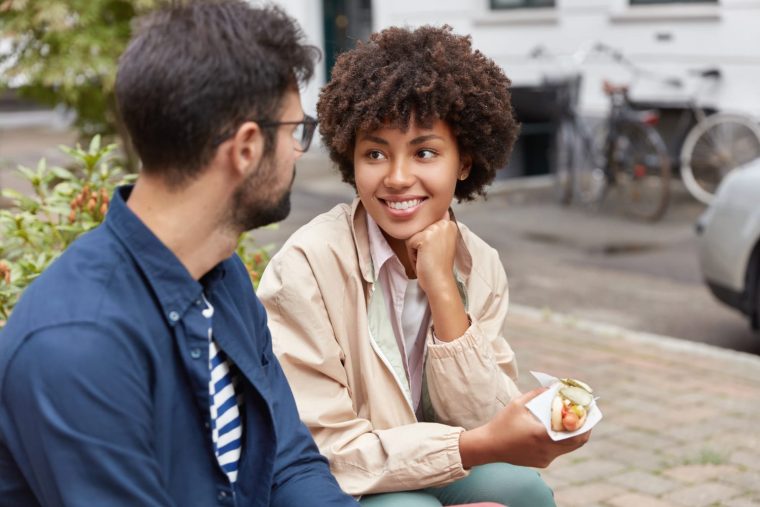 How To Properly Communicate With A Capricorn Man

Are you trying to connect with a Capricorn guy but you’ve hit a wall? How do you get through to him? And then, how long does it take to get through his walls?

I’m Anna Kovach, and I’ve been a Relationship Astrologer for years. Capricorn men are some of the most puzzling people to attempt a conversation with for several reasons. You could be feeling like you’re at your wit’s end trying to talk to this guy!

No worries though, because I’ve found a few pointers over the years that will assist you in bridging the communication gap between your Capricorn guy and you. It just takes some change in perspective to understand him!

I’m excited to tell you my five best techniques to communicate better with the Capricorn guy. If you’re ready to learn and apply these tips then you’re well on your way to having those heart to hearts with your Capricorn fella.

If you’re as ready as I am to dive in then read on, sister! 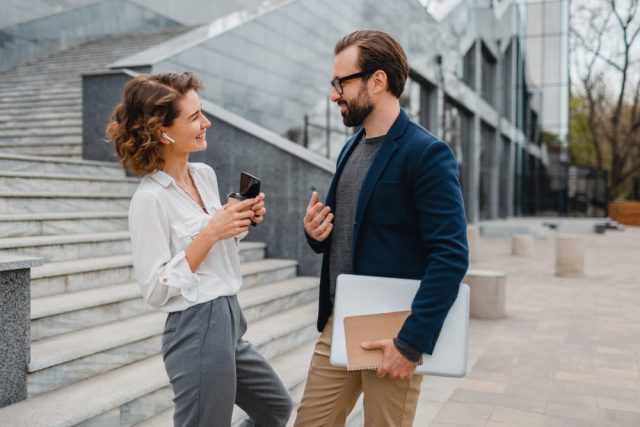 Capricorn is a sign that is all about business. He’s all about hard work with no games. Talking to a Capricorn guy can feel like attending a work meeting. What’s on the agenda before we can all disperse?

Capricorn likes to talk about what’s necessary and not much else. Capricorns are famous for their silence.

If you’d like to get across to the Capricorn then it’s better to not mince words. Say what you mean in the simplest way that you know how to. This is the type of communication that hits home for the Capricorn man.

This doesn’t mean that Capricorns can’t enjoy a more casual chat. It mostly means that if there is something that you want to say, beating around the bush isn’t going to register for the Capricorn.

He isn’t reading into what you say. He’s not overthinking it. He takes your words at face value. As a result, being vague when attempting to communicate a point is going to have him more confused than enlightened.

Say what you mean and mean what you say when a Capricorn man is involved!

Capricorns are formal people, even in casual relationships. For the first while of a partnership or friendship with a Capricorn, you might be the only one thinking of it as a friendship or partnership.

Capricorns will not jump into deep conversations right off the bat. There is nothing that makes a Capricorn prickle like oversharing too soon.

It’s good to buckle in and enjoy the ride when communicating with a Capricorn man. He’s not going to open his shell up readily, so it’s better to set up camp and wait for him to relax with you.

He must build a base of trust before he becomes real with you. He must witness that you’re not going anywhere.

Being ruled by Saturn, Capricorn needs to see that you’re ‘solid’ and not going to change on them. They like someone who first displays their staying power.

Once Capricorn realizes that his walls have not put you off, that is the moment that he begins to lower them. 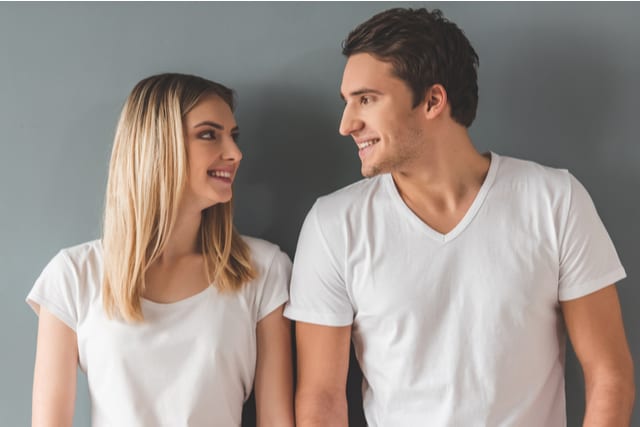 Capricorn is not subject to any worldly illusions. He sees things the same way that they really are. This is why he can sometimes speak with such certainty about ‘the way things are.’ He feels that he is completely unjaded regarding the nature of the world.

He doesn’t need a happy ending or a positive spin on the story. If he is ever venting to you about anything, understand that you don’t need you to find the bright side for him.

Capricorns will vent to you, but it isn’t because they’re under the illusion that you’ll solve their problems. Instead, they vent to get closer to you and let you in on what’s on their mind.

In addition, being overly hopeful, precious, or naïve in conversation is going to instantly have your Capricorn guy running for the hills. Phrases like “everything happens for a reason,” “I know you’ll pull through this,” and “just look on the bright side” are pure Cap repellent!

Instead, try just quietly listening to him when he’s upset or annoyed. And try saying: “Thank you for telling me that. I’m here to support you through this.” A phrase like that is honest and doesn’t make the Capricorn feel like you’re attempting to make the situation better than it is.

Lay Off The Jokes

Save your witty one-liners for a Gemini, because Capricorn men famously have a dry sense of humor. Capricorns would not enjoy things like standup comedy and instead find more morbid things to be funny.

Capricorn doesn’t laugh easily in most cases. It takes a certain kind of cynical humor to really get a Cap to giggle. And even then, belly laughs aren’t really part of his repertoire.

Rather, Capricorn would prefer more serious activities. He may actually think it’s annoying when people try too hard to make others laugh. It’s the sort of thing that makes him cringe just thinking about it.

Capricorns have a high standard for what is funny. They may laugh at the sort of things that others would feel awkward about. Hey, whatever puts a smile on their face is cool!

If you do go for humor, don’t try for witty wordplay or slapstick. Instead, try a touch of dry sarcasm once in a while or some observational humor.

His Word Is Law

Capricorns don’t say things just to say them. So, when he does speak, you’d better listen because he means it. No pressure though!

It’s true that he expects others to take his words very seriously. He is a man of few words, but those words pack a punch with their meaning.

He speaks plainly and shortly. I imagine that Batman is a Capricorn, because he says nothing unless it’s absolutely necessary.

Capricorn men can be bossy. He is the ‘boss’ archetype within the Zodiac, after all. He is short spoken so he may even forget a please or thank you when telling others to do things! It is an acquired taste for many, that is for sure.

If you can handle the Caps big boss energy then you’re in luck. He expects loyalty and accommodation above all else.

What do you think? Can you handle the authoritative communication style of the Capricorn guy? What have you been able to take away from this article that may influence your future approach to the Capricorn guy? Let me know in the comments!

I know that sometimes a simple article online isn’t going to cut it for some couples. You may be wondering where you can get some extra help. Look no further, because I have a few spots left for my VIP Consultations! I created these to get to the root of YOUR partnership’s unique points of interest. Don’t be shy, hit me up and let me help you!