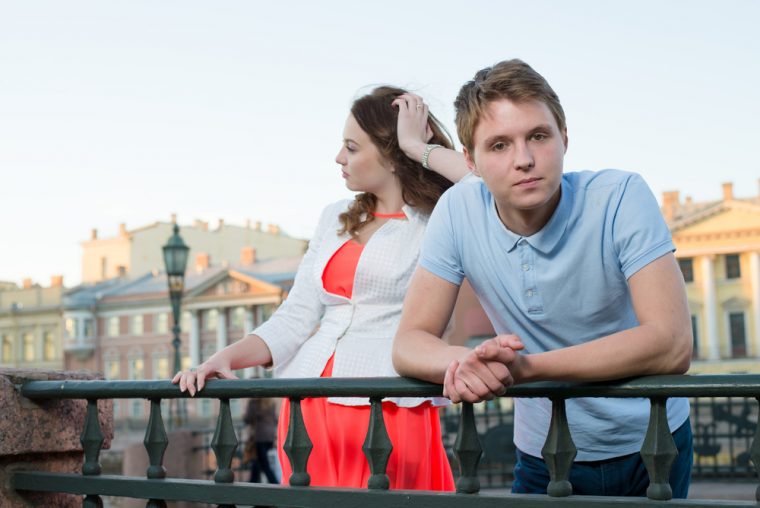 There are a several reasons why a Capricorn man may ignore you. It’s probably a good idea for you to learn what they are so that you can tell what is going on with him if he goes quiet suddenly. What does it mean when a Capricorn man ignores you? Keep reading to find out more.

One of the first things you need to understand is that the Capricorn man does tend to run hot and cold. He wants to move slowly but sometimes his excitement makes him jump the gun.

He may seem very into a woman and tell her all the right things but then remembers that he should slow down and make sure he’s choosing the right woman. Then he becomes more reserved, pulled back, and doesn’t talk as much.

He could go from telling you he wants to marry you to talking to you about very basic and mundane things that are devoid of any excitement or indicate his happiness in the relationship.

It’s very confusing for any woman to really understand. She thought everything was going really well then suddenly he just pulls back and doesn’t indicate wanting to be with her going forward.

The thing is, if he remembers he needs to take it slow, he just does it without explaining to the woman why he’s doing it and what he intends to do going forward thus she’s left hanging and wondering what is going on.

He will stop talking as much or he may just go dead quiet. Sometimes he can fall deeply in love with a woman but then goes ice cold because he’s terrified of her and isn’t sure how she feels for him so he disappears like a ghost.

It really doesn’t make much sense but for the Capricorn man, he believes that either he’s not good enough for her or that he’s not really ready for a strong long lasting love.

He also does hot and cold behavior if he’s not sure about a woman. Perhaps she has some habits that don’t sit well with his high moral standards therefore he’s not sure she’s a good fit for him. He goes quiet to figure things out.

Other Reasons Capricorn Man May Ignore You

There are a variety of other reasons that the Capricorn man may ignore you outside of the things I already listed. Let me try to cover these for you as best as I can so that you understand what may be going on with him.

One of the things that he may start ignoring you for is if he feels that he doesn’t have enough space or personal time to himself. This is an absolute must for him. He has to have some time to be alone, decompress, gather his thoughts, and relax.

He doesn’t feel he can do this with his partner around all the time. Instead of communicating and telling his partner this, he’ll hold it in until he can’t take it anymore and then just vanish for awhile.

This includes not responding to calls or texts and if he does, it’s minimal. It’s like he forces for himself to have the time he wants. It’s not really right that he doesn’t tell his partner but they’re known for doing it this way.

If you think back and notice that you two normally spend a great deal of time together but he’s been rather agitated as of late, then this may be what he’s doing and just being quiet in return may make him feel better.

What I mean by this is don’t keep texting and calling. He will see this as pressure and he’ll make it justified as to why he’s being quiet and spending time on his own.

Another reason he may be ignoring you is because he noticed some behavior of yours he doesn’t like. Perhaps you’re gossiping, talking badly about people, talking too highly of yourself, or treating others less than kind.

These are qualities Capricorn man doesn’t like in a woman. He expects his partner to be sweet, kind, and someone that you can rely on. The funny thing is, he can be a jerk sometimes too but he feels his morals are high standing.

Perhaps you didn’t live up to what he expected you to be from the beginning. He may have had some grand illusion of what you should be and you just didn’t line up with that so he decided to go cold.

When he’s disappointed or feels that his partner just isn’t the one, he will remove himself from the situation. He should always tell his partners when he’s exiting but he doesn’t always do it.

What Else Causes Capricorn Man to Turn to Ice?

There are a variety of other things that don’t set well with his morals such as a partner who is too flirty with other men, too emotional, too dramatic, and unsupportive of his goals or passions.

Truly he has a laundry list of things he doesn’t like and sometimes it can feel like it’s hard for a woman to satisfy him. He’s looking for a very specific type of woman who is classy, independent, and loyal.

Those three things are pretty simple but if they act like the things I’ve described so far, he will be turned off and will shut the door. When he does, he’ll move on and try to find someone better.

Now that you’ve got some information on why he would turn cold or start ignoring you, you sort of get the idea of what category you fall into. If it’s any of the minor things, you could still salvage this.

You could tell him to take the time he needs and you’ll be there when he returns. Also go ahead to live your life and do what you want to do. When he understands that you’re not sitting around waiting on him, he’ll probably come back to you and be the man you want.

If you want to better understand what does it mean when a Capricorn man ignores you, and how you can prevent this, click here and learn everything you need to know about your special Capricorn guy.