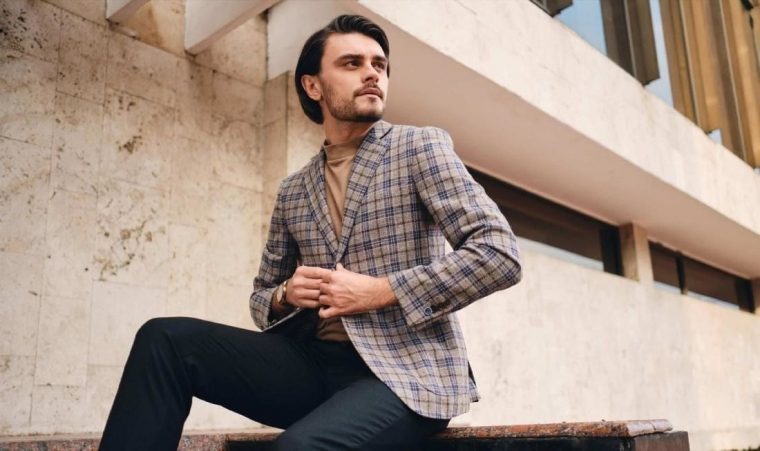 Hello dears, how are you? All’s well I hope, for here I come with new predictions for the month of March for a sturdy and serious Capricorn man. Time is money, so let’s not waste it and head right in!

The beginning of the month doesn’t open up many romantic opportunities for the Capricorn man. In his chart, malefics overpower the feminine archetypes (Venus and the fifth and seventh houses), thus, he is of a dry and goal-oriented mind rather than sappy and romantic.

The first Half-Moon on the 10th brings lighter vibes and more romantic opportunities. He will be focused more on saving rather than spending money, but he will be more relaxed and open to compromises and flirty conversations. It’s a good sign and entrance for better times that lie ahead.

The Full Moon brings prosperous opportunities for getting under his skin by playing your cards right. Be composed, measured, pragmatic, and practical. Focus your romantic endeavors on helping him ease his financial and business dilemmas. His mind will be focused on local vs global market and business reach – that’s the ace up your sleeve.

The end of the month changes the scenery slightly, his mind is still focused on his goals and business, especially on local reach and consumer’s market. Play your hand steadily and with patience and you will get your reward tenfold in the upcoming months. Steady on…

Get Rich Or Die Trying!

Right off the bat, there’s a New Moon to kick off the month, and it’s happening in Pisces, in the Capricorn man’s third house of transit, communication, and siblings. But more important is the stellium in Capricorn in his first house formed by Pluto, Mars, Venus, and Vesta.

This means that the Capricorn man will have a lot going on in his personal life. He will be forced to focus on himself first, his needs, ambitions, and goals. Venus doesn’t feel nice in Capricorn, and she’s definitely not feeling well stuck between harsh Mars and toxic Pluto in a sterile sign.

It signifies that he will be struggling with his female archetype and that he will forsake his emotions due to ambition and professional success. This is further fortified with the symbolism of the ruler of his fifth house of romance and pleasure – Venus, being heavily damaged by the two strongest malefics in the Zodiac.

The saving grace comes in the form of the Moon, ruler of his seventh house of love and marriage, conjuncting the Sun and Jupiter in Pisces. This means that his neighbors or siblings will advocate more romantic topics and themes in his life. It’s possible that something of karmic significance will happen to him in transit from home to work or on a short business trip.

His ruler, Saturn, is in Aquarius in tight conjunction with Mercury. This definitely signifies a short yet karmic trip and (hard-earned) money coming his way. Good ideas for dates include being spontaneous and trying your best to awaken his female principle that is unjustly overpowered by the current transits.

Help Is On The Way

The first Half-Moon brings a lighter atmosphere to the Capricorn man’s love life. The Moon, the ruler of his seventh house, is in tight conjunction with Lilith in Gemini, his sixth house, and it’s going to move into his seventh house in the next couple of days, nicely highlighting love matters in his private life.

Mars and Venus have moved away from toxic Pluto in Capricorn, and they are now residing in Aquarius. Not the greatest achievement, but still better than what we had at the beginning of the month.

Here, Mars and Venus are highlighting his second house of income, and Venus is freer to operate her usual romantic magic, so good ideas for dates include some intellectual activities that don’t require a lot of money spending. His mind will be focused on acquiring more wealth at this time, so keep that in your (romantic) plans.

Mercury has moved from Saturn’s overpowering presence to Pisces, where, truth be told, he doesn’t feel very good, but it’s still a pleasant and more romantic change of scenery for this androgynous planet.

For the Capricorn man, this means a lot more GPS problems and misunderstandings in communication with siblings and/or neighbors. But, thanks to Jupiter conjuncting the Sun and Neptune, he’ll get a lot of exciting and positive situations that can put him in a more romantic mood.

The Full Moon on the 18th of March highlights the Capricorn man’s third and ninth houses. There’s going to be some kind of a battle going on in his mind about his immediate surroundings and desire to go big and expand on the foreign market.

But, since Venus and Mars are (still) in a tight hug, doing their own thing in Aquarius, his second house, a good way to his heart at this point in time is through discussing finances and giving him solid advice on how to fulfill his aspirations and broaden his business reach.

The North Node is in his fifth house, so his libido and need for pleasure will be at an all-time high right now, but Venus is still in his second house of income and finances. That’s why the best way to wrap him around your finger despite his logical and money-focused mind, is through pragmatism and a practical mindset.

Keep that in mind when you approach him and flirt with him. It’s time for subtle and measured flirting, don’t show your cards right off the bat, reveal them one by one, make it last, and make him savor it. Play your hand right during this transit and you may land yourself a “big one” for life.

Behind Every Successful Man, There’s A Smart Woman

The end of the month highlights his fourth house of home and family in addition to an activated second house of finances and third house of communication. This means that the Capricorn man will be focused on family matters in addition to his already opened financial questions.

Good thing is that the Sun conjuncts Mercury in Aries and the Moon joins the party. Whatever is happening at his home will be resolved quickly and directly, considering the pairing in this joint.

Venus has finally gained some distance from Mars but is now conjunct Saturn, Juno, and Mars in Aquarius. This means that his financial endeavors are soon going to culminate and there’s karma going to be involved. So, whether he prospers or faces a loss is entirely up to his past deeds.

Jupiter drew closer to Neptune in the previous days and is now forming a tight conjunction in Pisces, in his third house. This means that his mind will focus on the local market and expansion in the nearby domain.

Good moves from your end during this time can include a practical approach to business ideas, being supportive of his business ventures, and going on short trips together, possibly while completing some tasks like market research or gaining the upper hand on the consumer needs.

There are not a lot of enjoyment and unwinding opportunities in March for his romantic life. But, with the Capricorn man, it’s never in the short-run – with him you always have to play the long game, and now is the time to invest (your time and energy) into his objectives and goals so that he can pay you back in April and May.

Read next: The 7 Relationship-Killing Mistakes With A Capricorn Man

There it is, my dear readers. Hopefully, this prediction will help guide your hand during the upcoming transits and it will lead to your prosperous future venues.

Stay safe, have fun, and be positive; March is a promising month and it brings good things to those who have done good in the past. And to those who haven’t… well, it’s never too late to start fighting for the higher cause.

I write these articles so that they apply to everyone who is with a Capricorn man. While generally correct, you could be feeling as if your specific situation was overlooked. I won’t have my dear readers left feeling this way without guidance.

I pride myself on my connection with my audience. I never want you to finish here feeling like you didn’t receive enough help in your relationship.

I created the VIP Consultation services in order to find those that need my one on one, personalized attention. It’s a way for me to get to know you and for you to gain personalized insight into your relationship.

Wishing you love and light on your journey this month with your loved one.