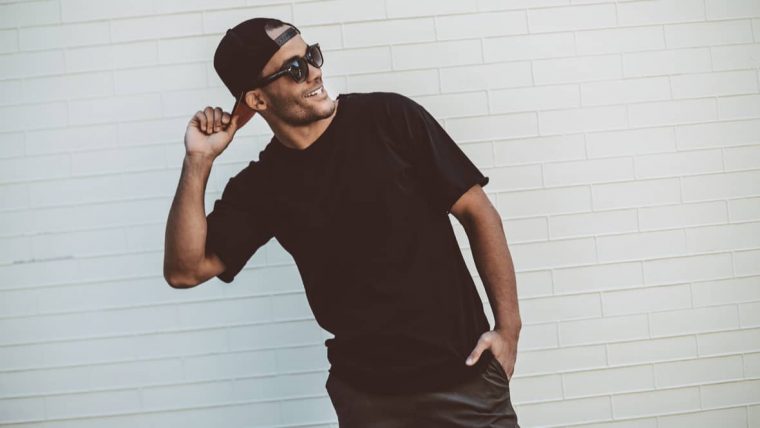 Hello darlings, how are you? Classy and sassy, I hope, for we are about to dive right into the predictions for the Capricorn man for April, so strap in, and let’s go!

The New Moon at the beginning of the month afflicts the Capricorn man’s fourth house of home and family. Saturn, Venus, Mars, and Juno are activating his second house of finance, so there’s a lot of conflict going on in his life right now that will make him feel drained.

But not all is lost, he will show his affection through material gifts and short stops to express his suppressed feelings because he has a lot on his plate right now.

The end of the first monthly quarter brings a lot of pressure on his shoulders, this is why it’ll be a good thing to go out in nature, or near a body of water and just unwind while the smells and sounds of wildlife fill his lungs. He feels inadequate right now, and he might even be accused of underperforming – this is his worst nightmare, so be kind to him.

The Full Moon brings a lot of events both in his career and social life. Thanks to Uranus and the North Node in his fifth house of fun and pleasure, his mood won’t be able to keep up with the new events happening. Not unless he has Uranus in his first house of self.

The second New Moon of the month puts him in a festive and good mood. The Capricorn man will generally feel good at the end of the month, and this is a good time for social outings of all kinds.

Trouble At Home Is Brewing

At the start of the month, there’s a New Moon stellium in Aries, the Capricorn man’s fourth house of family and home. This will activate house squabbles and tension between housemates or within his family.

His ruler, Saturn, is residing in his second house of income and finances, and it’s making strong conjunction with both Mars and Venus. Juno’s in there too, and Vesta as well. This means that he will have unexpected expenses, but also gain as well.

Thanks to Venus in his second house of finance, he will be prone to giving gifts and providing his affection through a material outlet. Fortune, Uranus, and the North Node are all occupying his fifth house of fun and pleasure, so the Capricorn man will be tender and sweet during this time, as long as you don’t take too much of his time.

Since Pluto is still in his first house of self but on its last legs (as it’s nearing its exit from Capricorn), he will feel burdened and heavy because the karmic and soul lessons are coming to a close. The Capricorn man’s mood is sprinkled with Plutonian energy – that’s nothing new, but it might affect how he acts and talks at the beginning of the month.

Can’t Get Away From Myself

On the 9th of April, the Moon takes residence in Cancer, the Capricorn man’s seventh house, and it makes a direct opposition with Pluto, his first house. This is going to bring forth some tensions in his long-lasting relationships. A love interest or partner’s sensitivity to his lack of time will rise to the surface and the sparks will fly.

He will feel overburdened and thanks to Venus in Pisces, he’ll feel the need to run away. But not like Sagittarius would – 9,000 miles from home – but somewhere near his residence. Somewhere with water, ponds, leaves, and green colors. Nature has the power to calm down his mind, so that’s where he’ll go.

Mars conjunct Juno exactly and they both still touch Saturn, in the Capricorn’s second house of worth, so he might feel like he’s not doing enough, or that he, simply, isn’t enough, especially if his spouse or female boss is not satisfied with his results in the previous days or weeks.

This is a good time to lighten up his mood and bring him something sweet, something that can unwind his mind. It’s a good idea to go out, to go near the river, or to go out on a boat, even if it’s just for a couple of hours, it will have a lasting relieving impact on his psyche.

On the Full Moon that rises on the 16th of April, the Capricorn man’s tenth house of image and ambition and his fourth house of home are illuminated. There’s a realization that he’ll have concerning his career. Either he is in the wrong field and he’ll come to realize it, or he will understand that he is undervalued and unappreciated and he’ll take a break for the sake of his ambitions.

This will put him in a serious mood, but there’s a saving grace in the form of a big stellium in Pisces, his third house. Jupiter and Neptune are conjunct exactly, and Venus is making her way to Neptune. Mars has entered the playing field as well, so it’s a perfect time for sex near the water or buying a fish pet together.

Building an aquarium or a vivarium is a wonderful idea right now, as the closeness of the animals and earth (soil and plants) can take off a lot of the weight from his shoulders right now…

The Capricorn man’s fifth house of pleasure is pretty lit right now, Mercury conjunct Uranus and Uranus conjunct the North Node – there’s a possibility for a lot of unexpected social invitations during this time. Going out to a new or “weird” social setting can be invigorating. Fated events can happen while you’re out and about during this time.

We Will Rock You!

The Black Moon taking place on the 30th of April makes a whole party in the Cap man’s fifth house of pleasure – the Sun, the Moon, Uranus, and the North Node have all gathered there to get the party going. Whatever happens now, especially during a party or a social setting that was fated to happen.

Venus and Jupiter are conjunct on an exact degree in his third house of siblings, communication, and movement, together with Neptune. Mars is in there as well, and Juno too. This means that something very beautiful will come to pass thanks to his sister, or he will receive some wonderful news from his neighbor.

Mercury and Fortune are in Gemini now, making his daily life pick up the pace and move towards a more positive goal. The Capricorn man should be in a good mood right now, but he can get overwhelmed quite easily during this time. It’s a good moment to be socially active, have fun, and plan parties together.

Read next: How To Become A Priority For Your Capricorn Man

The Capricorn man will be under the weather most of April due to all kinds of pressures both from his home and career life. But the good thing is that he will have some boosts of stamina and good news, especially towards the end of the month.

April is good for building things together, for enjoying nature, and having fun with your hands. Embrace this joyous time with him, as we all know that the positive energies ebb and flow. You’ve got to snatch it up and appreciate it while you can!

I know that it can feel impersonal just to read my general advice on my horoscopes. If you ever feel this way then take advantage of my VIP Consultations. I created them so that I could get more in touch with my followers, one to one. Move fast to book a spot though!

Wishing you a wonderful April full of love and light. I’m looking forward to seeing you here again next month!