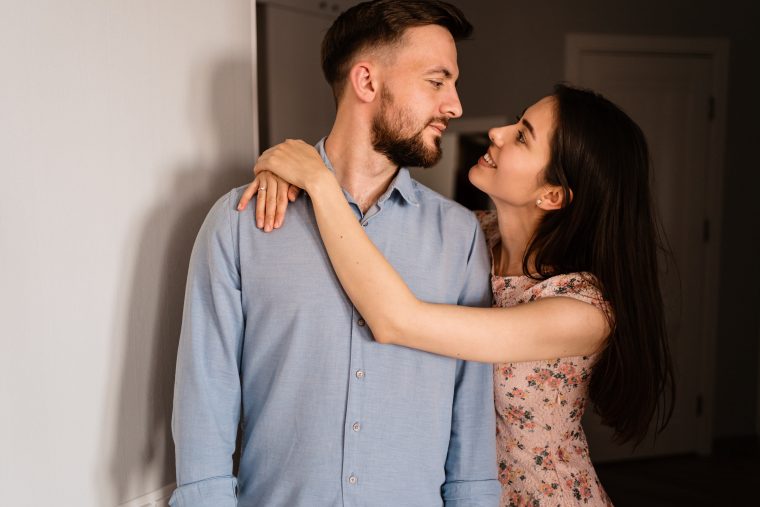 Dating a divorced guy can be intimidating—everyone’s scared of being burned! Capricorn men are known for their ultra-tough shells, and it takes a lot of endurance to get this guy to open up to love again. Here’s what to expect when dating a divorced Capricorn man.

Let’s face it—it’s unusual these days to find anyone who hasn’t been through a tough breakup or a divorce.

Capricorn men are some of the toughest guys out there to get through to, and this is only magnified when he’s been through a divorce—I’ve seen it time and time again in my experience as a relationship astrologer.

But the hard work is so worth it!

Once you have the heart of this solid and committed earth sign, you have it completely. You just have to be strong and enduring and never give up on him. You need to show him that it’s safe for him to love again. Only then can he drop his defenses and pledge his heart to you.

Here’s what I tell my clients to expect when dating a divorced Capricorn man:

1. It’s Going to Take Time for Him to Open Up 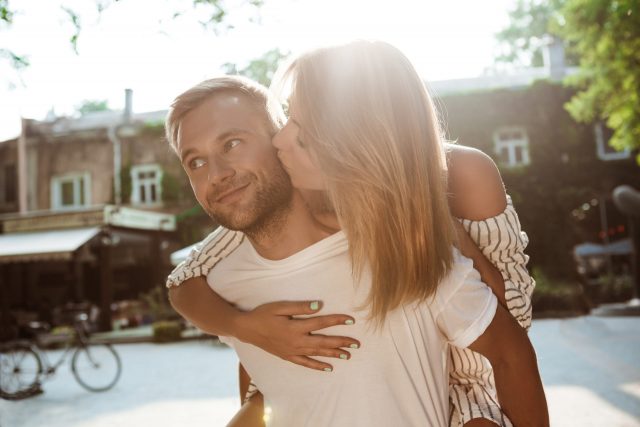 You’ve probably already noticed this, but here’s a bit more affirmation for you—a Capricorn man’s heart and mind are sealed up tight, especially after divorce.

This is one guy that doesn’t like to be taken for a fool or let down. He’s reliable and consistent, so when he’s been let down before by someone who wasn’t, he tends to shut down completely.

This can be really tough for you, the one who cares about him now. Especially if he’s acting in ways that seem very bachelor-on-the-loose! The truth is, he’s been disappointed by love, and he may have even sworn off the whole thing and decided to play the field.

However, if you’re patient and curious, you’ll soon see that tough shell start to crack. His insecurities will show, and his softer side will appear.

In fact, Capricorn men are real softies, deep down. They are romantic, faithful, loyal, and dedicated—and they really want the opportunity to show that to someone who’s trustworthy.

So, ladies, take your time and don’t put too much pressure on him. If he sees that you’re not going anywhere, he’ll slowly begin to believe in love again. 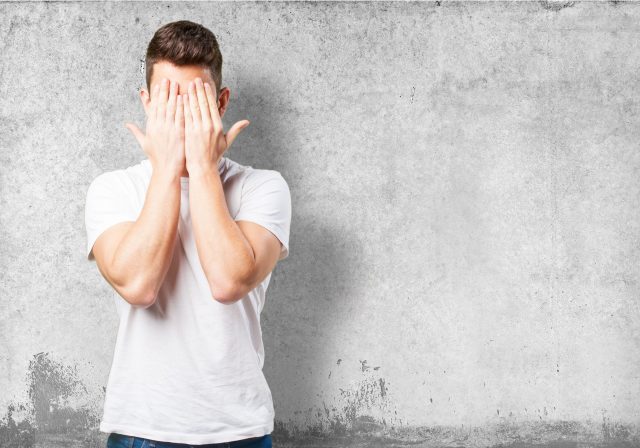 It may look like he’s ultra-confident, especially when it comes to work. Capricorn men are magicians in the material world, yet when it comes to their personal lives, they can be like lost little boys!

He’ll hide it well, and he may sweep you off your feet with his romantic gestures, but this can often be another defense against real intimacy and true vulnerability.

Deep down, most Capricorn men simply don’t believe that they’re worthy of love and affection, and this often leads to their rigidity. So, what can you do to make him melt and open up to you?

Remind him how wonderful and lovable he is. Boost his self-esteem, praise him, and make him feel like a king. This will go a long way toward getting into his heart and soul!

Capricorn is the sign of tradition. This means that these men want marriage, commitment, and stability in their relationships.

That whole persona of being the playboy? That’s not who he really is. At heart, these guys want to walk down the aisle (again) or, at the very least, settle down with a life partner.

If that’s what you want, too, then you have yourself a winner! However, again, you’ll need to go slow and avoid the “talk” for a long time.

He needs to trust the idea of love first before he goes there with you!

4. He Needs You to Look After Yourself Emotionally

This is one sign that is truly self-sufficient, sometimes infuriatingly so! A Capricorn man takes care of himself, though he may take care of others in a material sense.

But these are not particularly emotional men. After divorce, even less so. This may make him appear rather cold, detached, or distant. He does have a heart—it’s just buried underneath fear and perhaps some cynicism about relationships in general.

With this in mind, don’t expect him to emotionally take care of you. You’ll only end up disappointed. You have to be able to take care of your emotional self, as he cannot manage your feelings.

This can be hard to hear, but it’s important to remember when things become tense or challenging. Remember to validate and nurture yourself. You are your own best partner.

5. He Can Be Hurtful 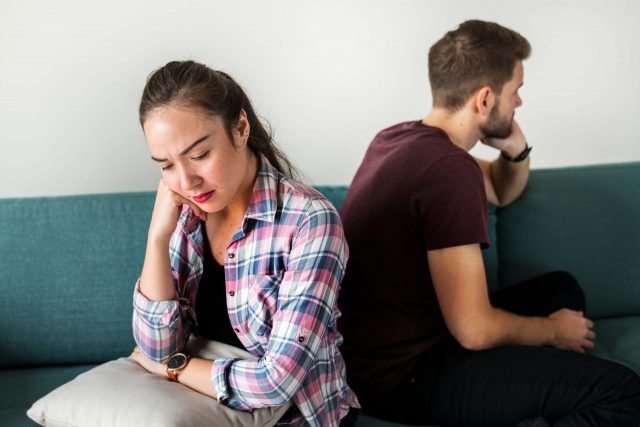 Ladies, in my experience, men of this Zodiac sign can be a little hurtful at times before they deeply commit. Especially if they have been divorced or if they’re still in a bitter place about an ex.

This may mean shutting you out, playing the field, or being unable to be truly intimate when it comes to feelings.

So, what can you do about it?

My best advice is to try and see through it and see where he may be coming from. You don’t need to put pressure on him, but be sure to let him know that you are high-value and not willing to be treated poorly.

Once he sees what a gem of a woman he has, he’ll be quick to make it up to you!

For a Capricorn man, respect is everything. Let him know when you feel disrespected—this will help create a much better atmosphere for you both!

Read next: 5 Biggest Turn-Offs For The Capricorn Man You Should Know About

6. He’s Looking for An Equal 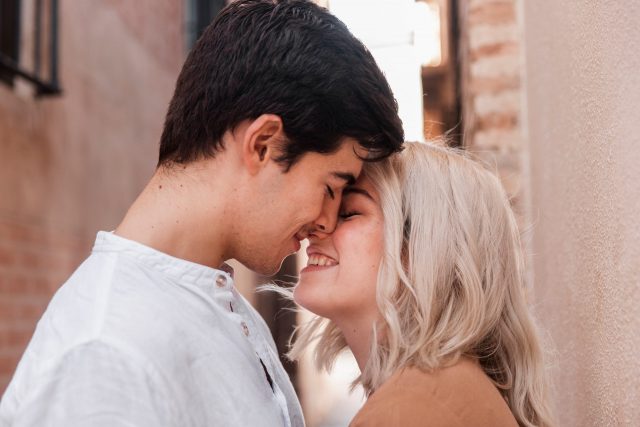 A Capricorn man is ambitious, as you’ve probably realized by now. And he will find your ambition really sexy, too.

He wants someone he can stand shoulder to shoulder with and conquer the world! In other words, if you’re a lady who prefers easy living, indulgence, and a lack of challenge, he may not see you as the person he wants to commit to.

A Capricorn man wants a powerful woman at his side. Nothing less will do!

Read next: 5 Top Things A Capricorn Man Really Craves In A Woman

It’s likely that when this man got divorced, he threw himself even deeper into his work. It’s possible that he’s still in that place, and his late hours and weekend work may be a little frustrating to you.

It may even feel like he’s shutting you out.

However, work comes first until you do. And that will take a bit of time, patience, and endurance!

Stick with him and let him ease into making you a priority. It will come. Until then, try to respect his passion for his career. There are worse traits!

Have you ever dated a divorced Capricorn man? Are you dating one now? What have been the pitfalls and the victories? I always love to hear your stories and questions, so feel free to post in the comments! It’s completely anonymous.

For more on this sensual and attractive Zodiac sign, check out my Capricorn Man Secrets book. Learn who he is and improve your relationship!