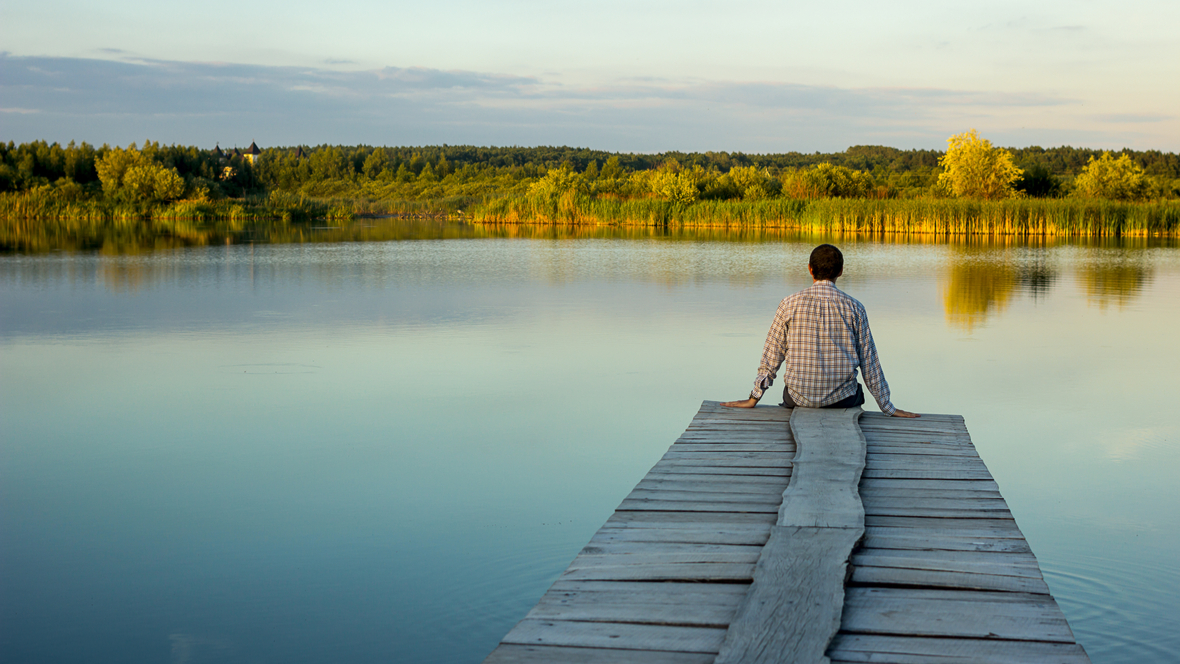 5 Things Your Capricorn Man Is Hiding From People

What is your Capricorn guy hiding from you? Does he seem to be somewhat secretive? Yes, he’s a very private person but don’t you wonder why he is this way. Does Capricorn man sad feelings inside make him have iron skin?

Capricorn man has his reasons for hiding aspects of his life. To help you, here are some reasons why Capricorn man hides his feelings from people and that he may not easily share with you either.

Capricorn men aren’t the type of guys that want people knowing all of their business. He will especially hold back from discussing really deep situations or issues he’s dealt with in his life.

He may never tell anyone how he really feels about the things he’s seen and had to conquer throughout his life. If he does, it will be more with someone who can understand and listen.

A woman with a gentle touch is something he may require to open up to those deep levels that he dares not otherwise. If you find he never talks about his childhood, he may be in fact too tender to discuss it.

He may never talk about his family or other relationships he had that he was hurt in either. Then again, he may have had healthy relationships and doesn’t want to discuss those either.

The point is, Capricorn isn’t the most open of people and so he’ll have a variety of private things that he may never open up and let you in with. 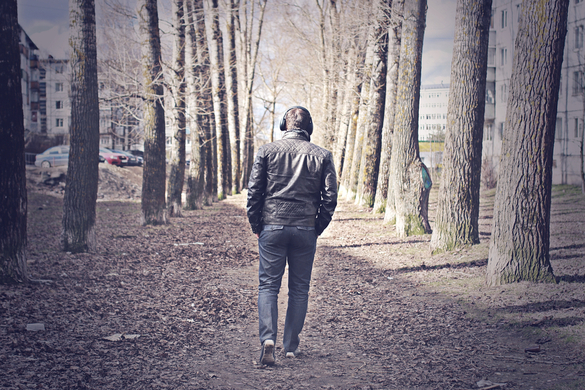 As I mentioned, the Capricorn guy may not want to talk about some of the hurts he has experienced as those are things that should never be brought up again, at least in his mind.

If you touch on this topic somehow, try not to pry too much as he’ll feel that you are trying to get information out of him that he’s not willing to surrender which could turn him cold toward you.

Be careful as sensitive topics could cause him to clam up and maybe stop talking to you altogether. Anything that caused him to experience emotional pain in the past will likely be put away neatly in his closet (his mind).

It will stay there unless he feels as though it would be best for him to release it or talk to someone about it. That would be a rare experience, however. He simply likes to keep his skeletons hidden.

When the Capricorn man sad feelings emerge, he tries hard to bottle them up or hide them away. He doesn’t need anyone seeing him as weak. He feels vulnerable if he allows anyone to see or detect his feelings.

Sadness is something only he will share when he feels he can and with someone he really trusts.

3. How He Really Feels

You ask “why do Capricorns hide their emotions?” Well there are lots of reasons but the main is that he’s tight lipped because it’s no one else’s business what he’s feeling.

Ironically though the Capricorn man likes to keep his feelings about someone a secret, it’s one of those things that we’re taught about him. That means that we know he is secretive.

This is no surprise that he doesn’t like to talk about what he feels. He doesn’t like to feel vulnerable in any way as that would make him appear weak. He cannot take the risk of looking or being taken advantage of.

Weakness is something he avoids like the plague and as such, why he doesn’t want to talk about how he feels with anyone. He may be deeply in love with a woman but won’t say anything.

He knows if he reveals how he feels, he could actually experience some heartbreak if she doesn’t feel the same or if she decides to lead him on. He’s a bit fearful of what would come from being open with his heart.

Read next: Why Is A Capricorn Man Afraid To Commit? What Are His Fears? 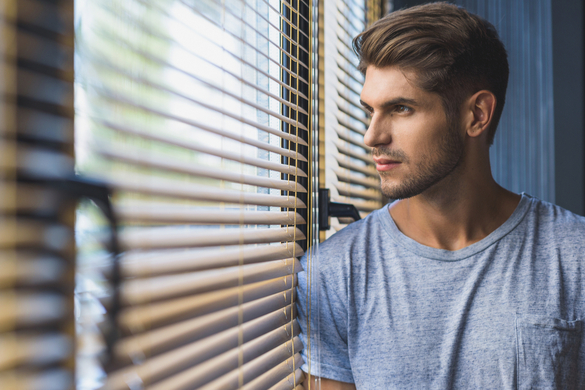 He won’t typically let you see this side of him. He’s a dreamer and often times when you see him spacing out, he’s dreaming about something he really wants to do or experience.

For some reason, he sees this as some sort of weakness also. He has dreams and desires and at times, will share them. However, he’ll also keep some of it if not all to himself.

He wants people to believe he has both feet planted firmly on the ground. He’s a realist so he has no time or room for fleeting things. Dreams can sometimes seem that way.

He’d rather you believe that he’s the one that is logical and doesn’t buy into daydreaming. So this is something he’ll often keep to himself as he doesn’t want to seem less than grounded to anyone.

One day you’ll look at him though and you’ll just be able to tell what he’s doing. It’s probably best not to say anything to him though as he’ll feel embarrassed or try to deny it.

Daydreams are excellent distractions don’t you think? I know when I need to distract myself, I often think about something else that is happy or desirable. Capricorn man does it too. It’s not too shocking honestly.

He’s a realist though so even if he daydreams, he still realizes that logic and reason have to come in to play for him to feel totally comfortable. That side never leaves him no matter how high up on the clouds he is.

The Capricorn man will appear sometimes to be anti-social. However, when he’s out and about, he blends in quite well. He has an easy going attitude usually unless a topic comes up he’s passionate about.

If he gets into an argument, you’ll see how quickly he can turn from Mr. Charming to the guy that gets in a bar fight because he stands up for what he believes in. If he hears anyone talk badly about someone else, he’ll absolutely stand up.

This guy tries to take the path of the righteous. As such, he has a hard time sometimes getting along with others. He’ll tend to pick a few people who he becomes close to and keeps everyone else at bay.

Again, he’ll still go out and he’ll seem to be alright being around other people. However, the second they say something that doesn’t sit well with them, he may judge them.

So is he really social or anti-social? He appears to be both and will never fess up either way. This is one of those things he will absolutely keep under wraps until you see it for yourself.

I can tell you that some people find him either very weird or judgmental the way he talks. He’s one that is hard to take and typically only people who really know him won’t think anything of it.

These are some of the main reasons why Capricorn man hides his feelings. It’s something you need to keep in mind when trying to figure him out.

Read next: Capricorn Man Characteristics – Be Aware of Everything about Him!

Why do Capricorns hide their emotions exactly? He is a complicated man to be sure. It’s hard to get to know all he’s about but it’s not impossible.

The Capricorn man is a rare breed. He stands up for what he feels or knows is right. He can’t have it any other way, though he will get hurt when others chastise him or make him feel little.

Do your best not to make Capricorn man sad. Sometimes he can’t get past it. It’s impossible to keep him happy all the time but if you do your best, you may make him happy.

He’s a tough one to figure out but one thing I know for sure – if you land a Capricorn man and he becomes committed to you, you’ll always be loved, cared for, and protected.

He’s the type of guy that will make you feel very comfortable, safe, and understood.  Capricorn man hides his feelings but it isn’t always the case. The better he is with you, the more he opens up.

Click here to learn some of Capricorn man’s habits. It may help you get to know him a little better.

The Capricorn man reminds me of the “strong and silent” type. He’s not one to blurt out “I love you” easily to anyone including his family. He often shows his loved ones how he feels about them via action.

Action speaks louder than any words do and he employs this. Capricorn man wants to be a pillar of unbreakable strength. He wants to be the rock that his lover or wife can depend on.

Capricorn man as a father is a very strong figure as well. He will no doubt be tough on his kids but as long as his wife is a tender and giving woman, they can balance out quite nicely.

He’s a great father and teaches valuable lessons as well as discipline and hard work. He can teach them integrity and how best to treat people or help others. He stands for justice and will expect his children to do the same.

Now for some tasty information for you… There are several celebrity men that are Capricorns. One of them is the blow your socks of hot actor, Liam Hemsworth.

Did you get your Capricorn man to open up to you? What did you to do make him feel comfortable enough to reveal his inner soul to you? Please let me know!