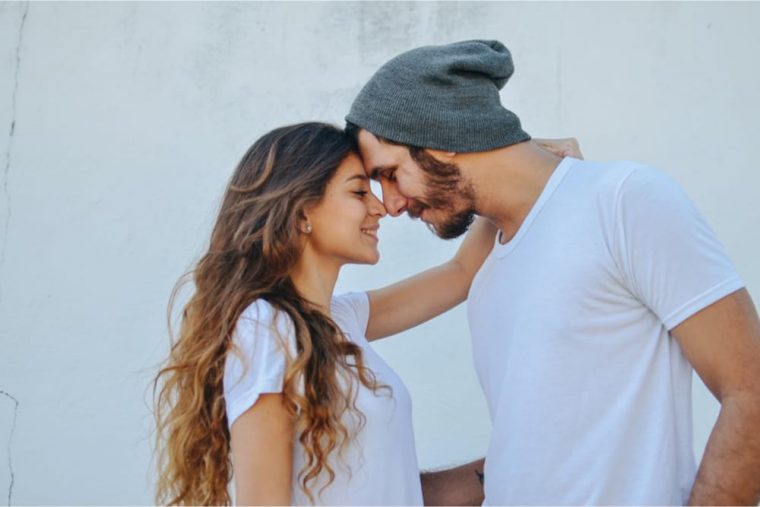 What exactly does the Capricorn man want in a relationship? What will he expect from a prospective partner? How can you please him and get him to fall in love with you?

There are some things you need to keep in mind—five shocking things every Capricorn man wants in love and in a relationship. Just keep reading to learn all you can when it comes to this hard-to-read guy!

The Capricorn man seems complicated and intellectual. While this brainy guy turns women on easily, he isn’t one to let on how he feels. This makes it hard for any woman to know for sure if he’s into her or if he’s just being nice.

He will often take a great deal of time to assess his potential partner and figure her out. He is selective because he knows what he wants and what he doesn’t want. That being the case, one of the first big things for him is independence—not just his but his partner’s as well.

He wants her to not need him but to want him. She has to have her own life, her own career, her own goals, and her own dreams.

He’s not one to desire a woman who makes him her entire world. He wants to be part of it but not the whole thing. He does well with career women that do not rely on anyone but themselves.

Plus, a career woman is typically very smart and savvy, which is something he really loves. The Capricorn man loves women who are fiercely independent and don’t rely on him to make plans.

He wants a partner who is going to be all in but still all for herself. Not to say you should be selfish or cocky—he hates arrogance, so do not even try that with him. He’ll shun you if you act that way around him.

The Capricorn man loves a woman who is quite classy and mature and who thinks very positively. He is inspired by a woman who actually knows that she’s doing, goes at it with vigor, and acts like a responsible adult.

He cannot stand women who act like they have a daddy complex. He will steer clear of them. He doesn’t want to have to be the only adult in the relationship. He also cannot stand Debbie downer types.

He will prefer a woman who is always optimistic no matter how off things may seem. He wants to hear a woman bring up the silver lining in bad situations.

This helps him keep up his own optimism in life. Maturity is a big one for him as well. He often goes for older women because of this. If he doesn’t, he will choose a woman who is wise beyond her years.

Being loud, silly, and annoying will not do. He wants a woman who carries herself well and doesn’t make a scene when out with him.

Study the classy ladies in the old black-and-white films. That’s what he’s looking for. She’s eloquent in how she speaks, she dresses classy, and she’s mature. She knows what to say, and she doesn’t act childish or throw temper tantrums.

Opening up to talk to him and tell him what is what is helpful as well. Holding your feelings in or tiptoeing around him instead of speaking up is a no-no. Talk to him and be very honest when you do.

Don’t blow up on him. Wait until you’re nice and calm and can rationally discuss things like a mature adult woman. That’s what he wants from you.

Capricorn men do not like lazy women at all. They tend to desire a motivated woman who is active often. A woman who achieves her goals, does her work, works out her body, and takes care of herself.

If that seems like too much work for you, then you’re probably not the right one for him. He wants a woman who absolutely stands strong on her own and decides to share her life with him.

She’s not desperate; she’s busy, she’s motivated, she has energy, she takes care of her body, she does lots of activities, and she really enjoys life to the fullest. That’s the woman for a Capricorn man.

If you’re the couch potato type who never does much of anything, you should keep looking. Capricorn is not the right man for you. He’s looking for a woman who will inspire his own desire for success.

When you are motivated and he knows it, he will also feel inspired to do his very best. Stay active, stay fit, and stay on top of your life. That’s the love that a Capricorn man seeks out. Self-love is powerful.

If you’re a sporty girl or just a girl that stays fit at the gym after a long day at work, he will definitely be interested. As long as you’re also intellectual and have plenty of smart things to say.

A sense of humor goes a long way as well. Just make sure you keep the jokes classy. If you tell him too many dirty jokes, he’s going to think less of you. Remember, he’s selective.

Do your thing and share your success with him. He’ll absolutely appreciate you and probably fall for you hard. If he says you’re inspiring, you’re someone very special to him.

The Capricorn man is a family guy. He may not be big on having kids, but he loves his existing family and may very well love a mature woman who already has children.

Many Capricorn men will want to have children, so he will want a woman who shares his family values and is mature enough to raise a child with a sense of genuine love.

Clearly he would want a woman who has her stuff together, who will still be a career woman after the child is born. He’s not one for being married to a stay-at-home mom.

I’m not saying it’s impossible, but his preference is a woman who will have the children and go back to work. This will keep him motivated to stay working as well.

If he does talk to his partner and decides it’s alright for her to stay at home with the children, then it should work out fine. They have to agree on it, though, or he’ll resent her for assuming it’s okay with him.

Most people want these qualities, so it shouldn’t really be shocking that he would also want it. He can seem extreme sometimes, though, as he is the type to get jealous and somewhat possessive.

Don’t ever lie to him—he will figure it out. He’s a human lie detector. Remember I said he reads people well? He’ll know if you’re not telling him the truth and then he will cut you out of his life.

He has no tolerance for liars or someone who cannot stay loyal to him. If you cheat, you’re gone. That’s just the way it is with him. It’s always best to tell him the truth.

When you do, he may get upset with you, but it’s a lot better than lying to him and him finding out. That is far worse. He will definitely see that as a betrayal, and once you lie, he will have a hard time trusting you.

This is something he shares with Scorpios. He has a hard time trusting people. He can learn it, though, with someone who is always on the level with him and shows him he’s the only man for her.

Capricorn men can be hard to read, but if you act like a proper lady who takes care of herself, you’re likely to get his attention and probably his heart with time.

Don’t ever try rush him, and always stay positive when you’re around him. He’ll appreciate the optimism and encouragement from you. He thrives on it.

Speaking of Capricorn men, did you know that Sexy TV host Ryan Seacrest is a Goat? Yep… He’s a tried and true Capricorn man. You can tell by his demeanor!

Did you find out something shocking about a Capricorn man? Tell me all about it! I’d love to know.

One thought on “5 Shocking Things Every Capricorn Man Wants”