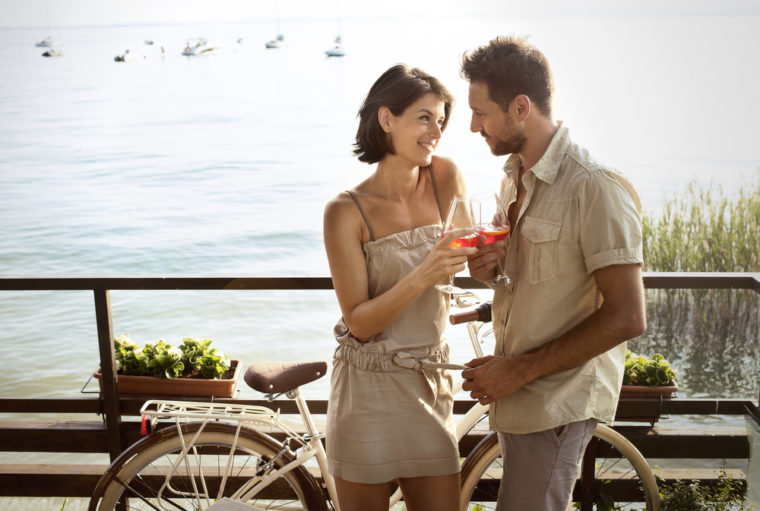 How to Attract a Capricorn Man – Take Control!

What in the world can you do to get the attention of the picky Capricorn man? There are things you can do to get his affection and win his heart over but it will take patience. You can take control but not without surrendering to him first. Keep reading on what it takes to attract a Capricorn man.

Be Successful and Goal Oriented

One of the first things that you’ll get to know about the Capricorn man is that he’s someone who is driven for success. He may not always do well with the things he tries but he will keep getting up and moving forward.

This guy will sometimes have more than one job or project because he’s dedicated to making sure that he’s on the right path for success and that he’ll get the money he wants to build a nest egg for the future.

This is a man that is driven to make sure that he’s financially sound for the time being and also for the future. It’s likely he has a savings account that he will try to stash away funds for another time.

He will keep trying many different avenues until he finds something that is worthwhile and will provide him with stability with his finances. Again, this could mean owning his own business or having more than one job.

In other words, if you’re not financially comfortable or not trying to make your own way in the world, he will probably look the other way. If you want to get his attention, start your own business or take courses for future success.

Seeing you go after your goals or desires in life will motivate and inspire him which is ultimately what he wants in a partner. He sees building an empire together in your eyes then he’ll want to be closer to you.

Get Close To Him by Being His Friend

This is one of the couple of men in the Zodiac who prefers to be friends with a woman before he’ll start to invest his heart and time into someone. He will want to spend time with you, have fun, and get to know you fully.

Capricorn man is a slow mover much like Taurus and Virgo. They want to be totally sure that the person they’re spending their energy on is actually worth it and will be who they can see spending the rest of their lives with.

Commitment is a huge thing for Capricorn so you had better do your best at being an amazing friend to him. Try inviting him to do group outings with you and your friends or invite him out to a movie.

Tell him “don’t worry, it’s not a date (then you can joke “unless you want it to be”) “. I know that sounds really funny but seriously, appealing to his funny bone may actually get him into getting to know you.

The more you “hang out” with him the more he gets to see who you are and what you have to offer. This will help you be “on top” and “in control” with him so to speak.

Don’t let the title of the article fool you. There is NO way you can ever control a Capricorn man. However, you CAN control how you are with him and how you act when you’re spending time with him.

In that way, you can control where the relationship starts to head. As long as you stay on track and keep moving forward without pressuring him, you’ll find he starts to embrace you with time.

It’s not a short process I can tell you. He will take whatever time he needs and will be especially cautious if he’s been hurt before. Walls will be up and it will take a special touch to get him to drop them.

Get Him to Trust You

You absolutely cannot get around this. If he doesn’t trust you, you have no chance. In the beginning he will be very guarded and you’ll have to prove to him that he can trust you by being his friend as I mentioned.

Over time, you can show him that he can rely on you. Be there for him, let him vent to you about various things, and open up to him. He’ll see that if you open up to him, you’re being honest.

Learning that you are honest enough to open up to him, will make him feel more comfortable so that he can start opening up and telling you personal things. It will still be a very slow process.

He won’t tell you everything about himself in one sitting. He will likely reveal a little something about himself each time you hang out with him. If you notice that he starts to do this then you know you’re heading in the right direction.

Trust is a HUGE make or break for the Capricorn man. If he feels he can confide in you, that you’re his rock, and you’re his best friend, he will be more likely to embrace you as his lover.

Since I mentioned trust, it’s important to know that you should always be honest with him. If you ever lie to him and he finds out, he won’t be very forgiving or will take time to work past it.

With time, you’ll feel compelled to say more and it’s alright to do so. Just make sure you don’t pressure him to hurry up and for goodness sake, don’t EVER try to change him or you’ll be coldly cut out of his life.