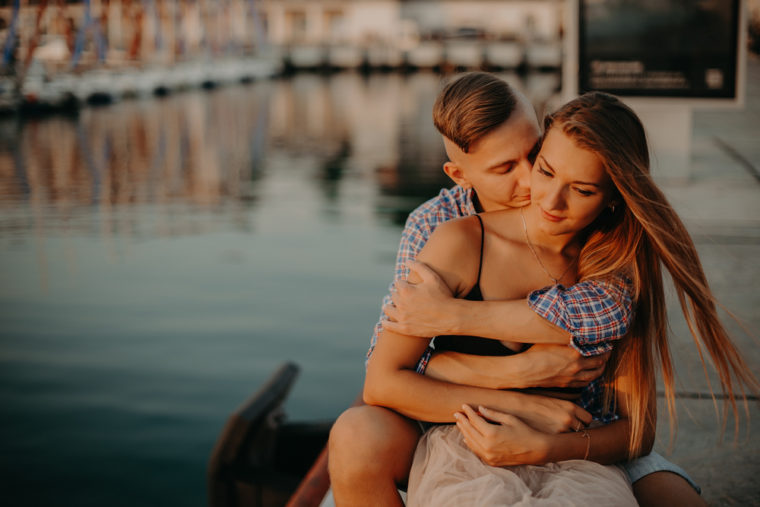 Evident & Impeccable Signs a Capricorn Man Is Attracted to You

The Capricorn man is one of those guys that acts like he doesn’t care but really he does. If he doesn’t like someone, he’ll just out and out tell them so if he’s being aloof with you, he probably likes you.

If he didn’t, he would just stop talking to you and not have anything to do with you. It’s that simple. He will just have this attitude like nothing matters, he has things to do, and everything is all good.

I know this probably sounds really odd but Capricorn men are like little boys who don’t want a girl to know they like them so they act hard and inaccessible. Another reason he’d do this is to test you and see if you’ll stick around.

It’s a matter of seeing if you’ll still try to put in effort to show him you care or if you’ll then blow him off and give up. If you don’t show signs of being into him or break through his façade then you’re not worth it.

Most men do not seek out women to be friends with that are plutonic. Why would they? If the Capricorn guy you like seemingly wants to hang out and do things friends do, he probably does actually like you.

Sometimes the women become plutonic friends after he’s decided that he doesn’t want anything more but friendship but if he goes out of his way to be your friend, he’s into you.

He will want to get to know you and spend lots of time having fun. He may ask you questions about you to get to know who you are. You’ll need to ask him questions if you want to know him, he may not be forthright with himself.

He Invites You To Meet Friends or Family

Capricorn man is old fashioned with many things and one of the deals is, he doesn’t take a female friend home nor does he invite her to spend time with his friends unless she’s someone he wants for more.

Once he starts having you hang out with his other friends, you’ll know that you’re starting to get into his heart. For sure if he brings you home to meet his family, you’re definitely “in” and he likes you.

Until you get to this point, he’ll probably want to hang out with you alone or maybe with your friends. Once that line is crossed, you can definitely tell that this is heading somewhere.

Just remember to be patient with him because if you try to push him to move faster, he’ll back up and possibly back out. He doesn’t like to be pushed or feel tied down to anyone.

Starts Opening Up To You

If the Capricorn man is attracted to you and feels that you’re someone he can see himself with going forward, he will start to tell you personal things he wouldn’t ordinarily open up about.

He won’t do it in mass quantity or anything but even small stuff that comes out is very important to him. It’s really crucial that you listen to him and show him signs of support to keep him talking.

Trust is something he doesn’t just give away. He has to be around someone for awhile and really be into them to open up. When he starts telling you about his life growing up or things he’s gone through, he is definitely attracted to you.

It’s a good idea for you to set the pace by opening up about small things about yourself before he does. That lays the foundation or path for him to start trusting you enough to let things out about himself.

Tests You To See What You’ll Do

Capricorn men require lots of patience and compassion. He seems like a hard ass sometimes but he means well. Some think he’s kind of a snob or that he’s arrogant.

People misunderstand the Capricorn man’s intentions. The truth is, he tests people to see who they are and what they will do in any given situation. With you, he wants to see what you will react with.

It helps him to better analyze if you’re someone he can be with going forward in the future or if he should just stay friends with you and continue his search for what he believes is the perfect match.

He will go cold sometimes with texts or phone calls to see what your response is. Will you reach out and check on him, will you freak out, or will you wait until he contacts you again?

My suggestion to you with the knowledge I have is, reach out to him if you haven’t heard from him. He wants you to do even if he acts like he doesn’t care or it doesn’t matter. It DOES matter.

He needs to know that you’re totally in this and down for him. When he doesn’t respond to your texts or ghosts you for a period time, he wants to see what you’re going to do with it.

Don’t play the game. Reach out to him and tell him that you miss him and hope he’s doing alright. You may even mention you look forward to hearing from him again as talking to him is so amazing.

Complements typically help the process. What man can resist the complements a beautiful woman gives him? Not many. If Capricorn man tests you, he likes you and is attracted to you. Learn more about your Capricorn man by clicking here.