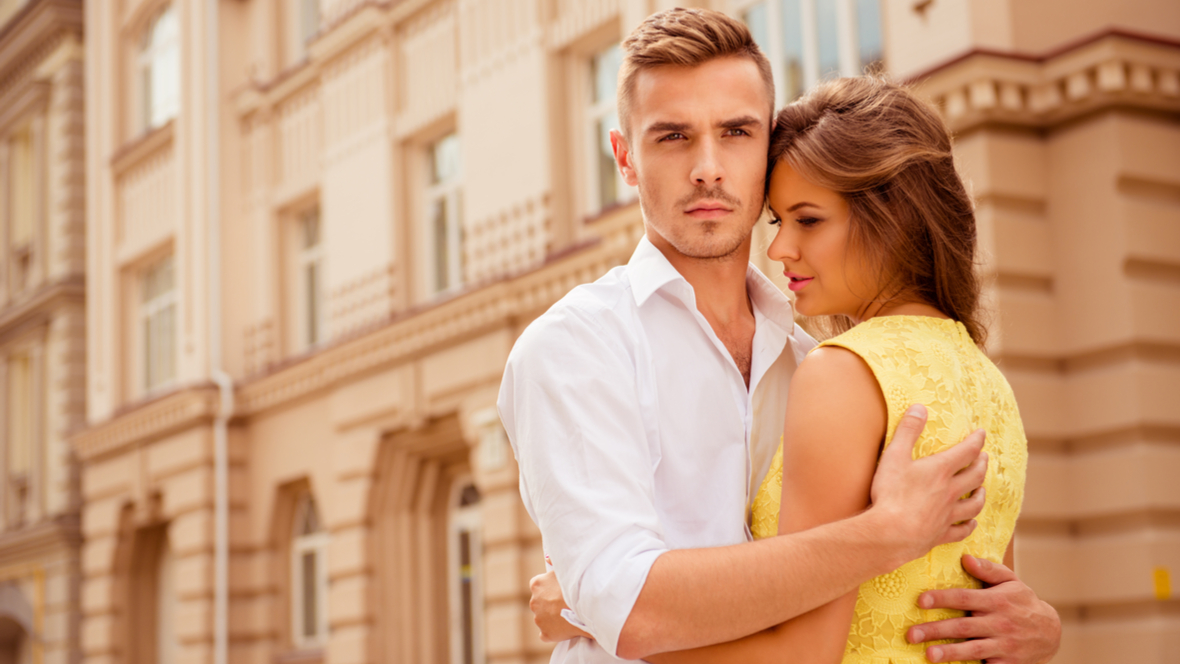 5 Signs A Capricorn Man Wants You

Have you been secretly drooling over a Capricorn man and are wondering if he may be interested in you? Perhaps he’s been acting differently and you’re not sure what that may mean?

It’s really important to know the signs a Capricorn man wants you. If you aren’t sure what they are then you may want to keep reading as I believe I can help you!

5 Signs A Capricorn Man Wants You

1. He Starts Acting Secretive or Shy

Until a Capricorn guy really gets to know you, he tends to be rather shy and reserved. He may seem as though he’s being cold or ignoring you when in fact; he isn’t.

If he used to be normal and talk to you but has recently pulled back and seems odd; it’s a possibility that he’s into you and it makes him rather nervous so he just becomes quiet.

He’ll become like a boy in school. He’ll get all awkward and seemingly unable to look you in the eyes. It’s actually quite cute to see when the strong Capricorn man does this.

So if you’re seeing him act this way around you; there’s a good chance that he’s into you. Of course, if you read it wrong; he could be uninterested but often when that’s the case; he’s much colder rather than shy.

Even when he’s shy, he makes eye contact you’ll never forget. The Capricorn man eye contact is something that is unbelievably true. Watch how he looks at you and if he stares.

If you find yourself telling your friends “my Capricorn stares into my eyes” then you know you have a special guy on your hands. He doesn’t do this with everyone. 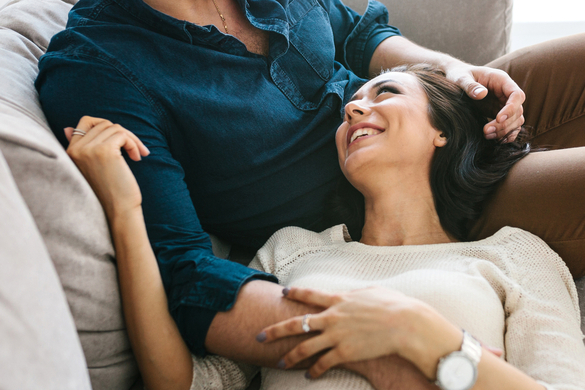 Even if you aren’t involved with the Capricorn man and he is doing things like sticking up for you or making sure that no one messes with you; he’s probably got feelings for you.

He doesn’t try to keep a woman safe that he isn’t interested in. He will protect close friends and family for sure but when it comes to just random folks; he’ll be minimal.

Ironically; he always does seem to stand up for injustice so in that way; he can be rather protective if the cause is something he believes in. However; when it comes to you; if he seems a bit protective; he probably is into you.

Even if you work together and he seems to not let anyone harass you; there is your sign that he’s probably interested in you in other friendship. Go for it and secure your man!

Capricorn man protective behavior is definitely a trait that rings through to let you know that you’re special to him. He will do this for close friends and family but especially the woman closest to his heart.

You know you’re won him over when he’s making sure you’re alright, checking in with you or asking you to check in with him. He needs to know that you’re safe and sound whether you’re with him or somewhere else.

Naturally he always feels much safer when you’re with him and in his arms. I’m sure you’ll feel that too which is really nice to experience. Having a Capricorn’s arms wrapped around you is amazing. He’s an amazing hugger!

3. You Notice His Sudden Attention Bursts

Suddenly your Capricorn guy starts coming around you more to talk. If he does this often enough; it could very well be that he’s taken a shine to you and wants to know more about you.

Capricorn wants to know everything he can about the woman of his interest. He may ask you lots of important questions to see where your moral standing is and what your goals are.

He may ask you to tell him all about you. If he does; he likes you. That’s a sure fire sign that he wants to see if you’re the type of woman he’d like to be with for the long run.

He often doesn’t bother taking the time to get to know a woman if he feels she’s not what he is looking for or wants. If you get his attention; he’s into you and probably wants more with you.

When he’s giving you the attention, you’ll notice that Capricorn man stare again. He just loves looking into your soul because he finds you so captivating and a turn on.

Spending time with him feels like the most amazing time you can ever have. He makes it worth your while. Keep your senses open for that Capricorn man eye contact.

Read next: Do Capricorn Men Like To Be Chased Or Do They Enjoy The Chase?

4. He Fusses Over You 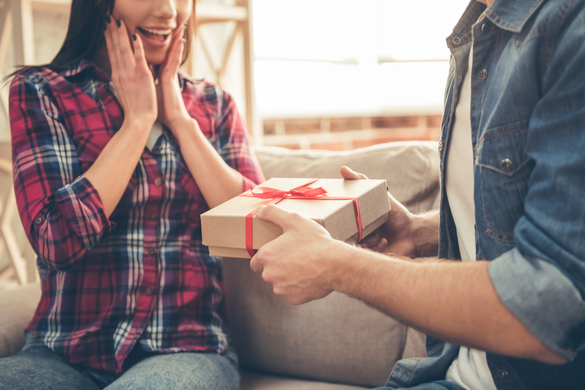 Capricorn is a caretaker type. That means that he will fuss over you to make sure that you’re taken care of. He will still want you to do for yourself and be independent but he’ll want to make life easier for you.

If you find he brings you gifts that are thoughtful and practical; that may be his way of saying he cares for you and wants you to have something nice. He may bring you coffee or candy too.

In the case that you work together; he may pull your chair out when you sit down or be chivalrous in some other way. It’s his way of “caring” for you. So next time he opens the door for you and smiles; think about it.

He could very well be into you and show you in the best way that he knows how. He may offer you his jacket when you’re outside on at break time. Any small gesture like this is actually a bit “HEY! I like you!”

If you don’t let him fuss over you, you will get the Capricorn protective side come out. He doesn’t play games. It’s nice to let a man take care of you sometimes so why not let him do his thing?

Many women love to have a man fuss over them so why would you ever begrudge him of that opportunity. It’s his way of showing you how he feels for you and that you’re his lady.

Read next: Is Your Capricorn Man The Lover of Your Life? Here’s How to Know

5. He Opens Himself Up Completely

Capricorn men are very strong emotionally. They don’t let just anyone in their private world. They don’t like people getting into their business and will often avoid private conversations.

In the event that he starts to open up to you and talk about things near and dear to his heart; you’ve definitely somehow won his affection. He won’t typically do this for just anyone.

When he’s interested or wants a woman he has been eyeballing; he’ll start revealing things about himself that he wouldn’t ordinarily do. Letting you in and giving you a preview means he wants to be closer to you.

Even small things like his childhood or maybe even what his favorite color is. Honestly, they don’t tell many people anything at all about themselves. So anything you get is a huge deal.

Trust me when I tell you that a Capricorn man opening up is not a common occurrence. It takes one heck of a woman to get him to trust her, feel comfortable, and open up to her.

If you find that he’s opening up to you then you are the “one” for him. He is very selective in who he lets into his private world or heart. This guy is for real and will open up to you when he trusts you infinitely.

Getting the love of a Capricorn man is no small thing. He sometimes is very shy and has a hard time expressing himself to the woman he’s into. However; there are always small hints.

Furthermore, is he what you are looking for? It’s always best to fully get to know someone to know for sure. He’ll certainly take his time and would be a good thing if you did the same.

However; you can certainly keep reading all the information you can about Capricorn man so that you have a healthy dose of who he is and who he presents himself is.

Each Capricorn is going to vary based on his moon sign and perhaps even his rising sign. It’s a good idea to get his birth information and have his chart looked at to know more specifics.

Click here to learn more about what a Capricorn man is looking for in a woman.

Now for some really neat news… Did you know that hot host Ryan Seacrest is a lovely Capricorn man? Gives you something to really think about doesn’t it? He’s handsome, professional, and yet he has a cool demeanor about him.

What signs did your Capricorn man show you when he got you to fall in love with him? Tell me his tactics please!