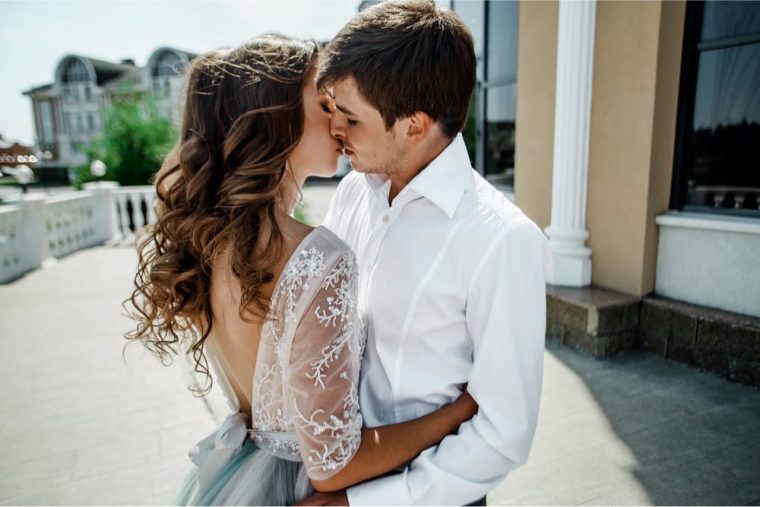 If you’re married (or hope to be) to a Capricorn man, you’re lucky enough to have one of the most loyal and trustworthy guys around! There’s no one like a Capricorn to take relationships seriously and to go above and beyond to show you his devotion. What else do you need to know about being married to this driven and ambitious Zodiac sign?

Capricorn is a climber. Professionally and personally, this man wants to be the best and have the best of all worlds. He’ll take his career and his marriage ever so seriously, and you can be assured that he will strive to do his best to make you happy.

However, in my experience as a relationship astrologer, these men can be detached, cold, or even controlling at times. There is no perfect man out there, as we know! And people do change when they’re married.

Some people become better, feeling more secure and confident, and some become a worse version of themselves. Capricorn men tend to be the former. When in a structured relationship such as marriage, they feel safe and able to show their vulnerable side (even if that side can reveal a hidden control freak!).

Single Capricorn men are far harder to handle than the married kind. You can count yourself lucky that you will experience the new him, because even when he shows his dark side in your marriage, he’s devoted to doing right by you.

Here are some of the most important things that you need to know about being hitched to a Capricorn man!

This is one man that you can count on to be committed to your marriage. The Capricorn man is built for commitment, and even if it may seem that he’s distracted with work or other duties, he’s wholeheartedly yours.

Married Capricorn men are known to be the most faithful and loyal around. He’ll have your back through thick and thin, and seldom will he tread on the vows you have made together.

It takes a lot for the Capricorn man to stray from his marriage. His greatest respect lies in the traditions of society, and he will believe that marriage is one of the bedrocks from which order is built.

2. He Takes His Relationship Duties Seriously

Duty is a Capricorn man’s middle name, whether he’s dealing with relationships or his career. This may seem cold to some women, but when you look at it from a new perspective, you’ll see that this is a real gift.

Duty means that he’ll always try to do the right thing. And for many of us, that can be a refreshing change from the kind of guy who does what he likes!

After all, beyond the first glow of marriage and the honeymoon period, relationships are often a duty. And if we are good at our duty, a deeper commitment and trust develops!

3. He Can Be Controlling

Here’s one of the things most irritate my clients about their Capricorn man—he’s controlling. He can get quite distressed when things don’t go his way, and his lack of flexibility can be a problem that only gets more challenging as he gets older.

If you can be the flexible one, that will definitely help.

Two control freaks in one household can make for a personality clash, and someone has to be okay with being second in command.

His controlling ways are sometimes not so bad, as he’s also incredibly organized and practical. He’ll always make sure there is a plan for disaster in place!

4. He Needs Structure and Routine

For a Capricorn man to be truly happy, he needs routine and structure. This means that he thrives when things at home and at work are at least mostly in order. This is a part of his controlling nature—and it can be hard for a woman who loves spontaneity!

However, if you can find a middle ground, then you have the best of both worlds. Because he does actually need that fire and spice in his life, or else he may become a bit boring—and bored.

However, it’s important to let him order his day as he sees fit and accept that he will have his set activities he does at certain times on certain days.

This helps him to make sense of what seems like a crazy world to him. Sure, he can be rigid, but once again, it’s just one of those things you’ll have to learn to live with!

5. He Will Work Long Hours

This may be hard to hear, but a major priority to a Capricorn man is his career. This may even come before you—maybe not all the time, but a lot of the time.

This means that he’s going to put in long hours at the office. And it’s probably going to drive you crazy at times! It may even make you feel unimportant. However, a Capricorn man needs a woman who gets his ambition—and not only gets it but supports him wholeheartedly.

He needs a teammate. Someone who will help him climb. If you’re going to be resentful about his career, it’s best you work on that, as it will never change.

6. He Needs Sensuality and Softness

Because a Capricorn man is so tough, detached, and seemingly rigid, he needs someone who is the opposite. Someone who helps him to open up, to be softer, who lets him express his feelings.

This guy is not as hard as he appears. He has a host of insecurities, which he hides or buries in his work. When he feels safe and “seen” by his partner, he will begin to gently lower his walls and let you in.

This is perhaps the most rewarding part of being married to a Capricorn man.

Read next: 9 Best Gift Ideas For a Capricorn Man

Capricorn is a cardinal Zodiac sign. Cardinal signs are known for being leaders and pioneers, not only at work but everywhere else, too.

This is one man that is going to take the lead in your relationship! For many women, this quality is ultra-sexy and attractive. It’s refreshing to have someone who knows what they want and how to get it!

Of course, he can be a little domineering, too, but that comes as a part of who he is—and it’s important that you know who you’re married to!

Now you have my top seven things to know about being married to a Capricorn man. So, if you’re looking to get to know your husband or future husband better, this list can be handy to refer to when you have moments of confusion or doubt! Or perhaps you’re just looking for a bit of affirmation on what you already know.

Have you noticed any challenges in your relationship with a Capricorn? Do you have any tips for smooth sailing? I’d love to hear from you in the comments!

If you’d like to know more about the Capricorn man, check out my blog right here: