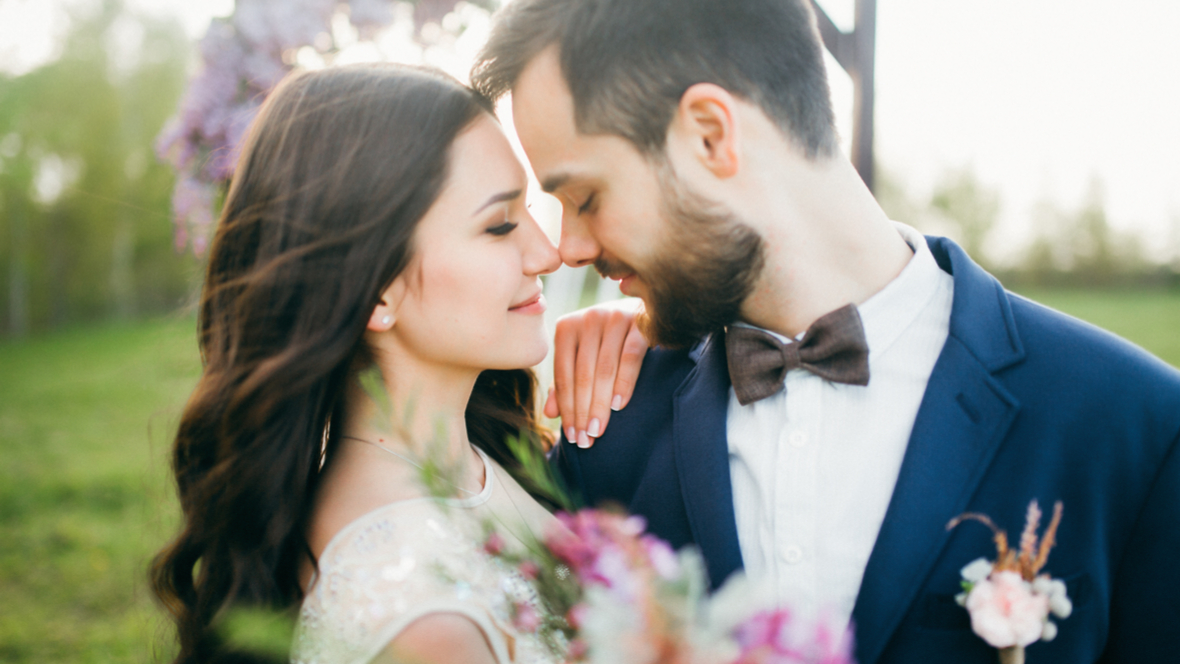 Are you madly in love with a Capricorn man and would like to marry him? Perhaps he’s either dragging his feet or isn’t ready. If he hasn’t asked you yet; there are some techniques you can try to romance him into marrying you.

Lucky for you, you have me! I will definitely reveal some things you need to know to get this guy to commit long term. Just simply keep reading to learn more about how to get a Capricorn man to marry you.

Capricorn men are hard workers and their career normally is very important to them. If he doesn’t have a career then perhaps he’s working hard at a job he has because he wants to make as much money as he can.

The Capricorn man is driven to do his best no matter what he’s working on and he wants to make sure that things keep going as smoothly as possible. In fact; many Capricorns are workaholics.

It’s not that they intentionally want to spend less time living; it’s that they want to make sure that their future will be secured and they always have a “nest egg” to rely on.

Even Capricorn men who become physically unable to work; they will still find a way to earn income such as doing writing or something else over the internet. Anything that lets him still make money will get his interest.

There are times where they may be juggling different projects or jobs in order to meet their own deadlines or quotas. They have their own ideas of how much they should make and when.

In essence; they are focused people when it comes to life goals and making money. Naturally, they would greatly appreciate a woman who is just as independent as he is and is passionate about making money as he does.

It’s easier for him to see eye to eye with a woman who matches his lust for being successful and prosperous than it is for him to get entangled with a woman who is needy, clingy, or uninterested in doing her personal best. Show him what you’ve got and that’s how you get a man to marry you.

Be Dependable and Loyal 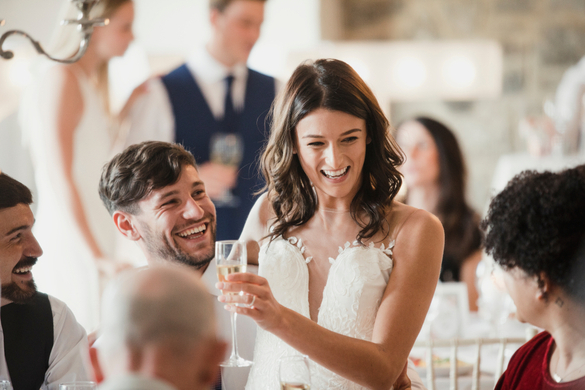 It’s really not too much to ask in the grand scheme of things. If you’re a woman who is the loyal type and will forever be someone he can lean on or go to when he has problems; you’re the girl he wants.

The thing is; you’ve got to prove this to him over time. Capricorn isn’t one who dives into marriage quickly. He has to see that you’re who you say you are and that you will be who you promise to be.

When he sees this; then he may feel more inclined to want to take part in nuptials with you. Until then; you’re going to have to prove to him that you are exactly what he’s looking for in a wife.

Be truthful, be honest, and be candid. He’ll appreciate the communication being open and easy to connect. This is not to say that you won’t argue but as long as you’re both open to each other; you should be able to work out anything.

No man likes a dishonest woman or a woman that he feels he cannot trust. This is not any different with a Capricorn guy. Always give it to him like it is and tell him the truth.

Always be there for him when he needs you. If you show him time after time that you aren’t going to be there then he will learn you are not someone he can rely on and he’ll move on.

Tell Him How You Feel 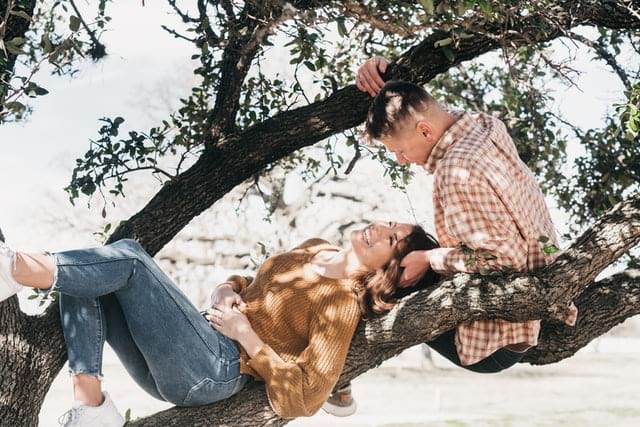 The best approach with a Capricorn man is to just be upfront about what your intention is. He always wants to know what you want with him or what you expect going forward.

On that note, you can simply have a conversation that leads to your life goals including getting married, having children, and continuing to be passionate about life all around.

Ask him if marriage and children are something he’d like to do one day. This is when you will find out if he wants it if he’s considered it, and maybe if he’s even thought about it with you.

Certainly, if he has given it thought with you then he may actually tell you. There is that chance he may say he’s not ready or that he doesn’t see marriage in his future. However; there is also that chance he will actually consider marrying you.

It’s a risk you’ll have to take. He wants to know how you feel and what you want. Try to express this to him. Naturally, once you bring it up and have gotten it out in the open; nagging him isn’t going to help you.

You brought it up; he has it in his mind and then you’ll have to let him sit on it awhile if he needs to. Again, he’s not going to dive in or hurry just because you want to.

If you really love him and you really want him as your husband; you’re going to have to let him have the time he needs to prepare himself and become comfortable with the idea of tying the knot.

I know it may seem scary to you to talk to him about your feelings but if you don’t then he won’t know. He’s not good a guessing. If you need clarity on where things stand then tell him what you feel and ask questions! 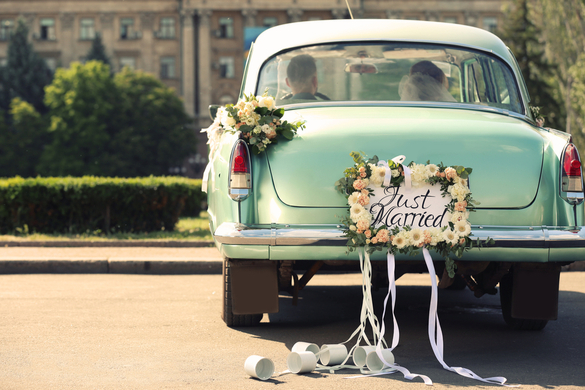 This is crucial if you’re to win the hand of your Capricorn man. While you know it may take him some time; you will need to understand that this is not a quick process for him.

He has to mull it over, weigh the pros and cons, and decide if YOU are the person he wants to make that commitment to. I know finding patience isn’t the easiest thing in the world but with this man; you’ve got to have it.

While you were honest enough to tell him what you want, now you must back off him a little and let him process it all. Either he’ll approach you and ask you to marry him or he’ll explain to you why he isn’t ready.

In the event he isn’t ready; you’ll then need to decide if you can wait for him to become ready or if you’d rather just move on to find someone who wants what you want faster. Is your Capricorn man worth it? Think it over.

You being understanding is how you can make a Capricorn man marry you. It’s about the only way that will convince him it’s the right thing to do honestly. He has to feel your belief in him.

It’s really easy once you get the hang of it all. You’ve now got some really important tips to how to make a Capricorn man marry you. You’re not really making him though, you’re coaxing him gently.

It’s not easy to get any man to just bend without some buttering up. Most men are hard headed in some way. If you learn how to talk to him and show him support, that will ultimately how you get a man to marry you.

Capricorn men sometimes seem hard core or hard to get but they are soft and gooey on the inside. You just have to be patient enough to break down his hard shell like a tootsie pop.

You’ve got this and you will definitely get what you want if you use some of these tactics. Just always take your time and think before you say anything to him. It’s crucial to have your words planned out.

Oh by the way, I found out something really neat! Super attractive and very talented actor, Jude Law is a Capricorn man! How awesome is that?! Now every time you see him, you’ll be thinking about it and seeing how he fits his sign.

Did you successfully get a Capricorn to marry you? Tell me how you did it because I’d love to know!

To learn more about Capricorn man and his needs, click here. It may help you better grasp who he is and what he’ll be like going forward.