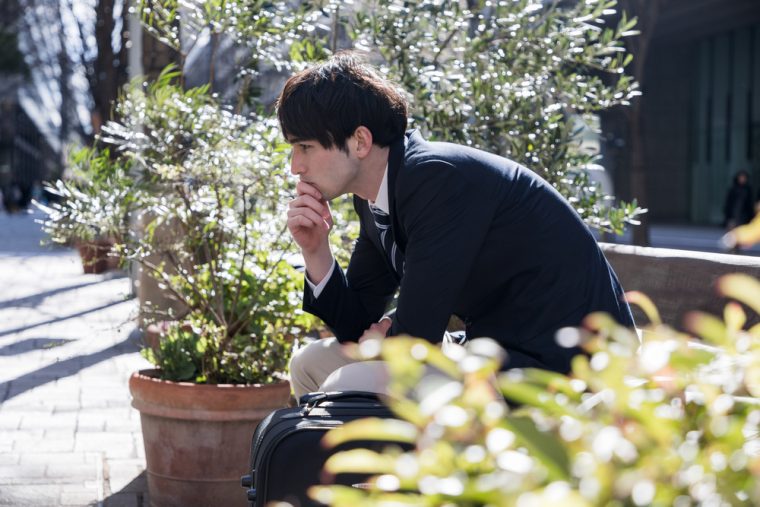 When a Capricorn Man Comes Back to You What Has to Be Done?

It’s a rare thing for a Capricorn man to come back after a break up. If he has decided to get back together with you, there are some reasons that you should be aware of. You should also keep reading to find out what you need to know about when a Capricorn man comes back to you.

Reasons Capricorn Man Wants to Come Back To You

If the Capricorn man actually wants to return to you and you want him, there is reason to rejoice. Why would have a change of heart to go from breaking it off to wanting to try again? Here are some typical things he considers:

If there wasn’t any resolve for the reason you parted ways then he may cool off, think about things for awhile, then return to try to discuss what happened and what can be done to fix it should you want another try.

He can be rather unreasonable but if he truly loves you then he’s going to want to figure things out. He may realize he broke it off impulsively or if you broke it off, he wants to understand why.

So no matter who broke it off, if he comes back around, it’s because he feels that there is still some hope of discussing things and starting from scratch to see if things can go very differently. Be open to him and communicate truthfully.

He Admires Your Strength and Influence

Once your Capricorn has gone away on his own and realizes how much you influenced his life in a positive way, he’s going to miss that. He’ll also miss you if you’re a woman strong enough to stand up for yourself.

In the case that you decided not to put up with any of his crap anymore and booted him out, he’s going to want to come back to you. He won’t accept failure and probably wants to try to do things differently.

Either way, if he comes back due to what he admires about you, he’s going to do his best to make sure that the two of you are able to make a better future together than the way things went previously. If you love him, allow him that courtesy. Don’t give up your conviction though.

If the two of you had plans to do things together in the future that were awe inspiring and helps both of you to realize your dreams, he’ll be back because he won’t want to do it alone.

The Capricorn man is a hard ass sometimes but when he truly bonds with someone and shares his deepest desires in life, he’ll find it hard to go back to being alone.

If Capricorn man returns to you because he remembers the dreams you had together, then he’s going to be open for talking about finding a way to make things better than they were before.

You have to decide for yourself if you still see him as being a future asset to your life or not. If he is then by all means, work with him and let him back into your heart. Just always keep in mind what broke you two up in the first place.

The Main Thing upon His Return

Keep in mind that if your Capricorn man comes back to you no matter what happened, he’s obviously still in love with you, sees a future with you, and wants to work things through.

You have to decide if it’s something you can get past or if he’s done so much damage that you cannot turn back. Infidelity is one of those things that’s hard to let go of and it’s understandable if you cannot work past it.

However, if it’s something that was rather mild that broke you two apart, then you two can for sure communicate and learn to talk things through. Perhaps one of you was too hasty or too emotional.

There is no harm in listening to him talk about his side of things and what he wants. Be sure to express to him what you feel and what you want as well. It’s very important to be on the same page for things to work out.

When you truly love a Capricorn man, you’re going to have to have patience. He needs someone who is strong, rational, and can stand up for herself, even if standing up for yourself means you break up with him.

Always stay true to yourself and know that if he really loves you, he’ll do what he has to in order to work things out with you. If you turn into a door mat and take him back no matter what he does, he’ll not respect you.

Be very careful and never let any man walk on you. Capricorn man can sometimes come off that way but typically they have such strong morals that their inner guide will tell them what is wrong.

He’s not perfect though. He can mess up, he can lie, he can cheat, and he can be flawed just like anyone else. It’s a matter of how bad it was and if it’s something that you can forgive.

See How It Goes but Watch for Signs

Loving him means accepting him. However, if you let him back into your life because you love him, watch out for red flags that would indicate he hasn’t changed.

If you were the one that got pissed and hastily called things off or caused him to break up with you then you yourself need to watch out for your own red flags or negative behavior. Try to find a way to be more optimistic and inspirational.

You’ll help inspire his life and most importantly, you’ll feel better about yourself. Finding the right side to things will help you to maintain a more positive attitude which generally improves your life.

If you’re ready to dive deeper and start your journey to unconditional love with your Capricorn man, you can purchase Capricorn Man Secrets here.

70 thoughts on “When a Capricorn Man Comes Back to You What Has to Be Done?”