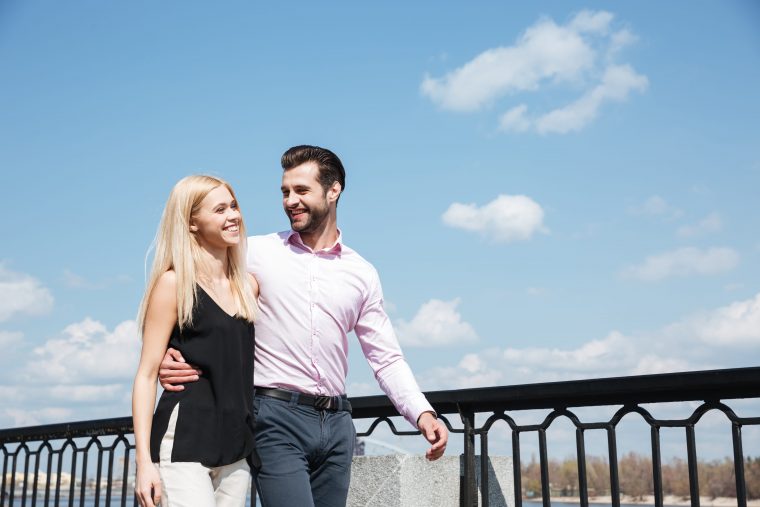 9 Signs Capricorn Man Wants to Commit To You

When you’re so in love with a Capricorn man and you want so badly for him to commit to you, how can you tell that he’s even ready? I can help you to see the signs he gives off when he’s just about there!

Commitment is something a Capricorn man takes very seriously.

If he’s truly ready, he will give off signs that he wants to dive in. Keep reading to learn the nine signs Capricorn man wants to commit to you…but first let’s take a look at six signs he’s into you in the first place!

Now that you’ve got an idea of how he acts when he’s in love or falling in love, you can determine if he’s ready for commitment or if he wants to take it slower and wait a while longer.

What Makes Capricorn Want to Run Away

It’s important to let you know what not to do so that your Capricorn man doesn’t run off and leave you with a broken heart. There are some statements that will cause him to do a 180, so beware!

The typical Capricorn man doesn’t like women who are rude, crude, clingy, needy, or who often put down the things he loves. If you make him feel as though he’s below you, he will drop you like a hot potato.

Just be careful how you talk to him. He wants to feel good, and he wants to feel appreciated, cared for, and loved—as long as you don’t cross the line into neediness.

Show him there is a balance between him and your life outside of him. That will impress him and inspire him.

Now that you know what to look for when a Capricorn man is in love and what turns him off like a light, let’s finally get into the signs that he’s ready to commit to you!

These nine signs are the keys to whether or not you’re about to take the next step with your Capricorn love!

It takes a Capricorn man a long time to fully commit to someone. When he does, it’s because the bond is special. You are special, and he wants you to be in his world for as long as you’ll have him.

I truly hope this helps you get to know the Capricorn man and his mind better when it comes to love. He’s not an easy one to establish a love with, but once you do, you’ll be glad you did. He isn’t someone to make this connection without thought. He’s picky, he’s unsure, and he’s careful.

Letting you in means that he’s ready to let his walls down and have a life with you. Don’t take that for granted. You’ve got to give it back to him so that he’ll feel loved and appreciated.

Love is a very big deal for this guy. He’s not the most emotional type. When he finally does speak up, he really and honestly means it.

If you’ve gotten to this point, be very sure you want your Capricorn man to take this step because you will absolutely crush his soul if you end up hurting him or pulling away after committing.

Speaking of committing, can you imagine capturing alluring actor Orlando Bloom for life? He’s a dreamy Capricorn for sure!

Has a Cap guy ever shown you any of these signs? I love learning from my readers, so go ahead and leave a comment below if you have questions or tips to share! It’s all anonymous.

If you want to know more about these passionate men and how they tick, check out my extensive blog on Capricorn men here: